Frequent scuffles over intellectual property rights are nothing new in the technology market. And, considering how blockchain has shaken up everything from share trading to blood diamond tracking, it’s only a matter of time before legal battles intensify.

On the face of this looming patent war, blockchain technology doesn’t lend itself easily to all intellectual property claims. In fact, the 2008 publication of Bitcoin and core blockchain technology published by the listed author under the pseudonym Satoshi Nakamoto, still restricts the patenting of anything that was disclosed in the publication. Critical additions, enhancements, and variations of the technology, however, can be still patented.

Blockchain patent filing on the rise

As the world gears up to leverage blockchain to foster new possibilities across industries, intellectual property rights are poised to play a critical role. The number of entities applying for patents for technology that uses blockchain as an underlying framework has consistently grown over the years. 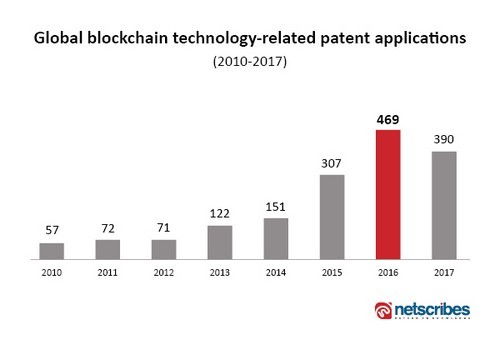 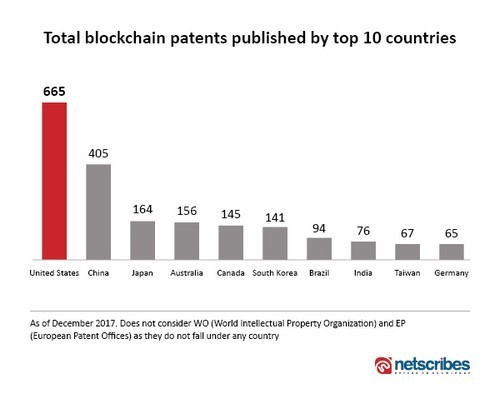 While there are different sectors that are making steady contributions towards this growth, the financial services segment takes the lead as the technology facilitates secure transactions. According to Netscribes research, over 50% of blockchain patents are for financial applications. Non-financial applications, such as healthcare and supply chain, account for 14% of blockchain patents. 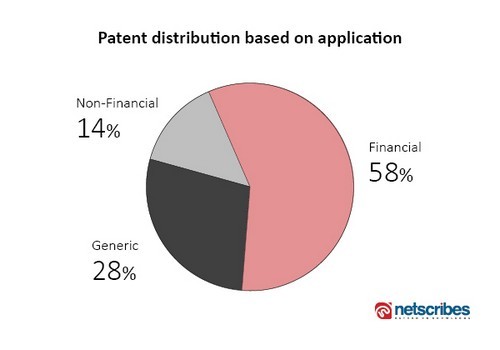 The majority of patent applications are focused on high-end payment mechanisms and encryption techniques based on blockchain. Banks and other financial institutions are increasingly leveraging the technology to provide better services to their customers in the form of smart payment gateways that can help secure cross-border payments and amount settlement. MasterCard, for instance, has submitted a patent for a “Method and System for Instantaneous Payment Using Recorded Guarantees”. The solution comes with a blockchain-based database that can process payments instantaneously, ensuring that merchants receive their funds within seconds rather than weeks.

Bank of America, on the other hand, filed nine blockchain patents related to transaction settlement and payments in February 2017. The multinational banking and financial services corporation has filed over 30 blockchain patents since 2016.

Similar innovative attempts to streamline payment systems are being made in other parts of the globe. The payment card giant China UnionPay, patented a system for connecting a network of ATMs using blockchain technology. With this solution, the company seeks to unite ATMs that can then act as a node within a technology network powered by blockchain to secure transactions. The network is expected to achieve higher uptime and security through handling transactions via a distributed database.

Going forward, as new developments continue to surface, patents filed for ancillary innovations will gain momentum. New terminologies will evolve along with concepts unheard of before, thanks to blockchain’s enormous potential across industries.

For custom research on blockchain technology and a deeper analysis of the patent landscape, reach out to us at info@netscribes.com.

Cybersecurity in defense and aerospace: Market forecast, trends and challenges