Sané, who won the PFA young player of year award after helping City to the Premier League title, missed out to Julian Brandt of Bayer Leverkusen, while manager Joachim Löw also opted to cut Bernd Leno, Jonathan Tah and Nils Petersen from his squad. 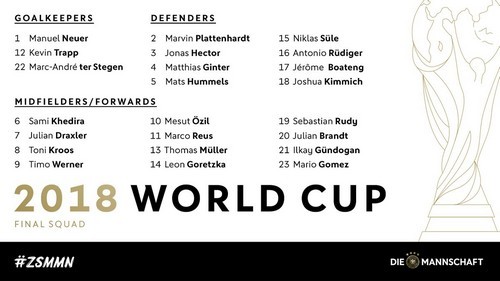 “There are certainly better days in the life of a national coach than when you must send four great players home who would have deserved to be at a World Cup,” Löw said at the team’s training camp in South Tyrol, Italy.

“You have to look at the big picture so we have a variable and well-balanced team prepared for all eventualities,”

Ronaldo and Portugal train for qualifier with Switzerland