There will have been at least one West Ham supporter who left Wembley on Wednesday night not completely overjoyed.

The Hammers produced a stunning comeback to beat Tottenham 3-2 to reach the quarter-finals of the Carabao Cup.

But in the post-match celebrations one of the 5,000 travelling fans took a tumble as he tried to catch captain Mark Noble’s shirt. 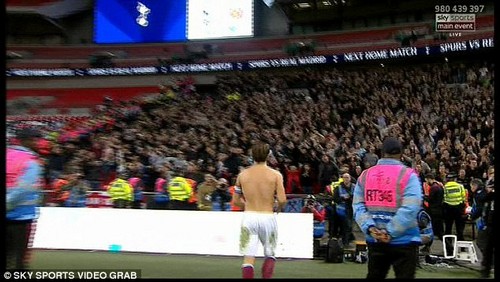 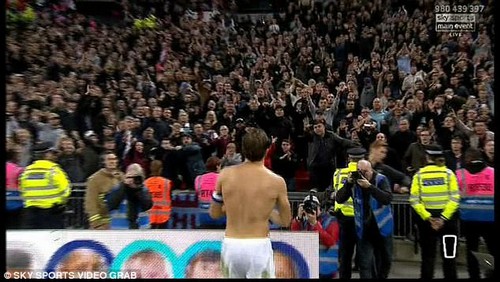 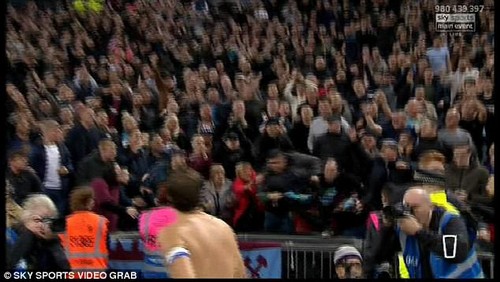 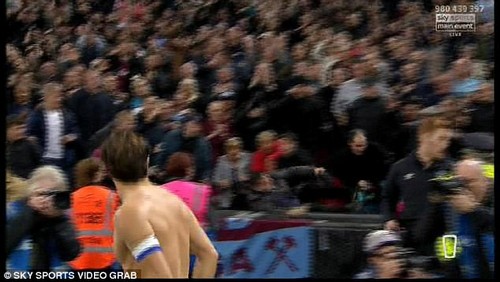 Noble blows a kiss to the travelling 5,000 West Ham supporters after the win over Tottenham

Noble had gone over to applaud the support the fans had given him and his team-mates during the game when he threw his shirt into the crowd.

The fan goes to catch the shirt as it flies into into the first row of seats only for him to lose his footing and go crashing into the steel barriers.

Hopefully when he returns home he’ll be able to watch back his side’s win over their London rivals.

He’ll also be a little happier watching it back now than he was when he saw Slaven Bilic’s men go two goals behind when Moussa Sissoko and Dele Alli both struck inside 37 minutes.

West Ham, however, appeared a different proposition in the second half.

Andre Ayew scored twice in five minutes to level the last-16 tie at 2-2 before Angelo Ogbonna scored the winner with 20 minutes left to play.

England train in Australia for first time on Ashes tour