There is no river quite like the Danube. Flowing through four capital cities – more than any other waterway in the world – the Danube has divided empires and been central to some of the most significant changes in our lifetime.

Who better to explain the events that have shaped its recent history than two special guests who will join The Mail on Sunday’s exclusive eight-day Secrets And Spies cruise: Sir Richard Dearlove, the former MI6 chief who served behind the Iron Curtain; and the BBC’s world affairs editor John Simpson, who has documented first-hand the region’s revolutions and regeneration.

Along with their fascinating insights, you will experience the wonders of this majestic river – from palatial Vienna and the historic old town of Bratislava, to the bathing houses of Budapest and resurgent Belgrade – all from the comfort of one of Scenic’s five-star Space-Ships.

The BBC world affairs editor has witnessed first-hand some of the great changes of our time in Central Europe. He will join you in the Hungarian capital to talk about his experience covering the fall of the Iron Curtain, with insights into the different ways nations freed themselves from communism, and the legacy of those crucial moments of history.

You will hear from Sir Richard Dearlove, who served behind the Iron Curtain before he was appointed the Chief of MI6. In a fascinating talk, Sir Richard will elaborate on the shifting geopolitics of the region, and the way intelligence operations have changed since he was a front-line case officer. He will also join readers on a tour of the old communist haunts of the Slovak capital, Bratislava.

3 Sail in five-star luxury ALL THE WAY

As you travel east from Vienna, you will sail in true style on board a Scenic Space-Ship. These luxurious 440ft-long vessels are among the finest in Europe, with a staff-to-guest ratio of one to three. There are up to six dining options, and facilities on board include a lounge bar, sun deck, pool, wellness centre and gym, and e-bikes for adventures ashore.

The balcony suites include a sun-lounge system, which transforms your balcony into an all-weather conservatory-style space, while all cabins have the same amenities: a private butler service for every guest, high-definition TVs, Mac mini system, L’Occitane toiletries and a minibar that is restocked on a daily basis.

After joining the Intelligence Service in 1966, Sir Richard served behind the Iron Curtain, as well as in Geneva, Paris, Nairobi and as station head in Washington DC. He was appointed the Chief of the Secret Intelligence Service, MI6, in 1999, a role he fulfilled until 2004, when he went on to become Master of Pembroke College at Cambridge University. In his spare time, Sir Richard paints, fly-fishes and explores rural Cornwall, the county where he spent his childhood.

The BBC’s world affairs editor has had a uniquely distinguished career, reporting from 132 countries, including 42 war zones. He has witnessed the fall of Ceausescu in Romania, Nelson Mandela’s release in South Africa, and the liberation of Kabul. His books include Dispatches From The Barricades: An Eyewitness Account Of The Revolutions That Shook The World and We Chose To Speak Of War And Strife: The World Of The Foreign Correspondent.

You will have the opportunity to explore all four of the capital cities on the river. Starting in the beautiful, baroque Austrian capital of Vienna, you will then sail onwards to Bratislava, where you will have the chance to wander its historic old town.

The next stop is Budapest, the wonderful Hungarian capital, and a city that has been transformed in the decades since communist rule came to an end.

Finally, you will disembark in Belgrade, the capital of Serbia which has a troubled past but a vibrant future.

All the excursions are included in the cost of the cruise – and there is a tantalising selection to choose from.

In Vienna, you can opt to visit the renowned Spanish Riding School or explore the former imperial summer residence at Schonbrunn Palace. You can experience the famous bathing houses of Budapest or witness the startling horsemanship at a show held at the Puszta Horse Farm.

The itinerary also takes you through some beautiful Croatian riverside towns, including Osijek and Vukovar.

Both still bear the scars of recent conflict, situated as they were along the fault-line of the Balkans conflict of the 1990s.

But these towns have now largely returned to their elegant, attractive former glory.

The price you pay includes all flights, transfers and meals on-board (with wine, beer and soft drinks included with lunch and dinner) as well as all shore excursions, butler service, talks and lectures, all gratuities and taxes and even an unlimited minibar (including top-shelf spirits and cocktails in your room).

Fly to the Austrian capital Vienna from a choice of regional airports. On arrival, you will transfer to your luxury Scenic Space-Ship, which will be your home for the next eight days. Enjoy a welcome dinner on board.

Choose from two fascinating excursions today: either a visit to Vienna’s world-famous Spanish Riding School, or entry to the magnificent former imperial residence, Schonbrunn Palace, one of the finest examples of baroque architecture in the city. Enjoy a welcome cocktail and the captain’s gala dinner. Afterwards, former MI6 chief Sir Richard Dearlove will give an exclusive talk discussing the role of MI6 in Europe and how the art of intelligence has changed.

You dock at Bratislava, the capital of Slovakia, this morning. Sir Richard will accompany readers on a tour of the city, exploring its communist past, before returning to the ship for a light lunch. The ship will then set sail for Budapest.

You wake up this morning in the magnificent surroundings of Budapest, where you will have the chance to explore the history of this remarkable city, including the Second World War bunkers beneath the castle district, Heroes’ Square and Matthias Church, one of the finest churches of the region. John Simpson will join you and give a talk about witnessing the communist era coming to an end, and the changes he has seen since. In the evening you have the opportunity to attend an exclusive classical music concert.

Points of interest: Hofburg Palace in Vienna, which was built in the 13th century

Today you will travel to Kalocsa, where you will disembark and travel to the Puszta Horse Farm, where there will be a horse-riding show, which is often cited as a highlight of this itinerary. The ship sails from Kalocsa in the early evening for Mohacs.

Wake up in Mohacs on the right bank of the Danube this morning. Again you have a choice of excursions: either travel to see the Zsolnay ceramic museum, which details the region’s history at the cutting edge of porcelain manufacture and design in the 19th Century; or you can take a trip to the wine-growing area around Villany and taste some of the region’s vintages. You will rejoin the ship for lunch before setting sail for Croatia.

Explore two fascinating Croatian towns today – Osijek and Vukovar. In Osijek, housed on the banks of the River Drava, you have the choice of a guided walking tour (including a visit to the fortress in the old town), a bike ride, or take a fishing tour (limited places). In the evening you will stop at Vukovar, the scene of fighting during the Balkan conflict, where you will have time to explore, before joining locals in nearby villages for a home-hosted dinner. Later that evening the ship will depart from Vukovar and sail towards Serbia.

You wake up today in your fourth capital city of this itinerary: Belgrade. After breakfast, you will take a tour of the city, including entry to the Tito memorial. After lunch, you will disembark and transfer to the airport for your return flight.

Return flights from a variety of regional airports.
Seven nights on a luxury Scenic Space-Ship.
All on-board meals with wine, beer and soft drinks included with lunch and dinner.
All shore excursions.
Exclusive talks and lectures from John Simpson and Sir Richard Dearlove.
All gratuities.
Transfers and taxes.

A vacation in Spain. Why you need to go to the Northern part?

Why Milan’s culinary scene is a must for any foodie 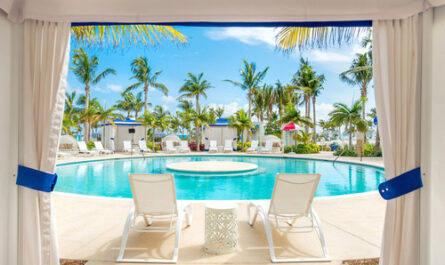