Moscow law enforcement authorities shut down a Tuesday night “Vulva 3.0” documentary screening in support of Yulia Tsvetkova, an LGBT activist who is being prosecuted for her drawings of female genitals.

Tsvetkova, 27, faces up to six years in jail on charges of distributing pornography for posting drawings of vaginas on her social media page dedicated to body positivity. She has been fined twice under a controversial law banning propaganda of “non-traditional” sexual relationships to minors for her drawings and for running LGBT-themed groups on social media.

“A police chief came down to the Flacon design factory and said: ‘This is not okay’,” Parshikov said. 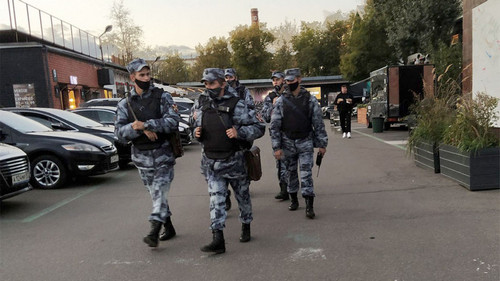 The unnamed police chief reportedly offered to take in a copy of the film to make sure it doesn’t violate the law on gay propaganda, “though we still can’t guarantee anything.”

Parshikov said organizers have postponed the screening of “Vulva 3.0,” a 2014 German documentary described as “non-sensationalistic research into the history of the female anatomy,” until a later date.

The National Guard later told the independent Dozhd news channel that its forces were not deployed to the screening’s venue.

President Vladimir Putin has created a new post in Russia’s National Guard to ensure ideological education and political unity amid questions over the country’s return to once-abolished Soviet practices.

The Russian military has gained political influence in both domestic and foreign policy since the 2014 annexation of Crimea from Ukraine and renewed geopolitical tensions with the West. In 2018, Putin created a “military-patriotic” directorate inside the Russian Armed Forces in an apparent bid to secure the loyalty of Russia’s estimated 1 million soldiers.

Putin signed a decree Monday adding “military and political work” to a list of powers held by the Russian National Guard. 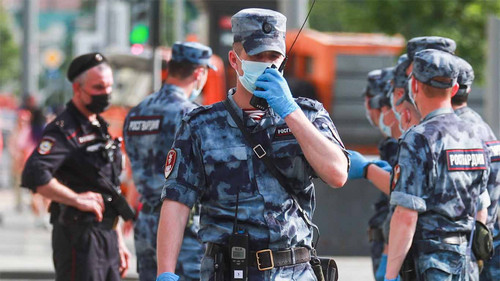 No further details of what that work entails were provided.

“We associate the proposals to create military-political bodies in the troops with the further development of the troops’ moral and psychological support,” National Guard head Viktor Zolotov said in March, when he first announced the upcoming changes.

Putin created the National Guard, an internal military unit with around 340,000 troops, in 2016.

The Soviet army employed political commissars who taught soldiers the Marxist and Leninist doctrine and made sure they stayed loyal to the ruling Communist Party. The position underwent several name changes after 1918 but continued to act as the Soviet military’s ideological underpinning until the Soviet Union collapsed in 1991.

After Putin resurrected the “military-patriotic” directorate in the Russian army in 2018, observers raised questions whether he was positioning the country toward a gradual return to Soviet practices.