Russian Foreign Minister Sergei Lavrov lambasted the West for failing to unite globally in the fight against the pandemic and its economic fallout, in an address to the UN Human Rights Council on Wednesday.

In his speech to the United Nations’ human rights body, Lavrov criticized the West for refusing to suspend sanctions in the wake of the global economic downturn triggered by the coronavirus outbreak.

“Unfortunately, despite the pandemic and the apparent need to consolidate our efforts, some of our Western counterparts refuse to reconsider their selfish ways and abandon their coercive approaches and unlawful methods of intimidation and pressure,” he said by video link.

He accused Western countries of having a “desire to take advantage of the pandemic to punish ‘undesirable’ governments.” 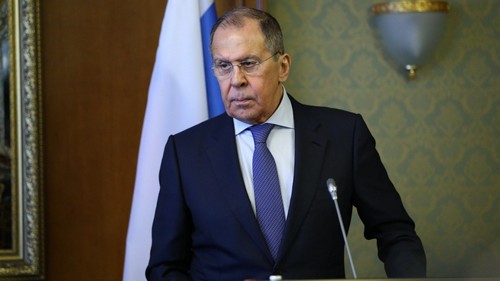 The European Union this week agreed to impose sanctions on four Russian officials over the jailing of Kremlin critic Alexei Navalny.

The move has further strained relations between Moscow and the West, which have seen tensions at their highest since the end of the Cold War.

The EU and the United States have hit Russia with a series of sanctions since Moscow annexed Crimea from Ukraine in 2014.

In recent weeks, Ukraine as well as Latvia, another former Soviet country, have banned a number of pro-Russian television channels.

Lavrov in his speech slammed the moves, describing them as “political censorship.”

“Those who for decades have been preaching about freedom of speech and expression to the whole world are now demonstrating intolerance of alternative views,” he said.

The Russian foreign minister also laid into social media platforms, which he said “openly manipulate public opinion by banning or censoring user content at their own discretion.”

EU could have digital vaccination certificates by summer, says Merkel

Digital vaccination certificates allowing people to travel in Europe amid the coronavirus pandemic will probably be available before summer, Angela Merkel has said.

Speaking after a virtual EU summit, the German chancellor said: “Everyone agreed that we need a digital vaccination certificate.” 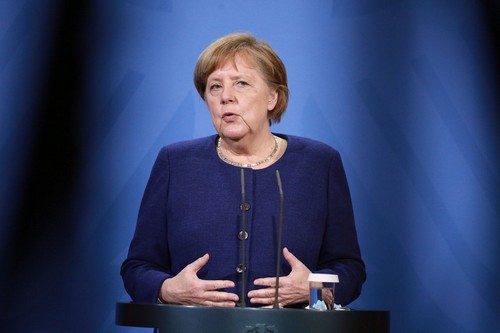 She told a press conference that the EU Commission would need around three months to create the technical basis for such documents.

Leaders discussed whether and when to introduce vaccine certificates, which could help smooth a return to travel throughout the continent and avoid another devastating summer holiday season.

France’s president, Emmanuel Macron, said he is confident EU leaders will agree on common standards to allow international travels during the summer, including through introducing vaccine certificates.

“None of us will accept that to attract tourists, one country would have looser rules than others and would be taking risks by making people come from the other side of the world to fill up its hotels,” Mr Macron said.

Southern European countries dependent on tourism, such as Greece and Spain, support such a system, but their northern EU partners have expressed doubt about whether the certificates would work.

Mr Macron said vaccine certificates cannot be a condition for travelling in Europe this summer since a large part of the population will not have access to vaccination yet.

He said tests may be required for non-vaccinated people.