The father of five serves as an elected member of his town council and director of marketing for a large hospital in Safford. He says he’s noticed a steady rise in the number of confirmed coronavirus cases impacting his community.

Though the rate of infections in his area seems far lower than the figures being reported nationwide – his county’s largest one-day number of new cases was just 14 when we spoke, and the US was reporting nearly 50,000 new cases daily at the time – Rapier says “there’s absolutely going to be quite a big uptick for us.”

Ryan Rapier lives smack in the middle of Trump country – a quiet, rural community in the southeast corner of Thatcher, Arizona – and he’s scared.

Rapier’s community was in some ways already isolated from much of the crisis, located nearly 150 miles from Phoenix and 120 miles from Tucson. The county’s initial absence of infections, paired with president Donald Trump’s insistence the novel virus was a “hoax” perpetrated by the Democratic Party, led many in Rapier’s town to resist wearing masks and obeying social distancing measures.

To them, the whole thing became an attack on their civil rights – as well as a way to express their support for the president.

“We weren’t being encouraged to wear masks until May really, and since we hadn’t really seen anything happening to our communities … I think there’s a lot of people who are really sceptical of the entire pandemic, which is very worrisome to me,” he says in a recent interview with The Independent. “The local and county health officials have been on top of this and sounding the alarm from the very beginning. They’ve done everything they can and should do. The leadership that has failed us is the leadership at the top, at the federal level.”

Trump “has lived all the way down to every single one of my lowest expectations for him,” Rapier says.“I have never been a Trump supporter, but from the time I became an adult I voted Republican in every presidential election, and was an ardent Republican up and down the line – up until the party nominated Trump,” he says. “I can’t even tell you how shocked and disgusted I was and how absolutely unbelievable it was to me that a party I believed in could go that route.”

“I am every day amazed how people find ways to support his latest vile display,” he adds. “I know I use a lot of adjectives that are maybe a little extreme, but I genuinely find the man disgusting, and dangerous, and bordering on evil.”

Rapier knew the candidate he voted for in 2016 had no shot of winning; however, he says he was never going to cast a ballot for Trump, and, as a lifelong conservative, couldn’t bring himself to support Clinton.

“The one difference in this go-around is Trump has become such a menace to this country in my opinion,” he says, while explaining his reasoning for the change of heart. “Now, with the pandemic and racial tensions we have going on – when you think it can’t get any worse, it does – I’ve decided that I will be voting for a Democrat for the first time in a presidential election.”

Rapier has every intention of voting for former vice president Joe Biden, the presumptive Democratic nominee, in his bid to unseat the Republican incumbent come November. He says the Trump presidency has made him more than just an anti-Trump voter: he’s now woken up to priorities and societal issues he never realised he was passionate about before the current president took office.

“The funny thing is, these last three-and-a-half years have been very eye-opening to me,” he explains. “When you get out of the bubble you’ve been used to living in, you actually realise how many issues you don’t agree with, but you simply support the position your party has taken.”

The now-independent voter says he officially removed his affiliation with the Republican Party in 2018, shortly after Trump withdrew US troops supporting Syrian Kurdish allies. He still aligns with conservative positions in many cases, Rapier notes, but says he’s had a reckoning when it comes to border control and immigration policy.

“The issues that have become important to me are more issues based on compassion,” he says. “The way we treat people on our southern border – I’m not open to simply opening the border and not having an immigration policy, but I’m also not in support of separating families.”

He adds: “We’re supposed to be, as Reagan said, a shining city on the hill. Shining cities on the hill don’t treat people that way.”

While the humane treatment of immigrants has become a new priority for Rapier, he says he’s always been a big believer in “financial responsibility”, noting how his time serving on the town council shaped his views about budgets and taxes.

“Republicans love to pass tax cuts,” he says. “And I’m not opposed to tax cuts, but now that I’ve served in a town government I recognise the need for revenue. And I recognise that, if you’re going to cut taxes, you better cut spending. We did none of that after the Trump tax cuts.”

Rapier says he’d be lying if he didn’t wonder whether his vocal opposition to the president impacts his re-election odds on the town council – but nothing is more important than unseating Trump.

“I’m not up for another two years, so I won’t have to deal with any blowback for this until 2022,” Rapier says. “Who knows, maybe people will have forgotten about all this by then. I doubt it.” 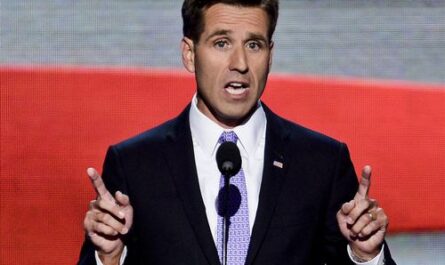 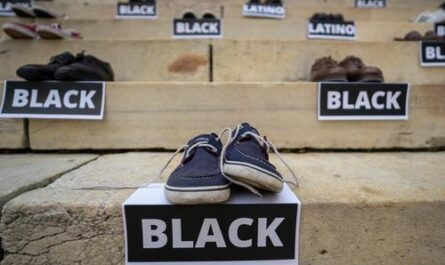