Google-owned YouTube sparked cries of censorship both in Russia and abroad when it blocked the “Smart Voting” video posted by Navalny’s team ahead of the Sept. 19 vote, citing a Russian government order.

The video recommended candidates that appeared most likely to defeat politicians from the pro-Kremlin ruling party after most vocal Kremlin critics were shut out from the ballot.

“When we work with governments, there are many things that we have to take in consideration, whether it’s local laws or what’s happening on the ground,” CEO Susan Wojcicki said in the platform’s first public comments since the video was taken down.

YouTube considers free speech to be one of its “core values” despite its removal of jailed Kremlin critic Alexei Navalny’s voting strategy videos ahead of Russia’s parliamentary elections, the video streaming site’s CEO told Bloomberg Television on Monday.

Google and Apple also removed Team Navalny’s Smart Voting app from their stores ahead of the vote, with news reports saying the companies bowed to Russia’s threats of serious criminal charges and incarceration of local staff.

But observers raised the alarm over the potential precedent set by YouTube, which has become a safe haven for Russia’s opposition-minded bloggers and activists to voice their opinions without fear of censorship.

“I think we really want to make sure that we’re working and serving audiences as much as we possibly can,” Wojcicki said, adding that “if it comes to a point where there’s an issue with the government, we’ll do our best always to work that out.”

Navalny, who was imprisoned in January and has seen his allies arrested or flee the country, has nonetheless aimed to dent the Kremlin’s grip on parliament from behind bars with his “Smart Voting” strategy.

He took to Twitter to criticize the U.S. tech giants, accusing them of acting as President Vladimir Putin’s “accomplices.”

“If something surprised me in the latest elections, it was not how Putin forged the results, but how obediently the almighty Big Tech turned into his accomplices,” Navalny tweeted. 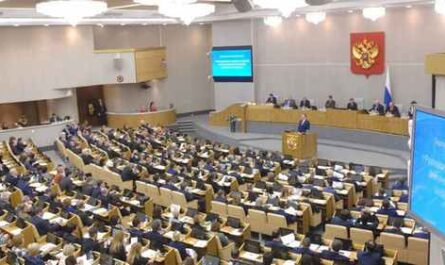