Public figures and ordinary Russians have appealed to President Vladimir Putin to expedite  housing promised to 1,500 elderly people whose parents were deported to the gulags under Stalin’s repressions.

“They still can’t come back,” 107 prominent artists, academics and executives said in an open letter published in the Kommersant newspaper.

Nearly 83,000 people signed a Change.org petition in support of the pensioners, demanding priority housing and an end to queues that could last up to 30 years.

“By the time their turn comes, they will be more than 100 years old,” the petition reads, referring to the so-called “Children of the Gulag.”

The Children of the Gulag continue to live outside the cities they were, or should have been born in, despite having been eligible for state housing in them since the Soviet Union collapsed in 1991. Russia’s Constitutional Court ruled in 2019 to grant them the promised state housing without delay.

The signatories of the open letter and the petition criticized the Russian government’s draft legislation designed to carry out the Constitutional Court ruling for failing to remove red tape.

Lawmakers rejected an alternative bill subsidizing housing for the Children of the Gulag.  But according to the opposition-leaning Dozhd broadcaster, they incorporated the rejected bill’s provisions into the government’s version in mid-December.

Stalin’s image has been over the years rehabilitated from that of a bloody dictator to  an “outstanding leader” who defeated the Nazis in World War II. Polls show a record number of Russians approving of his role in history and young people unaware of his repressions.

Putin, who revived the Soviet-style anthem and military parades, has called attempts to demonize Stalin a ploy to attack Russia.

Russian-speaking social media users have posted 10% more profanity-laced content in the two months since a law requiring platforms to delete them came into force than before, the RBC news website reported Sunday.

The same period in 2020 saw 18.3 million profane posts, according to Medialogia’s comparison of 66 Russian swear words and phrases across eight platforms. 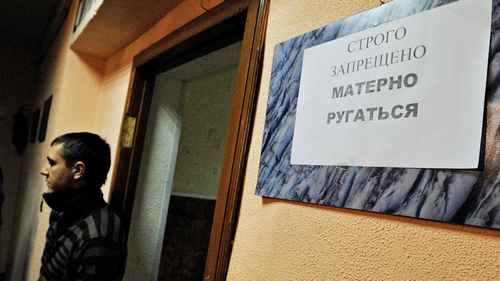 The 10% spike in the use of foul language came after amendments to Russia’s data protection laws banning swearing on social media entered into force on Feb. 1.

Medialogia observed a spike in profane social media posts in the first days of the new law, which experts said has sparked backlash among Russian users. The bill’s author, lawmaker Sergei Boyarsky from the pro-Putin United Russia party, argued at the time that his legislation did not aim to completely ban obscene language on social media but make platforms liable for its removal.

The latest law came as Russian authorities slapped Twitter with multimillion-ruble fines for failing to remove banned content under another new law that critics say is aimed at stifling the opposition.

President Vladimir Putin in 2013 introduced fines for Russian media that publish swear words with the stated aim of protecting children. A year later, Russia banned the use of swearing in public performances, including cinema, theater and other forms of art.

Public polling shows a growing number of Russians using social media in recent years, with around three-quarters of those surveyed identifying as regular users in 2021.