Kamala Harris has made her political career out of being the first. When she was just 40 years old, Ms Harris – who started out as a prosecutor in Alameda County, California – was elected as the district attorney for San Francisco, making her the first woman and first person of colour to hold that position.

She then became California’s attorney general in 2011, again being the first woman and the first person of colour to hold the position.

Upon winning her US Senate seat in 2017, she became the second black woman and first South Asian woman to serve as a congressional senator.

The California senator and former state attorney general has been a rising star within the Democratic Party, with her presidential campaign run for the 2020 election giving her an added boost to become a household name in American politics.

Born in Oakland, California, in 1964, Ms Harris, who identifies as black, was the child of academics. 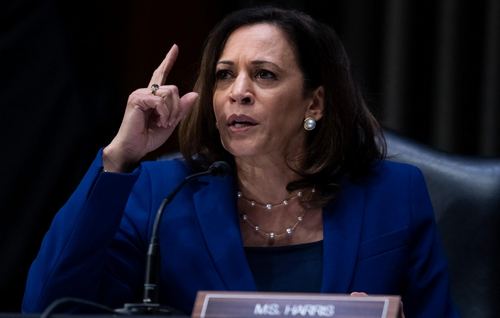 Her mother, Shyamala Gopalan, a breast cancer researcher, emigrated from India in 1960 to pursue a doctorate in endocrinology at the University of California, Berkeley. While in school, Ms Harris’ mother met Donald Harris, a Jamaican-born graduate student who emigrated from his country in 1961 to pursue economics at the university.

The couple married while they were still in graduate school and had their first daughter, Kamala, in 1964. Ms Harris’ sister, Maya, came two years later.

A majority of Ms Harris’s life was spent in California, with Berkeley and Oakland as her home cities until the age of 12.

As Ms Harris notably mentioned during the a Democratic Party presidential debate, she entered kindergarten during the second year of Berkeley’s school desegregation program. Two years prior to the enactment of the programme, Thousand Oaks Elementary, where Ms Harris was bussed to each day, was 95 per cent white.

“There was a little girl in California who was part of the second class to integrate her public schools, and she was bused to school every day. And that little girl was me,” Ms Harris said during the debate while targeting Mr Biden for his role in the Senate to oppose mandatory busing in the 1970s.

This was Ms Harris and Mr Biden’s most contentious moment during the presidential campaign.

She later withdrew her candidacy for the 2020 Democratic nomination in December 2019, placing her support behind Mr Biden on the public stage during a Michigan rally in March.

At the age of seven, Ms Harris’ parents divorced and she and her sister would split their weekends living with their father in Palo Alto, California. He would later become a Stanford University Emeritus Professor of Economics.

Besides living in California, Ms Harris also lived a portion of her life in college towns in the Midwest and moved to Montreal, Canada, with her mother – graduating from high school in Westmount, Quebec, in 1981.

“A very vivid memory of my childhood was the Mayflower truck,” she told the New Yorker in a 2019 profile. “We moved a lot.”

Her upbringing was described as “matriarchal” in her 2019 memoir The Truths We Hold.

“Shyamala and the girls,” Ms Harris wrote, devoting pages of her memoir to her mother. “My mother cooked like a scientist. She had a giant Chinese-style cleaver that she chopped with, and a cupboard full of spices. I loved that okra could be soul food or Indian food, depending on what spices you chose.”

The vice president candidate has since followed in the footsteps of her mother, who died of colon cancer in 2009, by discovering her own passion for cooking.

Ms Harris attended Howard University, a historically black college, in Washington DC, double majoring in political science and economics, and got her first dose of the political sphere by interning as a mailroom clerk for California Senator Alan Cranston. Law school brought Ms Harris back to her home state as she earned her Juris Doctor from the University of California, Hastings College of the Law in San Francisco.

While gaining experience as prosecutor, Ms Harris connected herself with other political allies, including now-California governor Gavin Newsom, who was looked at as her political equivalent and “sibling” in the state’s politics.

Prior to the 2016 election, she and Mr Newsom worried they would end up competing against each other in the California gubernatorial election, as it would’ve been the ideal next step in both of their careers. But then a US Senate seat opened, allowing Ms Harris to pivot towards the political national stage.

She also aligned herself with Willie Brown, who served as mayor in San Francisco from 1996 to 2004. Mr Brown appointed Ms Harris to positions on the California’s Unemployment Insurance Appeals Board and the California Medical Assistance Commission. The pair also briefly dated 20 years ago at the start of her political career.

Other allies Ms Harris picked up while attorney general included the former vice president’s late son Beau Biden, who served as Delaware’s attorney general, and President Barack Obama, who once called her “the best looking attorney general” in the country. He later called Ms Harris to apologise for the comment after critics said it diminished her professional accomplishments.

Ms Harris has faced backlash during her years as a prosecutor after describing herself as a “progressive”. Critics have claimed Ms Harris veered more towards the “tough on crime” era of the Democratic party, which was popular in the 1990s into the 2000s, instead of being progressive.

When looking at her background as a prosecutor, Ms Harris contradicted herself on multiple counts. She pushed to help people find jobs instead of putting them back in prison, but then also fought to keep people in prison even after they were proven innocent. Ms Harris also refused to pursue the death penalty of a man convicted of killing a police officer but would later defend the California death penalty in court.

These contradictions could be due to Ms Harris’ background. She was raised by parents who championed civil rights causes but had to balance that with her role as a criminal prosecutor. Being one of the few black women in a field dominated by white males – one study found only 1 per cent of elected prosecutors in the US were minority women – put Ms Harris under harsher public scrutiny.

But she also implemented popular policies during her time, like requiring body cameras at the California Department of Justice and creating OpenJustice – a database that allowed public access to criminal statistics obtained by the state.

Ahead of her run in Congress, Ms Harris married California attorney Douglas Emhoff in 2014. The couple have no children together but she is the stepmother to Mr Emhoff’s two children from a previous marriage. As her Twitter bio states, the children refer to Ms Harris as “Momala”.

Ms Harris made a name for herself by being a tough questioner during Senate Judiciary Committee hearings once on Capitol Hill as a junior senator.

She pressed now-Supreme Court Justice Brett Kavanaugh on his unwillingness to ask the White House to conduct an FBI investigation into the sexual abuse allegations against him. Another area Ms Harris grilled the judge on was whether he sought counsel from a law office connected to Donald Trump. These moments went viral on social media, earning Ms Harris accolades from supporters invested in the hearings.

Amid the unrest across the country regarding police brutality, Ms Harris became a lead sponsor of a joint Senate-House Democratic police reform bill, which would ban chokeholds and no-knock drug warrants for federal drug cases among other initiatives. With all eyes on her during the vice president race, she also vocally slammed Republicans for their version of a police reform bill, stating it was “empty”.

Ms Harris found herself at the top of Mr Biden’s vice president considerations given her background and similar politics she shares with the presumed Democratic candidate – their political views both veer just left of centre.

Although the pair had multiple public spats during the Democratic debates – one of which involved Mr Biden mentioning he was a “public defender … not a prosecutor”, a clear shot at Ms Harris’ record as a city and state attorney general – the Biden campaign has pushed to bury any animosity.

When addressing rumours of contention, Mr Biden said in an interview he did not hold “grudges” against Ms Harris for what was said during the presidential campaign.

Her background serving in two statewide offices – attorney general and US senator – arguably made her the most accomplished out of any of the other female candidates up for consideration.

“As much as anything else, it is also to create that path for those who will come after us.” 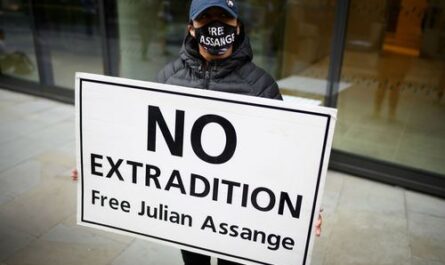 Julian Assange faces ‘effective life sentence’ if convicted in US, court is told