India has extended the ban on flights to and from the UK till 7 January after it found 20 cases of the new Covid-19 variant in people who returned to India from Britain in the last two days.

India’s civil aviation minister, Hardeep S Puri, announced the new decision on Wednesday on Twitter. “Decision has been taken to extend the temporary suspension of flights to & from the UK till 7 January 2021,” he tweeted.

“Thereafter strictly regulated resumption will take place for which details will be announced shortly,” Mr Puri said. According to the ministry, between November 25 and December 23, about 33,000 passengers arrived at various Indian airports from the UK.

“All these passengers are being tracked and subjected by states to RT-PCR tests. So far, only 114 have been found positive for all variants of the virus,” the Ministry said.

The Indian government had announced a week-long suspension of flights between the UK and India till 31 December, joining a long list of countries that have prohibited flights from Britain amid rising concerns about a new variant of the coronavirus which is nearly 70 per cent more contagious. 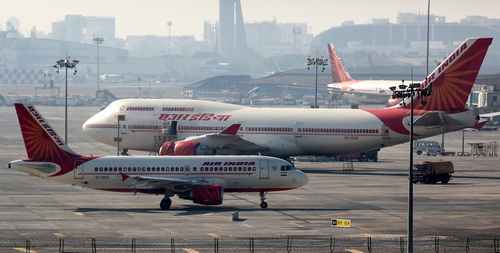 The health ministry said it has kept all 20 people in isolation and their close contacts in quarantine. “All these persons have been kept in single-room isolation in designated health care facilities by respective state governments. Their close contacts have also been put under quarantine. Comprehensive contact tracing has been initiated for co-travellers, family contacts, and others. Genome sequencing on other specimens is going on,” the Ministry said.

The country had already begun direct genome sequencing of samples from all passengers who arrived in India between 9 to 22 December, tested positive for Covid-19 or were symptomatic, even before the ban was announced.

The new variant of coronavirus was first reported in the UK and now the first few cases have been reported from Denmark, Netherlands, Australia, Italy, Sweden, France, Spain, Switzerland, Germany, Canada, Japan, Lebanon and Singapore. The variant is said to be more contagious than Covid-19, however, it’s not yet clear if it is also more severe.