Israel’s longest-serving premier thanked voters on Tuesday night, saying: “You gave a huge win to the right and Likud under my leadership. Likud is the biggest party by far. It’s clear most Israelis are right-wing, and want a strong, stable right-wing government.”

However, predictions published after polls closed suggest the prime minister and his religious and nationalist allies will ultimately fell short of a parliamentary majority, meaning there is no clear winner in the tight race.

Exit polls on Channel 11, 12 and 13 showed Likud winning between 31 and 33 seats out of 120 in the Knesset — nearly double the number of his main contender, the centrist Yesh Atid party, which came in second.

Mr Netanyahu in a strong position to be tasked with forming the next government, but overall his bloc has not secured enough to easily build a ruling majority.

Exit polls have been notoriously inaccurate in Israel in the past, but if they prove to correct the predictions raise the spectre of months more political wrangling and even the possibility of a fifth election. 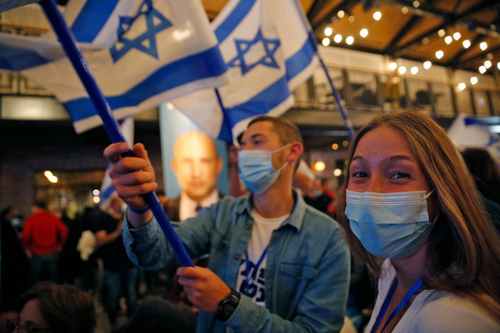 No party in Israel’s history has ever secured an outright majority, and so instead the faction with the most seats is given the mandate to try to build a coalition with allies. In a close contest such as this, exit polls are only the starting point of frantic backroom talks to determine who ultimately takes power.

All three channels predicted Mr Netanyahu could secure a knife-edge one-seat majority if he is able to woo right-wing party Yamina, which is headed up by former defence minister Naftali Bennett. Yamina’s predicted seven or eight seats could push his bloc tally up to 61.

Mr Bennett, who has had a fraught relationship with Mr Netanyahu as an intermittent political partner, remained coy.

Asked if he would forge a coalition with the prime minister, the “kingmaker” replied: “I shall do only what is good for the State of Israel.”

Without Yamina, the pro-Netanayahu bloc trails behind the anti-Netanyahu coalition of unlikely political bedfellows: left-wing, centrist and rght-wing factions, nominally headed by Yesh Atid chairman Yair Lapid. All three main polls give the anti-Netanyahu bloc 59 of the seats, just two short of a majority.

There is huge pressure on all sides to form a government after three previous inconclusive votes. Mr Netanyahu’s popularity has wavered as he campaigned under the shadow of a trial on corruption charges and the pandemic which his critics say he poorly handled.

Israel’s five-term premier was keen to point out the success of Israel’s vaccine roll out on the campaign trail. On Tuesday, the authorities created hundreds of additional mobile Covid-19 polling booths for those infected while nurses took in ballot boxes to those who were too sick to get up form their hospital beds.

This is despite the bad news: the Joint List is expected to take just nine of the seats, a considerable drop from the 15 they secured in the last election.

The drop may be due in part to the creation of a new split-away party, Ra’am, headed by Mansour Abbas. But according to the polls, Ra’am did not securethe 3.25 percent of votes required to push them over the threshold into parliament.

Join List chief Ayman Odeh told Channel 13: “I’m not happy that Mansour Abbas has not passed – I am broken by the split between us.” At the same time, Mansour Abbas insisted: “By the morning, we will pass the blocking percentage.”

Another loss was for centrist party Blue and White, which is headed up by the country’s incumbent defence minister Benny Gantz. In the last string of Blue and White had consistently swept more than 30 of the seats before ultimately forming an unpopular unity government with Mr Netanyahu which collapsed in December. According to the exit polls the party’s power in the Knesset had shrunk to around eight.

Gantz, who had signed up to a prime ministership rotation deal with Mr Netanayhu, struck a sombre note.

“Starting tomorrow, I’ll do my best to unite the pro-change block,” he said of the alliance of Mr Netanyahu’s opponents. “And if we are forced to face a fifth round of elections, I will vigilantly protect our democracy, rule of law and security. Because Israel comes first.”

At polling stations across the country, the unifying plea from the voters was the end of the nightmare cycle of elections.

“This election will, I hope, be the last for 4 years,” said Esti, 60 who was leaning towards voting for Netanyahu in Jerusalem although she was disillusioned by his corruption trial.

“I wish everyone would come together and put an end to all of this …..it’s very hard on us citizens.”

“I’m worried about the toll it will have on us the people. We are already paying a lot of taxes, and the economic situation isn’t improving as promised, given the pandemic effects are still felt,” he told The Independent.

“Netanyahu keeps saying that we are in the best economic situation of all nations of the world, but he lies, and people know it. They are struggling to survive.” 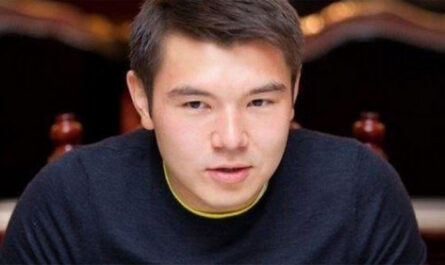