The Joe Biden presidential campaign has a Florida problem. Several recent polls in the state spell trouble for the former vice president among Florida Hispanics, even in Miami-Dade, the state’s most populous county and one on which Democrats usually can count on sweeping.

According to a poll conducted for Democratic Latino research firm Equis and released last week Biden leads Trump among Hispanics by 53-37 percent – this is 11 points lower than what Hillary Clinton received in 2016 exit polls, and she lost the state to now-president Donald Trump.

Most concerning for Team Biden, Biden is underperforming among Florida’s Hispanic voters, while Donald Trump has marginally increased his numbers from 2016, according to the Equis poll and also another one released for the pro-Biden PAC Unite the Country.

Additionally, a poll of Miami-Dade county conducted by Bendixen & Amandi found Biden is up 17 points, below Clinton’s 2016 levels and also behind ex-senator Bill Nelson and former candidate for governor Andrew Gillum in the 2018 midterms.

These numbers in Miami-Dade and among the Hispanic community in Florida have certainly contributed to numbers in the whole state. An NBC News/Marist poll of the entire state found Trump and Biden in a dead-locked tie, both at 48 percent.

As NBC’S Mark Murray put it: “The big story inside this Trump-Biden tie is that Biden is underperforming among Latinos (vs. Hillary Clinton four years ago).” 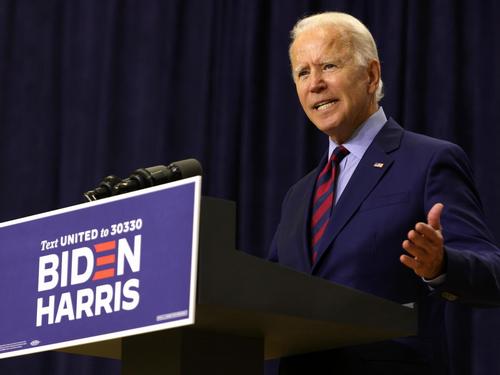 Assumptions that are typically made about Hispanic voters, like that they always vote Democrat, just don’t apply to the Florida Hispanic electorate, and that is because Florida’s Hispanic population is nothing like that of the rest of the country.

Because the U.S.’ Hispanic population is mostly Mexican, people tend to overlook Hispanics from other countries such as Colombia, Cuba, Nicaragua Puerto Rico and Venezuela – the nationalities that make up most of Florida’s Hispanic population.

These Hispanic voters tend to have a different ideology than Mexican-Americans, with their main priority often being preventing the U.S. from going the same way their home countries went. This is why the majority of Hispanic Republican registered voters are located in South Florida, where Cubans, Venezuelans and Nicaraguans have made a home after fleeing socialism in their home countries.

The Trump campaign understands this community’s aversion to anything they remotely associate with socialism and they have tailored its rhetoric this time around to target this group specifically. While Trump’s 2016 attacks focused on Hillary Clinton as a person and candidate, his 2020 rhetoric is much more centered around defeating socialism and going after Latin American dictators, a message more alluring to Florida Hispanics.

As Politico reported, the Trump campaign has outspent Biden in Spanish-language ads and is meeting Florida Hispanics on their terms, even using Whats App to campaign, viralizing videos depicting Democrats as socialists, putting emphasis on democrats such as Alexandria Ocasio Cortez, Bernie Sanders and Ilhan Omar.

There is no doubt that the growing Venezuelan population in Florida, which has more than tripled since 2000, is making a dent in the state’s politics, not only because of their voting ability but also because of their staunch anti-communism activism, only matched by the fierceness of the activism from Cubans that arrived in South Florida decades before them.

The Republican Party won a generation of Cuban-American votes, the largest Hispanic block of voters in the sate, when John F. Kennedy didn’t send in troops to support the Cuban counterrevolutionaries at the Bay of Pigs, demonizing the Democratic Party for decades in the eyes of Cuban exiles.

More than 50 year later Cuban-American ties to the Republican Party remain.  While their vote seemed to be shifting towards blue during the 2008 and 2012 elections, many have returned to the GOP during the Trump era, as the president has focused on cracking down on Cuba. In Miami-Dade, nearly 75 per cent of registered Republicans are Hispanic, mostly of Cuban descent.

Many Venezuelans share this disdain for the Democratic Party, as they see the Obama administration as having been too soft on Castro-Communism and allowing its spread throughout the region. Obama’s decision of reopening relations with Cuba, and those pictures at the ball game with Raul Castro, didn’t help either.

The Cuban and Venezuelan communities in Miami have been upset by several Biden and DNC policies. For example, the fact that Biden considered Karen Bass as his VP candidate, given that she has a history of praising Castro. The Cuban community is so influential that Bass tried doing damage control, but it was too late.

Many Latin Americans also believe the DNC will do nothing to combat the Venezuelan and Cuban dictatorships because, in a win for the progressive win of the Party, the DNC’s platform stressed there would be no “regime-change” policies.

“Joe Biden is offering the same thing the Obama administration did – to renew diplomatic relations with Cuba, specifically. He was the one to cancel the wet feet, dry feet policy,” said Esteban Hernandez, a coordinator for the Miami-based organization VEPPEX (Venezuelans Persecuted in Exile).

“That doesn’t only generate rejection in the Cuban community but also in the Venezuelan one because we understand our countries are being assaulted by exactly the same evil,” Hernandez added.

Trump saw an opportunity and put aside his usual isolationism to focus on Venezuela. While he hasn’t achieved the goal of overthrowing Nicolas Maduro, Venezuelans still thank him for taking up the cause, and he may have obtained the growing Venezuelan-American vote for the Republican party for a generation in doing so.

A poll by the University of Northern Florida’s Public Opinion Research Laboratory released on Tuesday shows that seven out of ten Venezuelan-Americans plan to vote to re-elect president Trump. While there are only about 100,000 Venezuelan votes in Florida, Trump beat Clinton in 2016 by only a little more than 100,000 votes.

Puerto Ricans, on their part, are the second-largest block of Hispanic voters in Florida, but while Democrats are hoping to get the votes of Puerto Ricans who moved to Florida after hurricane Maria, and may be upset with Trump’s handling of the crisis, their voting participation rates were not high in the 2018 midterms.

The rest of Florida’s Hispanic votes are a mix of mostly Colombians, Nicaraguans and Argentines – all countries with experience with the “21st Century Socialism,” Pink Tide in Latin America. While Colombia didn’t follow the trend during this time when socialist rulers was ruling most of South America, they have received millions of Venezuelan refugees and are acutely attuned to the crisis in the neighboring country.

But Fabio Andrade, a Colombian lawyer and Miami resident, told the Independent that Hispanic support for Trump is not just about the rhetoric against socialism, but Trump’s achievements as president, particularly with the economy.

“Biden has associated himself with the most radical people in his Party, and this scares the Hispanic community who has experience with that kind of socialist radicalism,” he said. “But it’s more than that. What I hear from Hispanics, including Democrats, is that the economy and their income were doing really well before the pandemic and people give him credit with that.”

But for one Venezuelan Miami Trump voter who asked to remain anonymous, it is indeed all about the S-word.

“I see red flags when I hear someone offering to defund the police. I’ve heard that from Chavez,” he said about the Democratic Party, adding that he doesn’t believe Biden is any different from the more radical factions of his Party.

“They’re all the same. Biden was with Obama when the Iran deal happened and when relations with Cuba re-opened. Democrats want to get closer to these type of characters around the world.”

Many Hispanics in Florida share a concern that a Democratic administration will remove sanctions on the authoritarian regimes in their home countries.

The Biden campaign certainly seems to be listening to polls coming out of Florida, as they have greatly increased their outreach to Hispanics in the state by touching on the issues they care about and creating specific outreach groups such as Colombians with Biden, Cubans with Biden, etc.

In recent days Biden has personally addressed both Cuba and Venezuela, slamming Trump’s “failed” policies on these countries.

“Trump has done nothing to advance democracy and human rights; on the contrary, the crackdown on Cubans by the regime has gotten worse under Trump, not better,” Biden said in a Sunday interview with NBC’s Miami station.

Notably, unlike in an April interview with CBS Miami, Biden wouldn’t go as far as saying he would go back to the Obama-era policy of greater engagement with Cuba, and instead said he would pursue a policy of advancing the interests “and empowering the Cuban people to freely determine their own outcome, their own future.”

Biden who, unlike Trump, has promised Temporary Protected Status to Venezuelans. also said Venezuela “is no closer to a free election, and Trump’s, Trump’s incoherent approach is alienating international partners.”

For the Biden campaign’s team, the GOP’s rhetoric about socialism is an attempt to spread fear among victims of socialist regimes.

“For the Trump campaign, it’s easy to just go with a label to hide from all these failures instead of facing the real problems,” Biden’s Florida Deputy Communications Director Luisana Peres told The Independent. “Unfortunately the Republican side is just trying to use fear  in our community to distract voters from the real issues that our country is facing like the poor response to COVID-19 from Donald Trump that’s actually impacting the Hispanic community heavily.”

Now, while Biden is underperforming with Hispanics, he is over-perfoming with white voters, who are still the supermajority in Florida’s electorate and could carry the state with this voter block. However, these polls show a trend that could be concerning for Democrats in the long-run.

For Giancarlo Sopo, Director of Rapid Response for Spanish-Language Media, Trump’s gains with Florida Hispanics are not only because of the GOP’s anti-socialism rhetoric, but also in part caused by the Democratic Party’s shift to the left, and the increasing prominence of figures like Bernie Sanders and Alexandria Ocasio Cortez.

“Joe Biden faces serious policy and cultural headwinds among Hispanics that will outlast his campaign: Hispanics lead the nation in entrepreneurship, while Biden is moving farther to the left. Leftists are ideologically predisposed to describe people as victims, but Hispanics view ourselves as winners who are blessed to live in America,” Sopo told The Independent.

“Hispanic cultures are rich and lively, while the Democrats have become too preoccupied with political correctness. A great example of this cultural disconnect is Biden’s’ insistence on imposing the absurd ‘Latinx’ label on us, which virtually no Hispanics use and many find offensive.” 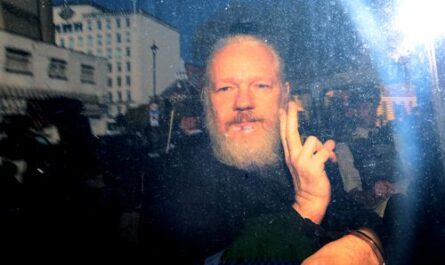