Donald Trump took his war against “fake news” to the UK on Friday, using the term as a means to row back on his criticisms of the British prime minister in an interview with the Sun, and to refuse once again to take a question from CNN at a press conference.

The remarks look spontaneous, but they might also be viewed as a Trump masterclass in a set of communication tactics traditionally shunned by western democracies.

Blunt and rude, the attack on one of the US’s biggest mainstream news outlets shocked many British viewers unaccustomed to such conduct by a head of state, especially an American, especially in the setting of a press conference with their prime minister, Theresa May. 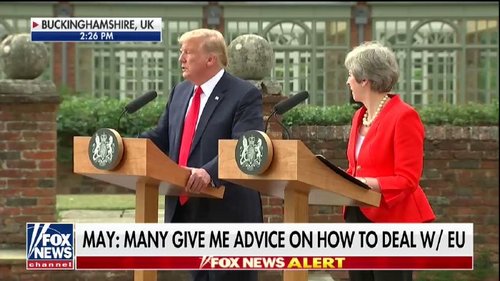 For many American viewers inured to Trump’s hostility toward the media, however, there was another element of the press conference that was equally disturbing: the unmistakable signs that Trump had once again exercised his ability to steer a conversation through simple repetition of whatever it is he is selling.

Standing next to May, Trump opened the event by saying the interview he had given to the British tabloid newspaper the Sun, in which he criticised May’s handling of Brexit and threatened to kill a prospective US-British trade deal, was “fake news”.

Trump had done so, and the Sun had audio tape to prove it. But for the president, when he uses the term “fake news”, it does not only mean news whose accuracy he questions; it also means any news that is negative for him.

“The Fake News is working overtime,” Trump tweeted in May. “Just reported that, despite the tremendous success we are having with the economy & all things else, 91% of the Network News about me is negative (Fake). Why do we work so hard in working with the media when it is corrupt? Take away credentials?”

Trump’s communications strategy of repeating false accusations while also shifting his position from a stance that he held just moments before, is an exercise in Orwellian doublethink. Witness a statement issued by the Sun after the press conference, in which the paper denied that Trump had branded its interview “fake news”.

Here’s what Trump said on Friday about the Sun’s interview: “Unfortunately, there was a story that was done which was, you know, generally fine, but it didn’t put in what I said about the prime minister, and I said tremendous things, and fortunately we tend to record stories now, so we have it for your enjoyment if you’d like it, but we record when we deal with reporters. It’s called fake news.”

Here’s the Sun’s statement: “We stand by our reporting and the quotes we used – including those where the president was positive about the prime minister, in both the paper and in our audio – and we’re delighted that the president essentially retracted his original charge against the paper later in the press conference.

“To say the president called us ‘fake news’ with any serious intent is, well … fake news.”

One of the maddening features of Trump’s communications technique is that even as he masquerades as a factchecker, he simultaneously tells towering, easily debunked lies. The May press conference offered up a gem of the genre, when Trump went on a riff he has used before about how he had predicted Britain’s decision to exit the European Union when he opened his golf course at Turnberry in Scotland.

That visit came on 24 June 2016, the day after the British referendum, when the leave victory was already confirmed. One cannot predict something that has already happened.

The sheer dogged efficacy of Trump’s tactic to repeat lies until they come true in the minds of others was illustrated by the declaration on Twitter of Stephanie Grisham, the press secretary for first lady Melania Trump, that she had seen Trump’s prediction – which didn’t happen – with her own eyes. She even claimed to have photos.

Nope. I have photos. I also have a newspaper from the morning after Brexit. I remember sitting in a pub the night before, watching the results come in.

Ultimately and dismally, there were signs that Trump’s act of letting fly with “fake news” accusations, while brashly denying reality, may be rubbing off on May.

“I said very good things about Theresa May,” Trump said of the interview with the Sun. “ I don’t think they put it in, but that’s all right. I said to Theresa May I wanted to apologize, but she said, ‘Don’t worry, it’s only the press.” 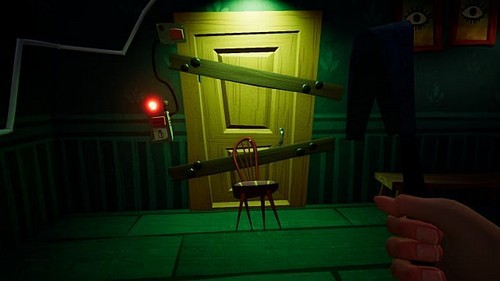 Who are the key Sahwa figures Saudi Arabia is cracking down on?

Lynton Crosby is still on the Tories’ payroll