The Steelers said in a statement that Patricia Rooney died peacefully at her home on Saturday. A cause of death was not given. Patricia Rooney, the wife of late Pittsburgh Steelers chairman Dan Rooney, has died. She was 88.

“My family and I are mourning the passing of my mother, Patricia,” Steelers president Art Rooney II said in a statement. ”She helped raise nine children while supporting my father’s career with the Steelers and his time as Ambassador to Ireland. It is a sad day for our family. “

Art Rooney said his mother gave much of her time to the Pittsburgh community, and “left a lasting impression on so many people and organizations in our area, especially the Salvation Army,” and many other groups on Pittsburgh’s North Side, where his parents lived. 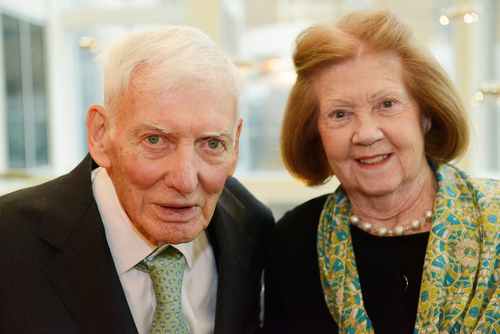 NFL commissioner Roger Goodell and his wife said in a statement that Patricia Rooney represented her family and the Steelers with “extraordinary grace, dignity, and integrity.”

Goodell’s statement said, “Patricia was passionately devoted to her faith, the wonderful family she and Dan raised and adored, the Pittsburgh community and the Steelers’ organization. She was also one of the most passionate football fans you could ever meet and very proud of the number of female fans around the world.”

“We will celebrate her life and the memories we have of her during this challenging time for our family,” her son said. “We appreciate everyone with your thoughts and prayers.”