Smile – it might save your life. That’s the cheering conclusion from a new British study which has found that people who are in a happy mood on the day of their annual flu jab develop stronger antibody defences than patients who merely feel so-so.

What’s more, they only have to feel happy on the day they received the vaccination and not the moment they’re given it, say the Nottingham University researchers.

Scientists have previously fixated on the harm that negative emotions wreak on our bodies. They can significantly increase our risk of high blood pressure and cardiovascular disease.

Positive moods have largely been ignored by comparison. But emerging evidence suggests that being positive-minded may boost our health in numerous ways.

Kavita Vedhara, a professor of health psychology who led the Nottingham University study, had previously looked at how being stressed can damage our defences, specifically people who were under significant stress from caring for loved ones.

‘We found that they fared worse than normal when given flu vaccines: they produced fewer flu antibodies,’ she says.

Vaccines contain an inactive version of a virus that trains our immune systems to recognise the live virus and attack it. The more antibodies we produce, the more powerful our defence against infection becomes.

Scientists agree that constant stress is harmful. For example, Julie Turner-Cobb, a professor of psychology at Bournemouth University who specialises in the effects of stress, says: ‘In general, chronically stressed people have higher levels of the “fight or flight” hormone, cortisol. Research shows that this in turn diminishes our immune defences.’

Cortisol switches down bodily functions so resources can be focused on an immediate ‘threat’. Long-term stress thus keeps the immune system stuck in low gear, leaving the body vulnerable.

In the recent study, Professor Vedhara looked at a group of 138 adults between 65 and 85, measuring their general emotional states over a six-week period.

The results came as a complete surprise. ‘We expected to find that several factors would improve people’s antibody response to the vaccination. I was not expecting it to come down just to one single factor – having a positive mood.’ 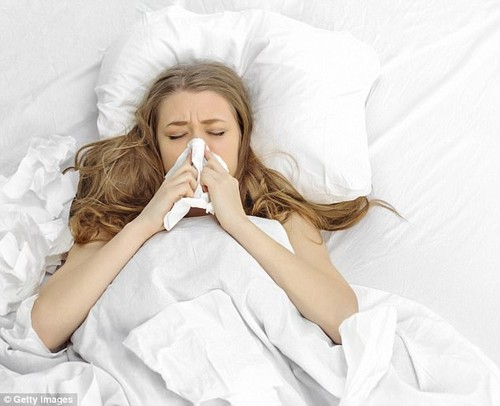 Scientists have previously fixated on the harm that negative emotions wreak on our bodies. They can significantly increase our risk of high blood pressure and cardiovascular disease

The findings, published in the journal Brain, Behavior, and Immunity last month, follows earlier research that demonstrated the beneficial effect a positive outlook can have.

A U.S. study in 2013, based on nearly 1,500 healthy people over a 12-year period found that having a positive outlook seemed to be linked with a reduction in cardiovascular problems by one third.

‘A happier temperament has an actual effect on disease and you may be healthier as a result,’ says Lisa Yanek, a professor of medicine at Johns Hopkins University, in the U.S., who led the research.

In a study of more than 200 young adults by California University, those who had felt awe, compassion, contentment or joy had much lower levels of inflammation. ‘Our findings demonstrate that positive emotions are associated with the markers of good health,’ said Jennifer Stellar, an assistant professor of psychology at Toronto University who led the study published in 2015 in the journal Emotion. 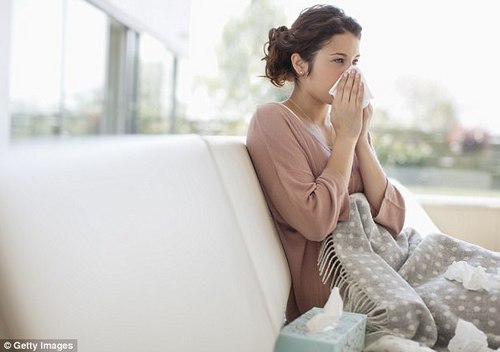 Scientists have previously fixated on the harm that negative emotions wreak on our bodies. They can significantly increase our risk of high blood pressure and cardiovascular disease

Such results have inspired Professor Vedhara to develop ways to raise patients’ spirits on the day they get vaccinated. ‘So far, our trials have found what works is a combination of comedy, uplifting music and a list of funny things that people say,’ she explains.

This approach is backed by a study from 2003 that found watching funny cartoons increased bloodflow in several parts of the brain’s reward system that also regulate inflammation in the body.

Could comedy not only reduce inflammation, but also boost the immune system? Dr Neil Harrison, a UK expert in psychoneuro-immunology – the relationship between emotion and our immune responses – believes it could.

‘It is not fanciful to suggest that our emotions can influence our immune systems positively,’ says Dr Harrison, head of the Psychoneuroimmunology Lab at Brighton & Sussex Medical School. ‘Research already shows that our emotional states can alter the activity of the vagus nerve, which links brain and body and is involved with many of the internal org
ans, as well as with our immune systems.

‘This shows that our emotional brains can alter the behaviour of the immune system – and hopefully this can happen in a positive way to boost its response.’