An expert cosplayer has transformed herself into Wonder Woman, and people can’t get over how much she looks like the superhero.

Alyson Tabbitha, a YouTuber with more than 100,000 subscribers, dyed and cut her long red hair to recreate Gal Gadot’s look from this year’s Wonder Woman film – and she is a dead ringer for the star.

Alyson took to her Instagram and Facebook pages on Sunday to share a photo of herself in comfy sweats alongside an image of herself wearing the intricate Wonder Woman costume she made herself. 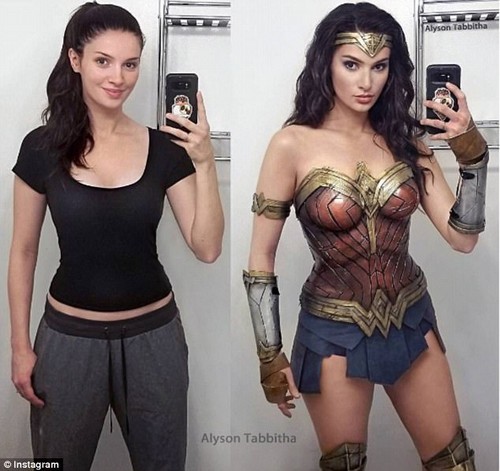 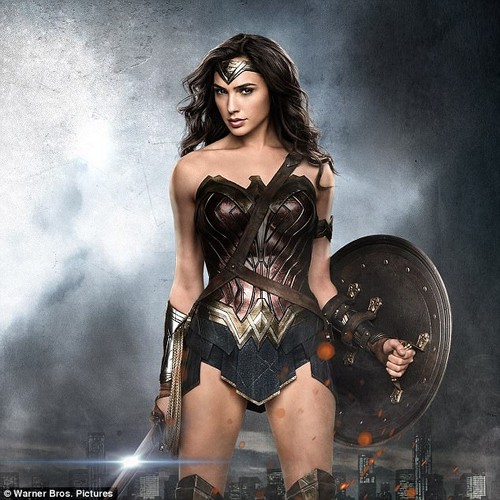 The photo sees Alyson’s hair in loose waves with Wonder Woman’s gold tiara on her forehead, and she is sporting a hand-crafted breastplate and what appears to be armor.

Although she already has an uncanny resemblance to Wonder Woman, she admitted that her costume isn’t even fully done.

‘I did a #WonderWomanmakeup test, that turned into a full dress rehearsal that resulted in this!’ she explained on Instagram, noting that she made the full costume and did her hair and make-up herself for the impromptu shoot.

‘The costume isn’t finished yet, since I still need to make the belts, shoes lasso , and props! But I was so exited I couldn’t resist trying it on!’ she added. 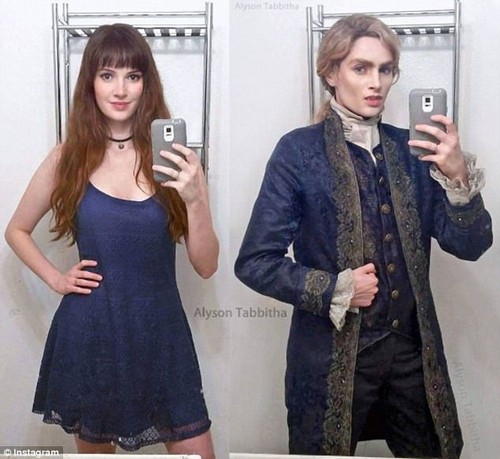 Master of disguise: The natural redhead has a talent for cosplay, and she once transformed herself into Lestat de Lioncourt, Tom Cruise’s character in Interview with the Vampire 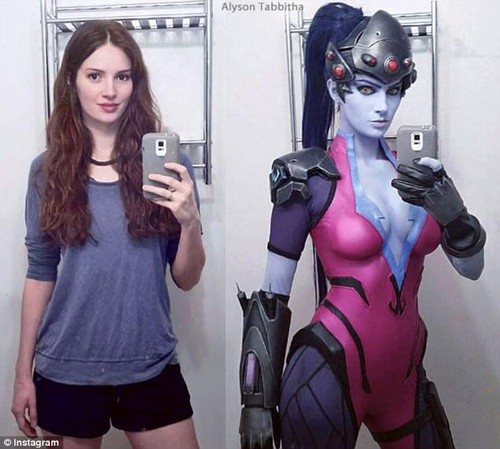 Total pro: Alyson, who once dressed up as Overwatch video game character Widowmaker, uses does her own make-up and hair in addition to creating her own costumes 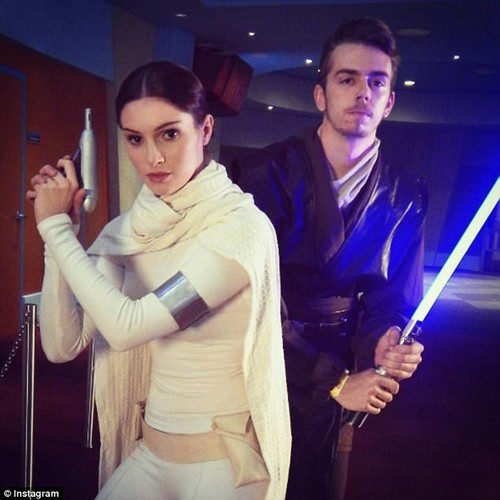 Action hero: Alyson said one of her most comfortable costumes was Padmé Amidala from Star Wars

Alyson explained that she made the armor out of craft foam and poster board, while she used TreeFLX, a moldable wood craft material, for base of her breastplate.

‘I definitely learned a lot of new skills while making this!’ she wrote.

‘Once I saw the Wonder Woman movie I stopped all other projects to prioritize this cause I was so inspired!’

Alyson’s jaw-dropping transformation has been liked more than 365,000 times on Instagram and shared over 8,500 times on Facebook.

‘Are you telling me this isn’t Gal Gadot? Facebook user Tohru Yuri’Katsudon asked. 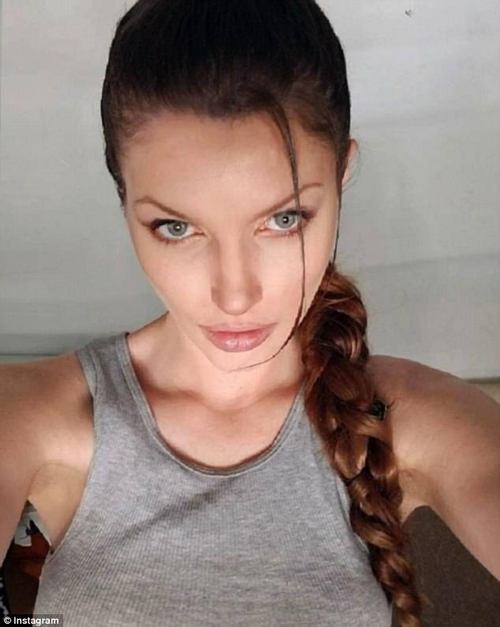 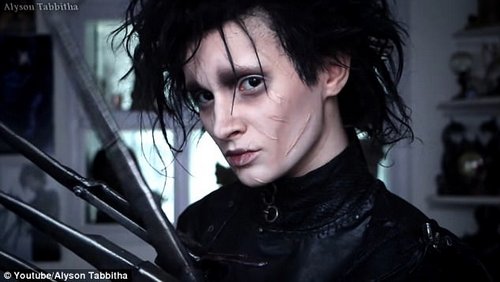 Skilled artist: The YouTuber used her make-up skills to turn herself into Edward Scissorhands 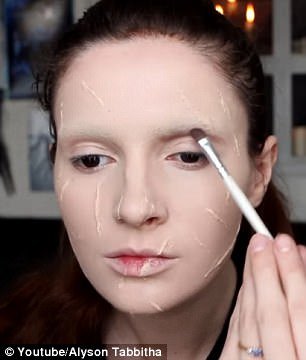 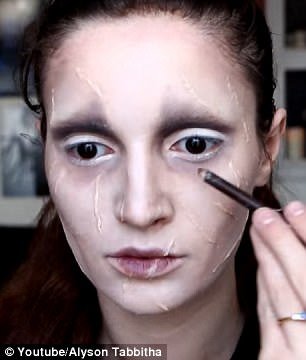 Step by step: Alyson shared a YouTube tutorial showing fans how to do their make-up to look like Edward Scissorhands 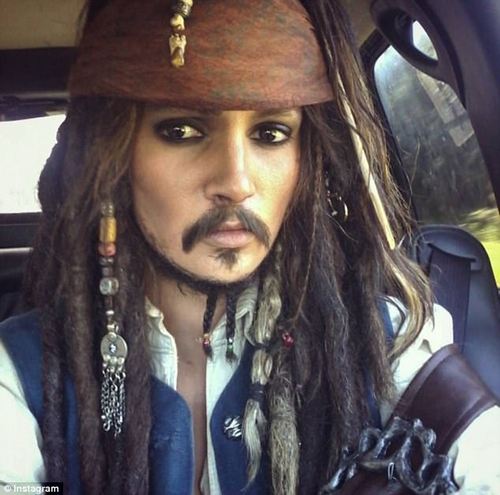 Is that Johnny Depp? Alyson has also made a convincing Jack Sparrow from Pirates of the Caribbean

Zach Shambaugh added: ‘How are you able to change onto 100 per cent the person that you’re cosplaying? Is this your superpower? Do you shapeshift? Is it a materialized illusion?’

A few days before her big reveal, Alyson shared a photo of the Wonder Woman costumes she has been working on, explaining: ‘This has been by far the hardest armor I ever made! It’s far from perfect but I’m proud of it so far!’

At the time, she said she still had to attach all of the pieces and make the skirt, shoes, and accessories, but she noted that she was ‘so happy with how it’s turning out’.

‘Very excited to finish this and shoot it!’ she added. ‘Wonder Woman is such and important iconic female super hero, and I fell like the movie portrayed her so well!’

Alyson has an incredible talent for transformation, and in addition to Wonder Woman, she has turned herself into everyone from Star Wars’ Padmé Amidala to Jack Sparrow from Pirates of the Caribbean.