In the same month last year, a larger 401 accounts were launched, but with a far fewer 40 increases.

Heading higher: Savings rates may still not be great, but short-term best buys have at least increased this year

In the last three months, 476 accounts have come to market with higher rates than previously. In the same period of 2016, there were just 64.

Anna Bowes, director at Savings Champion, says 2017 has been a really good year for savers who shop around for the best savings accounts available, compared to the five years preceding.

But the same cannot be said for those who have hoped their loyalty will be repaid – and savers are being urged to check they are not stuck on a dud legacy account, especially at the big banks.

She adds: ‘It’s been great to see competition in the easy access market, as well as among fixed rate bonds and Isas.

‘It’s really encouraging to see so many providers getting in on the best buy action – last week saw the Post Office and Birmingham Midshires return to the easy access best buy table, neither of which has been particularly prominent in the savings market recently.’

The research does show that average easy-access rates have fallen from 0.45 per cent in December 2016 to just 0.37 per cent today.

However, the best account is 30 per cent higher – 1.3 per cent from RCI Bank instead of one per cent.

Anna adds: ‘This year has finally seen a raft of rate increases – in fact far more increases than decreases.

‘This time last year only 10 per cent of new accounts were launched with a higher rate than the previous issue – with the remainder offering the same or lower rates.

‘This year, it’s been flipped on its head.

‘But, as the average statistics illustrate, there are accounts out there with rates still being cut – so if you are in one of these accounts, vote with your feet and switch.’

Furthermore, data from independent website Moneyfacts shows that the average one-year savings account has risen from 0.99 per cent in October 2016 to 1.14 per cent this month.

The average two-year bond has increased from 1.13 per cent to 1.41 per cent at the same time.

‘These accounts are likely to be a firm favourite among savers looking to lock into a decent rate over the shorter-term.

‘The sentiment of rising interest rates on these bonds doesn’t appear to be wavering, as providers strive to leap-frog their competition to gain the spotlight at the top of the best buys.

‘This welcome surge in the market has largely been fuelled by the challenger banks, with Charter Savings Bank, Milestone Savings and Vanquis Bank all having increased rates within the past month.

‘This ongoing improvement to the market is likely to entice savers who want to avoid locking their money away for the longer-term, but still desire a safeguard for their cash.

‘With the ongoing murmurings of an upcoming base rate rise, savers will much likely favour a one-year bond over a five-year deal.’ 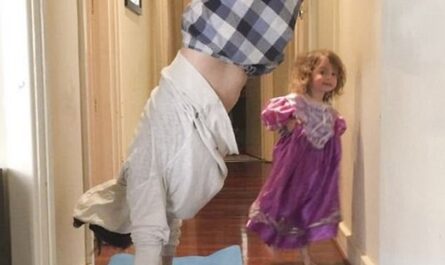