The operators of Govia Thameslink Railway and Northern rail could be banned from bidding for future franchises if they are found to be at fault for the chaos inflicted on passengers over the past two weeks, the transport secretary has said.

Chris Grayling also announced an inquiry into the timetable fiasco that has left passengers in northern and south-east England facing widespread cancellations and delays.

In the face of calls for him to resign, Grayling told the Commons he had been personally assured by GTR that it was ready to deliver the new timetable, “as little as three weeks before”.

He repeated criticism of Network Rail, for overrunning engineering work and delays in approving the new timetables. But he said it was now “clear that GTR and Northern were not sufficiently prepared to manage a timetable change of this scale”.

Grayling said sanctions on GTR included the “full force of the franchise agreement and my powers under the Railways Act, and I will include how such a failure impacts on their eligibility to hold a franchise bidding passport.”

He said he would also hold Northern to account should a review find negligence, but suggested that any judgment would involve “bearing in mind Network Rail’s failure to deliver infrastructure on time”.

Timetable shakeup – what will the changes mean?

Why is this rail timetable change significant?
New timetables are published every year but normally with minor tweaks. This year Govia Thameslink Railway, which carries about 500,000 passengers daily, has redrawn its schedules from scratch.

Why has it done that?
The rebuilding of London Bridge and surrounding track infrastructure,  new trains, and new infrastructure allowing partial automation means more services can run through the capital, carrying more passengers. Some can be rerouted to cut journey times, while others will stop at new stations offering more direct services.

So is it a good thing?
Overall, it should be: GTR believes it will use its capacity more efficiently. About 400 more trains will run, with space for 50,000 more people to travel into London in the morning peak.

What’s the problem?
While the new timetable should benefit a greater number, many people have built their work and family routines around a particular train.

Removing or rescheduling services could make some existing commutes untenable without flexible work starts or childcare, passenger groups say, or force some into taking more expensive peak trains. For a month-long transitional period, services will be reduced at some stations. And engineering work means some commuter towns have fewer trains until 2020.

Where are the changes coming?
Every train on the GTR service will run at a new time: that includes Thameslink trains between Bedford and Brighton; Great Northern trains from London into Hertfordshire and Cambridgeshire; Southern services from Sussex and parts of Surrey, Kent and Hampshire to the capital.

How do I know if I’m affected?
Passengers should check their train times at National Rail’s website

He blamed the Thameslink Readiness Board, an expert industry group set up to advise him, for not raising the apparent risks.

Grayling said he had commissioned an independent inquiry under Prof Stephen Glaister, chair of the Office of Rail and Road, while his department would assess whether GTR and Arriva Rail North had met their contractual obligations.

He said there would be increased compensation paid to Northern passengers, the details of which would be announced by the rail industry.

The shadow transport secretary, Andy McDonald, said the episode was another example of the lack of responsibility in Britain’s rail industry, adding: “He Grayling is the man in charge, allegedly. He may want to blame Network Rail but it is him who oversees it, the buck stops with him.

“Arriva and GTR have had years to prepare for these changes … Neither has trained enough drivers, but the department has failed to hold them to account. Were the prime minister not so enfeebled, she would sack him. He should resign.”

The chair of the transport committee, Lilian Greenwood, said Grayling’s department had signed off GTR’s unworkable timetable and demanded cuts in spending on planning, and he should take responsibility. Grayling said he had followed the advice of the industry readiness board.

Earlier, the prime minister’s official spokesman said Theresa May had full confidence in her transport secretary, adding: “We have tremendous sympathy with everyone who has had their rail journey delayed or disrupted. What we have seen has been totally unacceptable.”

The Department for Transport (DfT) was unable to schedule enough ministerial meetings for all the MPs whose constituents have been affected by the fallout from a botched timetable.

MPs have demanded to know why DfT did not defer the introduction of new timetables, which came into effect two weeks ago, when it had become clear that there was insufficient time to make them work.

Twenty MPs representing constituencies served by GTR were due to meet Grayling on Monday. In a letter outlining the disruption and hardship it was causing commuters, they asked for confirmation that DfT was aware of the reduced three-week period to change schedules instead of the expected 12. They wrote: “If so, could you clarify why DfT did not encourage GTR to delay implementing the new timetable?”

Cancellations and delays continued on Northern and GTR on Monday despite services being reduced to minimise disruption.

Northern rail began running an emergency timetable with the planned cancellation of 165 daily services on Monday. GTR – which consists of Southern, Thameslink, Great Northern and Gatwick Express – is also running a temporary timetable enabling passengers to “arrange their journeys with greater confidence”.

The mayor of Greater Manchester, Andy Burnham, called for substantial compensation and demanded a general reduction in fares for all passengers on routes affected by Northern’s emergency timetable.

Burnham said: “Northern have already left people seriously out of pocket and turned their lives upside down with their chaotic services. I have heard countless stories of people forking out for taxis, hire cars, hotels and extra childcare but unable to get compensation for it.

“Northern are set to benefit financially from this emergency timetable. It is the company, and not the passengers, who should pay the price for their mismanagement.

Areas affected by the emergency timetable include Manchester, Liverpool and Blackpool, while the entire Lakes line between Oxenholme and Windermere has been cancelled for at least two weeks, forcing passengers to use replacement bus services.

David Brown, Northern’s managing director, said the company was responding to “stakeholders” by shutting down the line into the Lake District.

He told BBC Radio Cumbria on Monday: “We know that the service on the Lakes line just doesn’t meet the needs of residents and businesses. We believe that it’s in the best interest of all parties that we put in place an alternative that people can plan and use and understand it’s going to be there for a period of time.”

Brown blamed overrunning engineering work electrifying the lines for the disruption, which meant the company had to rewrite their timetables at the 11th hour.

Nigel Wilkinson, the managing director of Windermere Lake Cruises, called on Northern and Network Rail to fund a marketing campaign to offset the damage done to the local economy.

He said: “We are coming into the busiest four months of the year. There couldn’t be a worse time for this to happen.” 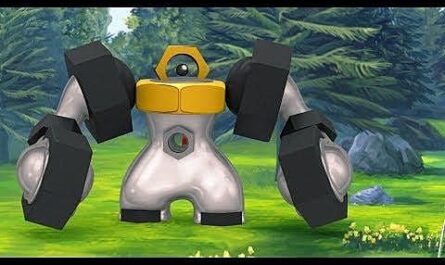