But the Brit remains on course to win his fourth world title this weekend despite ‘only’ qualifying third for the 71-lap race.

Max Verstappen qualified second for Red Bull, though he was being investigated for possibly impeding Valtteri Bottas’s flying lap.

It was Vettel’s first pole since Singapore last month, but it should do little to change the championship context because Hamilton only needs to finish in the top five to be certain of beating the German to the title.

The Ferrari man must finish at least second to stand any chance of staying in the mathematical equation.

So it is advantage Hamilton – he has completed every race this season and has only finished lower than fifth on one occasion, at Monaco, where he was seventh.

Hamilton, who was nearly half a second slower than Vettel, said: ‘Those guys did a great job. The last lap I could have been a couple of tenths quicker.’

Verstappen looked likely to get pole before Vettel banged in his excellent final lap. In doing so he retains the record as the youngest man ever to secure pole, set for Toro Rosso at Monza in 2008. Verstappen, 20, would have erased that from the record books otherwise.

Vertappen said: ‘I am super annoyed. I couldn’t quite get the tyres to work.’

If Hamilton cannot wrap it up in Mexico, it is on to the penultimate race in Brazil in a fortnight. 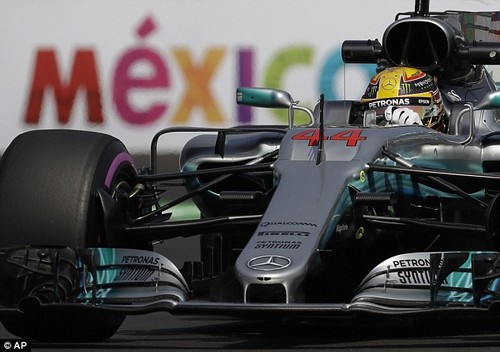 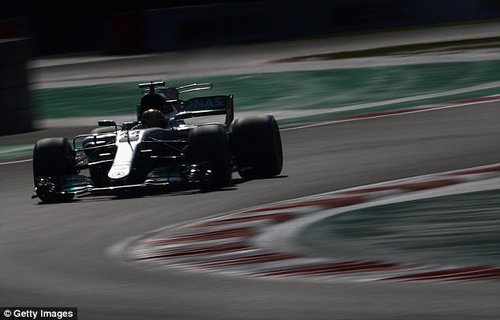