Meet the hunky pilot who has been flaunting his two passions: fitness and Instagram.

The dreamy pictures show Ferdi Colijn, from Delft, the Netherlands, unveiling his defined muscles in both the gym and the cockpit.

And, unsurprisingly, they’ve helped him amass thousands of fans on the internet.

Hot stuff:  Ferdi Colijn, from the Netherlands, flaunts his abdominal muscles in the gym

He’s definitely not camera shy! The 25-year-old poses in a vest top (left) and then shirtless

Body confident: The airline pilot has amassed nearly 7,000 Instagram fans with his snapshots

Just when you think he’s selfied-out, he strikes again – from the cockpit

‘I’ve always wanted to become a pilot. Even as a kid I was inspired and intrigued by aviation or everything to do with speed and having control/responsibility,’ Ferdi says.

‘I wanted to become three things as a kid – a pilot, a racing driver or a train driver. Getting older I found out that flying was really my thing and the feeling only became stronger and my enthusiasm grew.

‘What I love the most about my job is the fact that it never really feels like work. I started flight training as a 17-year-old boy. After graduating at age 19, the economy was at a low and finding a job almost impossible.

‘After gaining some experience by flying privately I got hired by several small general aviation companies on a freelance basis where I further gained some experience flying single and multi-engine propeller airplanes.’ 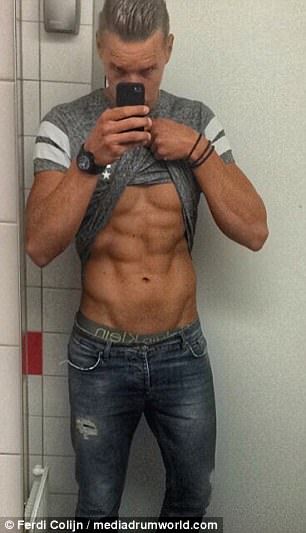 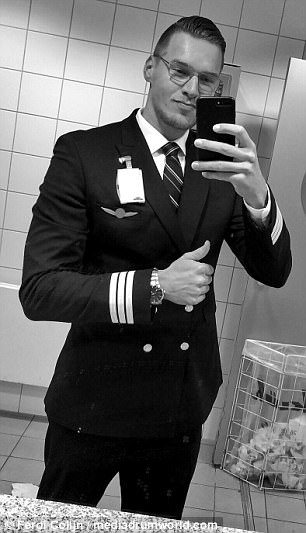 Loving himself: Ferdi flashes his six-pack again (left), before transforming into work mode 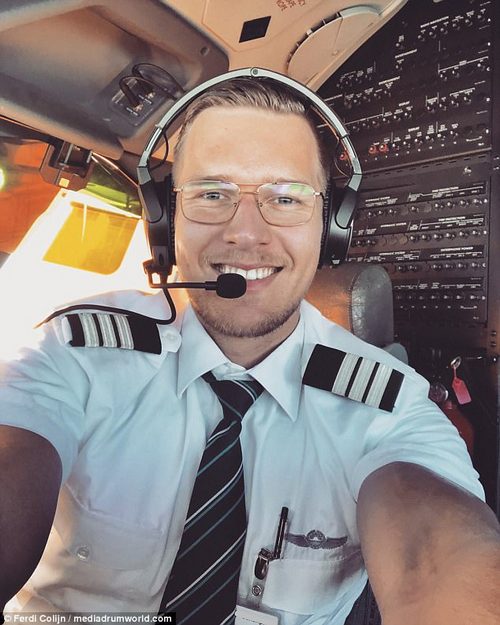 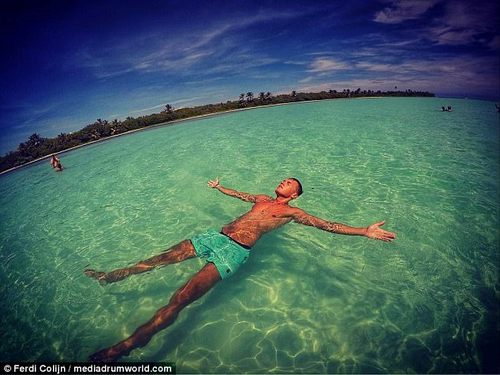 Life’s a beach! The frequent-flyer cools off in the sea while holidaying in Mexico 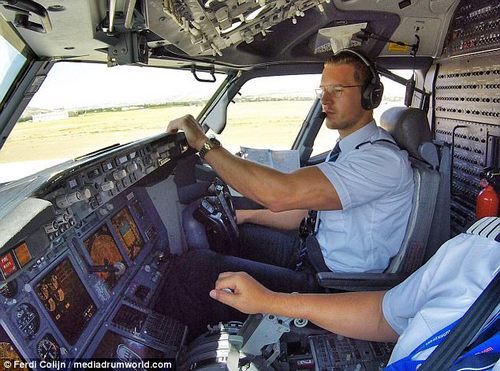 At the helm: The good-looking aviation expert prepares for take-off on another flight

With a full-time job as a Boeing 737 first officer pilot, Ferdi’s followers are shocked to know that he works out four to six times a week.

Some of his other pictures show him lying relaxed in Mexico and drinking beer by the canal in Amsterdam.

‘I try to show other people on Instagram what my life as a young airline pilot looks like, while still making time to enjoy my amateur bodybuilding journey,’ Ferdi said.

‘My page was really a personal page where I would just share personal stuff, like on Facebook, but later on I got a GoPro for my birthday and I loved the pictures so much that I started sharing them on my Instagram.

‘The feedback was amazing. I received so many messages from people that found it inspiring and that positivity kept me motivated to improve my feed.

‘Some people are surprised that I have time to be flying full time and to be in the gym six times a week as well.’ 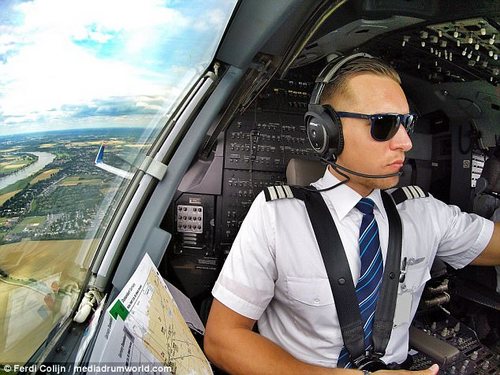 Flying high: Soon after taking off from the runway, Ferdi snaps himself yet again 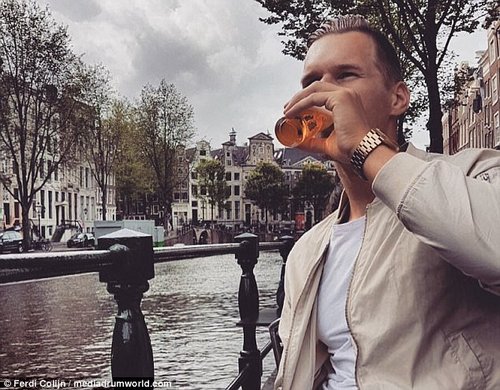 Cheers to that! The hunk sinks a beer while enjoying a day off in his native Amsterdam 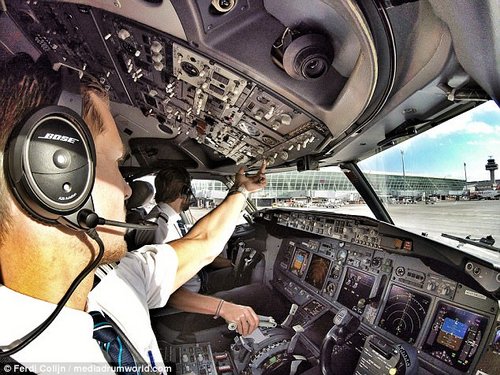 Busy: With a full-time job as a Boeing 737 first officer airline pilot, Ferdi’s followers are shocked to know that he works out four to six times a week

He adds: ‘So that’s when I started sharing my fitness routine on there as well.

‘Not only to motivate other people but also to try to inspire people and show that you can achieve whatever you want to achieve in any aspect.

‘I must say that working out in general makes me more energetic and improves my mental health so I am pretty sure it will always have a positive effect on my job as a pilot.’ 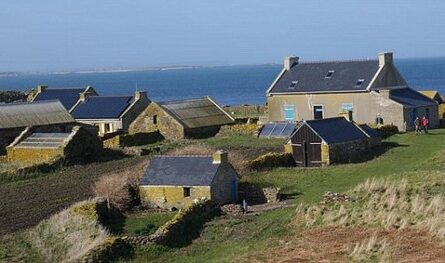 A vacation in Spain. Why you need to go to the Northern part?

Where will surroundings refugees go when the hold rises?