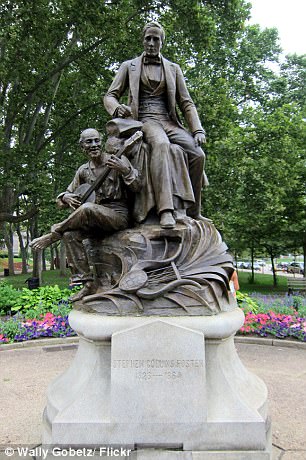 The statue of ‘America’s first composer’ in Pittsburgh, Pennsylvania has come under fire, with critics claiming it is racist and amounts to cultural appropriation.

Stephen Foster (1826-1864) was a musician who composed mostly parlor music, a form of music enjoyed by the white middle classes of his day.

He also composed some minstrel music, the latter being used to accompany formerly popular minstrel shows in which white performers appeared in blackface and mocked African Americans. By some accounts, he is the ‘father of American music’ or ‘America’s first composer’.

A 10-foot-tall statue depicting him sitting, with an African American banjo player beneath him, was built by Guiseppe Moretti, an Italian sculptor, in 1900. The statue, meant to show the banjo player inspiring Foster, is on public property on a high-traffic area of Forbes Avenue adjacent to the University of Pittsburgh.

Amid the removal of monuments to the Confederacy across the country, a city commission is looking into whether the Foster memorial should remain standing, reports the Pittsburgh Post-Gazette.

Pittsburgh Mayor Bill Peduto has asked the commission to gouge public opinion about what the fate of the statue should be. 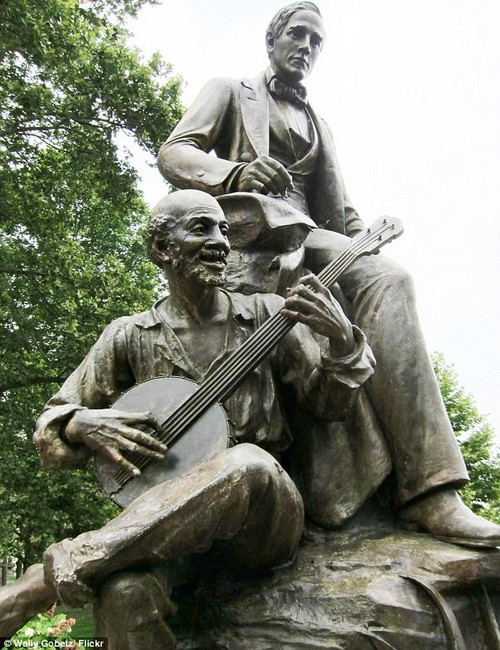 The statue is in a public park along a high-traffic portion of Forbes Avenue in Pittsburgh, Pennsylvania. Penn Live notes: ‘The statue was designed to show Foster being inspired by a black musician, but the black man depicted in the sculpture, Uncle Ned, is a caricature popularized by minstrel shows’ 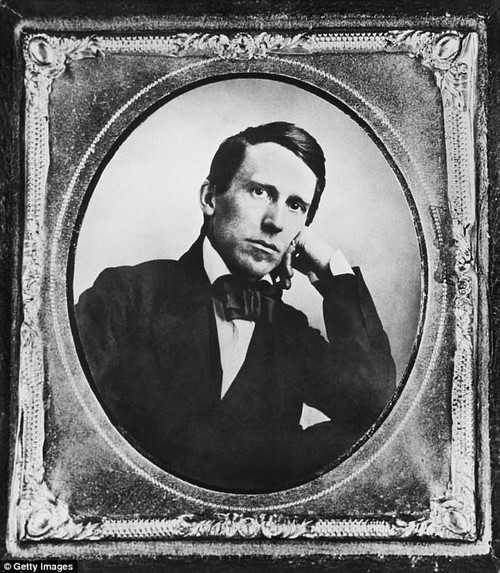 At a public dialogue on Wednesday attended by the Post-Gazette and other local news outlets, residents spoke for and against the removal of the monument, which lies in Schenley Plaza.

One resident vehemently for the removal said: ‘You should melt the metal part down and recoup a little bit of money.’

A resident against the removal wrote in a letter published by the Post-Gazette: ‘As far as the statue is concerned, others may see a black man at a white man’s feet.

‘I always saw a downtrodden, poor man teaching a well-to-do man that you can forget your woes through music.’

‘Not only does it depict a white man in a dominant, oppressive posture over a black man portrayed as a slave submissively playing a banjo at his feet,’ another resident for the removal said at the meeting. ‘But it boldly represents the same white man unabashedly claiming the black man’s work on his own,’ Penn Live reports.

A resident who supports moving the structure but does not think it should be demolished said: ‘I see history, true to its form.’

The sculpture was built by Giuseppe Moretti, an Italian sculptor, in 1900

An analysis by Penn Live notes that the statue was designed to show Foster being inspired by Uncle Ned, a caricature from minstrel shows of years past.

The lyrics for a song called ‘Old Uncle Ned’, which details the slave’s plight, were written by Foster.

Critics allege that the statue reflects a broader trend of white musicians appropriating ideas from African American music and reaping their cultural and financial benefits.

Meanwhile, an analysis by Trib Live argues that Foster was in fact an early advocate for the experience of African Americans. Some argue that ‘Old Uncle Ned’ subtly advocates for abolition.

And in attempting to answer the question of whether Foster himself was racist, the University of Pittsburgh’s Center for American Music notes: ‘Certainly Foster was a product of a society in which derogatory images of African-Americans pervaded almost every aspect of social discourse, from ordinary conversation to literature to visual and aural images and portrayals.’

Pittsburgh Mayor Bill Peduto said of the monument: ‘Public sentiment that has spoken the loudest and the most has been on the removal of the statue from a public location’

Out of more than 100 written responses to the commission – independently of the public dialogue – almost half favored relocating or removing the Foster statue, reports the Post-Gazette.

A quarter favored keeping it in its place on Forbes Avenue. The remainder voted for other proposals, such as adding some sort of plaque that provides context for Foster’s life and works.

Mayor Peduto said at a press conference: ‘Public sentiment that has spoken the loudest and the most has been on the removal of the statue from a public location.’

Deliberations on what to do with the statue will continue throughout the month.