White working-class pupils are falling behind their ethnic minority counterparts throughout their education, an official audit shows.

Figures released yesterday reveal that poorer white children do worse than black and Asian children in key subjects at infant school – a disparity that continues all the way to GSCE.

And disadvantaged white boys do even worse than white girls. On reading ability for ages five to seven, only 39 per cent met the required standard, compared with 55 per cent of girls. 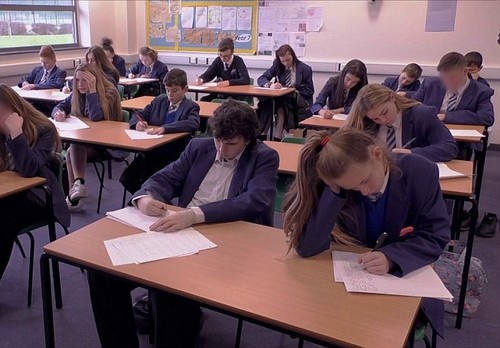 Statistics show that poorer white children of this age do significantly worse than their ethnic counterparts in all the main attainment tests. Only 46 per cent met the required standard on writing, compared to 62 per cent of poor black children.

They have a far greater chance of being arrested than whites and earn an average of around £2 an hour less.

The statistics also reveal that children from black Caribbean backgrounds are three times more likely to be excluded from school than white children.

Labour MP John Mann said he was shocked by the figures on school attainment for poorer white children. 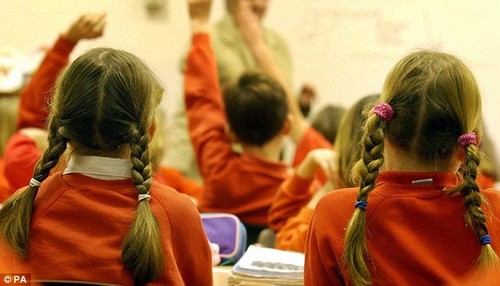 ‘This is the biggest issue to face the country over the next decade,’ he said. ‘Working-class white kids are being sold short by the system. White working-class children have become the forgotten people in Britain today. Excluded, underinvested-in and often looked down on by those in positions of power. These children deserve better.’

The Prime Minister yesterday launched a massive database – the first of its kind in the world – which covers 130 areas of life across health, education, employment and criminal justice.

And while 79 per cent of Chinese children on free school meals score English and Maths GCSEs at grades A* to C, the figure is only 34 per cent for poor white children. The figures show that black children are more likely to be permanently excluded than whites. 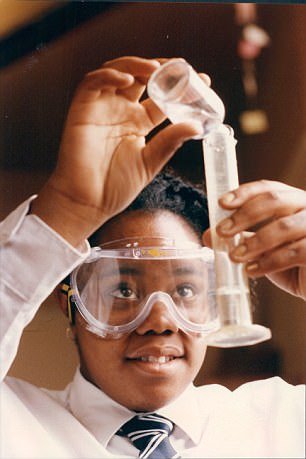 Among black Caribbean children, the rate of expulsion is 0.29 per cent – compared with 0.1 per cent for white children (file photo)

Among black Caribbean children, the rate of expulsion is 0.29 per cent – compared with 0.1 per cent for white children.

Yesterday she told Whitehall, businesses, police and other institutions they have to help ensure race is never a barrier to people achieving their goals in life.

She said much of the information ‘has existed for years’ but had not been ‘looked at through this particular prism’.

The PM hailed the audit as a ‘world first’ but admitted the ‘findings would be uncomfortable’. Mrs May said: ‘What this audit shows is there isn’t anywhere to hide. That’s not just for Government, it’s for society as a whole.

‘Britain has come a long way in promoting equality and opportunity but what the data we’ve published today shows is we still have a way to go if we are going to truly have a country that works for everyone.’

The statistics are on an ‘ethnicity facts and figures’ website published yesterday.

A Race Disparity Audit report, published alongside the figures, said: ‘Children eligible for free school meals have lower attainment than non-FSM pupils in all ethnic groups, but white British pupils and white Irish pupils had the biggest gap in attainment between those eligible and those not.

‘White British and white Irish pupils not eligible for FSM were almost twice as likely to achieve A*- C in maths and English GCSEs than those who were eligible (with gaps of 33 percentage points and 37 percentage points respectively).’ 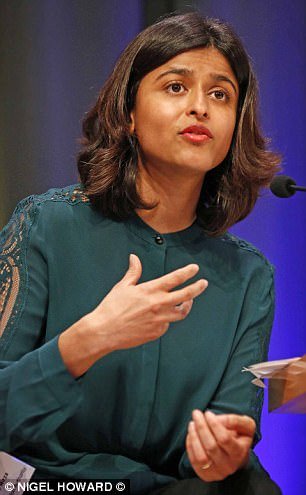 Munira Mirza, Boris Johnson’s former deputy mayor of London and herself the daughter of Pakistani immigrants, warned the race audit was crude

Its chairman Sir Peter Lampl said: ‘It is worrying that there is such a disparity in the achievement of different ethnic groups at GCSE and particularly concerning that white working-class boys and girls continue to perform so poorly.

‘Harnessing that same will to learn that we see in many ethnic minority groups in white working-class communities should be a part of the solution to the low attainment of many boys and girls. We need a more concerted effort with white working-class boys, in particular.’

Munira Mirza, Boris Johnson’s former deputy mayor of London and herself the daughter of Pakistani immigrants, warned the race audit was crude. Writing in The Times, she said: ‘All too often statistics are misused in a way that casts minorities as victims of racism and “white privilege”.

‘For ministers to use emotive terms such as “racial injustice” without acknowledging the many underlying factors that explain differences may create a false perception of victim status.

‘A crude and tendentious approach to evidence risks promoting a grievance culture and policies that harm the very communities they aspire to help.’

But Communities Secretary Sajid Javid rejected the charge yesterday, telling the BBC: ‘I don’t accept that at all.

‘In fact it can have quite the opposite impact because I think there will be many people out there – whether they are from a black or ethnic minority background or not – thinking: “This is just the kind of thing that we want our government to do.”

‘This is a government that said it’s going to work for everyone and that means that where there are injustices that we are doing everything to tackle them.’

Launching her audit yesterday, Mrs May said Britain had a ‘way to go’ to create an equal society but tackling ethnic injustice was a personal priority for her.

The Prime Minister said the findings would mean organisations would be challenged to ‘explain or change’. ‘I absolutely passionately believe that how far you go in life should be about your talents and your hard work and nothing else,’ she said.

The Prime Minister’s spokesman said she had been touched by a pupil who on a visit to a south London school on Monday said he feared being black could hamper his hoped-for career in law.