OJ Simpson shed 100lbs since the end of last year so that he would look more like like his former fit self when he left the slammer, a prison insider exclusively told DailyMailTV.

The 70-year-old, seen here looking trim in these exclusive pictures taken at a Las Vegas country club over the weekend, had been pigging out on Little Debbie cakes, Ramen noodles and other high carb, high-calorie foods during his incarceration at Lovelock Correctional Center in Nevada.

The former NFL star’s diet had him ballooning to more than 300lbs and the weight gain got so bad that he had trouble getting around and was on the brink of diabetes and other weight-related problems.

But when Simpson got word of a possible parole date, he changed his unhealthy habits and started to exercise and eat better,  and stopped buying snacks at the prison canteen, helping him drop to 200lbs over the course of a year

Now the former football pro looks more like he did when he played  in the 1970s than when he first entered prison in 2008.

OJ Simpson shed 100lbs before his prison release on October 1st. The 70-year-old had ballooned up to 300lbs since he was locked up in 2008 for an armed robbery and kidnapping. Pictured: Simpson leaving a country club on Friday (left) and at a hearing in 2013 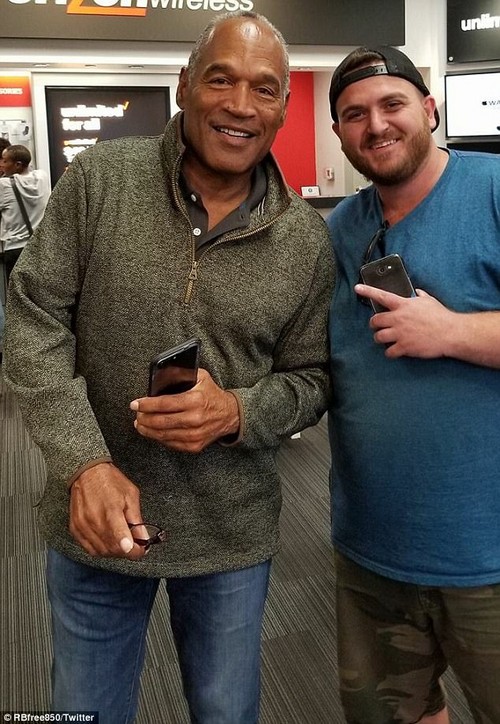 The former NFL star’s weight gain had gotten so bad that he could barely walk, was on the brink of diabetes and other weight-related problems. But he cut out eating snacks and starting exercising to get himself in shape (pictured after his release)

Breakfast: Fried egg sandwich with cheese, breakfast cake and some sort of starch

Compared to the prison’s 2,600 diabetic diet

Lunch: Cheese or turkey sandwich – no cookies or sweets

Simpson never went without snack food, the source said. His prison cell looked like a mini-mart because of the countless snacks and microwaveable food that was stacked next to his bed and locker.

The disgraced football star would eat the prison food and then go back to his cell and snack on his treats that he bought at the canteen.

The insider told DailyMailTV: ‘OJ loved eating what is known in the prison as ‘carnival food’ – hamburgers, hot dogs and corn dogs without the stick in it.’

And at dinner, fellow inmates would gladly hand over ‘The Juice’ their dessert.

That all changed when Simpson heard he was possibly getting out in October, instantly changing his ways because he wanted to look good when he left prison.

Simpson didn’t want to look like someone who was on his last leg of life so he went on a special diet that the prison offers to inmates.

It’s called the 2,600 diabetic diet and it limits the inmate’s calories to 2,600 a day and offers foods with lower sugars and carbohydrates.

The normal prison diet is about 5,000 to 6,000 calories a day, while the diabetic diet is drastically cut down in calories.

The prison’s diabetic meal plan would cut out sugars and sweets, such as cakes and cookies, and replace them with fruits and treats that didn’t have any sugar in them.

The biggest change in the diabetic diet was for dinner – instead of eating corn dogs, hot dogs, pizza, hamburgers and spaghetti, the diet would serve a chicken patty or a dish that had turkey burger and low carb vegetables. 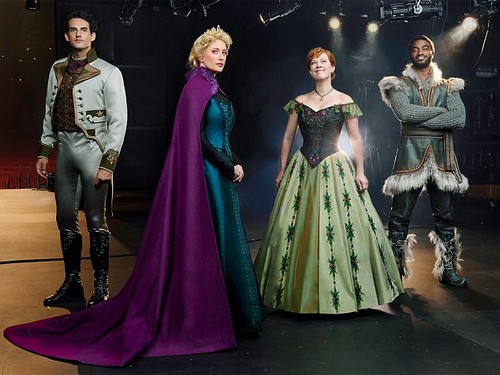 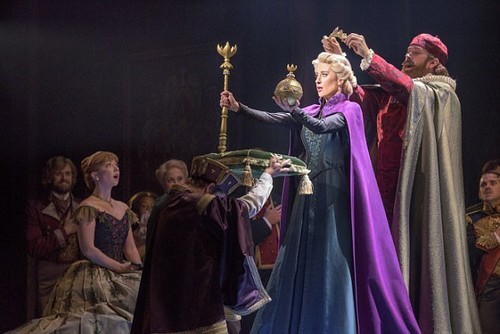 Simpson never went without snack food, the source said. His prison cell looked like a mini-mart due to the countless snacks and microwaveable food he had stacked. Pictured: Simpson taken into custody in 2008 (left) and Simpson at a hearing in 2013 (right) 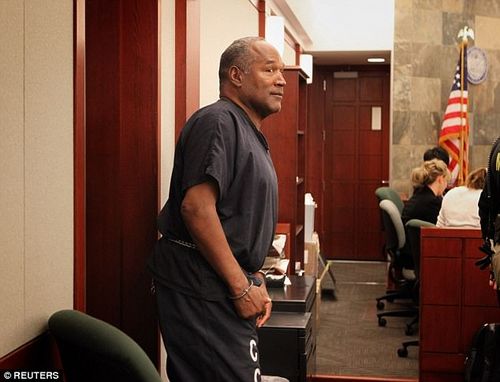 However, Simpson cut out the junk food when he heard he was possibly getting out in October, instantly changing his ways because he wanted to look good when he left prison. He switched over to the prison’s diabetic diet, which limits the inmate’s calories to 2,600 a day

Sometimes Simpson would complain because the diabetic diet wasn’t based on the quantity of food but rather on a calorie count of 2,600 per day.

Not only did Simpson eliminate sweets, cookies and snacking, he started walking around the prison track during his ‘yard’ time.

Titus is a former bodybuilder who is serving out a 55-year sentence for second-degree murder, arson and kidnapping.

Simpson and Titus would walk around the prison yard together for exercise. Because of Simpson’s bad knees he couldn’t run, so Titus would help him by showing him light workout exercises, lifting weights and calisthenics.

In the past when Simpson went to ‘yard’ he would sit in the bleachers and watch other inmates play softball, but now with his new-found prison workout friend, he would exercise and it paid off, added the prison insider. 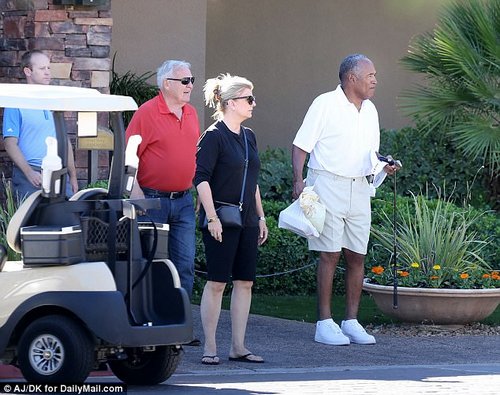 The 70-year-old, seen here looking trim in these exclusive pictures taken at a Las Vegas country club over the weekend 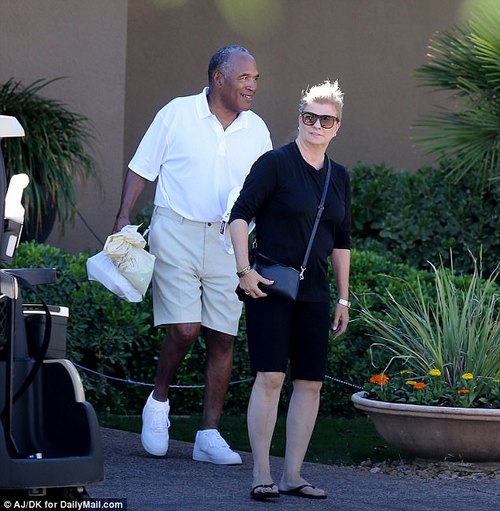 Now Simpson weighs around 200lbs and has been showing off his fit physique, On his first full weekend on the outside, Simpson was seen getting cocktails and going for dinner (pictured) 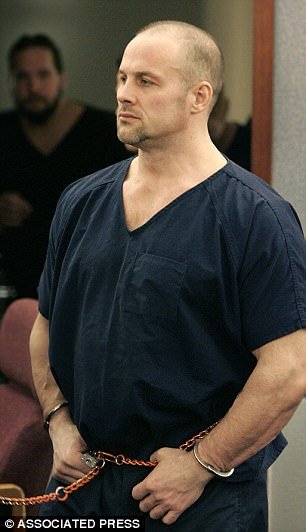 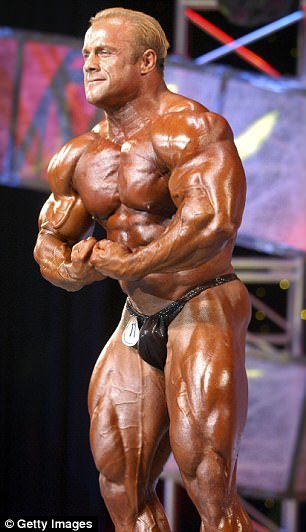 The former NFL star enlisted the help of former bodybuilder Craig Titus (left and right), another infamous inmate at Lovelock prison. The two would walk around the prison yard together for exercise

The newly freed felon was able to show off his significant weight loss when he was spotted out and about in Nevada on his first weekend on the outside.

The celebratory outings included cocktails with friends and a supper of fish tacos at the upmarket Red Rock Country Club, DailyMail.com can reveal.

The club, which bills itself as being ‘surrounded by the towering Spring Mountains’ and having ‘dazzling views of Las Vegas’ is close to the $1.8m home he occupies i
n the ritzy Summerlin suburb.

Amenities at the Red Rock Country Club include a choice of three restaurants, a 36-hole golf course, tennis courts and a luxury spa offering pricey treatments such as a $105 facial for men that promises to ‘nourish, refresh, calm and soothe male skin’ and alleviate razor burn.

Simpson, who was joined by two friends for the Friday night session, was also spotted posing for photos with putters, shaking hands with golfers and visiting the gift shop before disappearing back to his home nearby.

Ivanka is lobbying Congress for a child tax credit hike