The Supreme Court has dismissed one of two cases against President Donald Trump’s travel ban.

In a one-page order, the court acted in one of two cases pending before the nine justices over Trump’s travel ban, a case from Maryland brought by the American Civil Liberties Union, which sued to stop the ban contained in a March executive order.

For now, the court did not act on a separate challenge brought by the state of Hawaii, which the court had also agreed to hear.

That case also features a challenge to a separate 120-day refugee ban, which has not yet expired.

That case could yet be dismissed once the refugee ban expires on Oct. 24, meaning the court remains unlikely to issue a final ruling on whether the ban was lawful.

The justices were unanimous in deciding against ruling in the Maryland case, although one of the liberal justices, Sonia Sotomayor, noted that she would not have wiped out the appeals court ruling.

The justices had been scheduled to hear arguments in the case on Tuesday, but removed it from their calendar after Trump’s 90-day ban expired on Sept. 24 and was replaced with a reworked ban.

The expired ban had targeted people from Iran, Libya, Syria, Yemen, Somalia and Sudan. The new open-ended ban, scheduled to take effect on Oct. 18, removed Sudan from the list while blocking people from Chad and North Korea and certain government officials from Venezuela from entering the United States.

The Trump administration has urged the court to dismiss both cases while the challengers have asked the justices to rule on the issue. 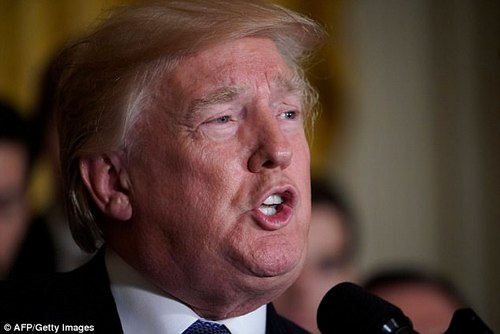 The Supreme Court in June agreed to take up the two cases and allowed the travel ban, which had been blocked by lower courts, to go into effect with certain changes.

Among the issues raised is whether the travel ban discriminated against Muslims in violation of the U.S. Constitution’s prohibition on the government favoring or disfavoring a particular religion.

The new ban, Trump’s third including one issued in January that was blocked by lower courts, could affect tens of thousands of potential immigrants and visitors to the United States. Opponents have already challenged it in court.

Trump had promised as a candidate ‘a total and complete

The court’s action suggests it also will dismiss the second case and step away from the controversy, at least for now.

New challenges already have been filed against the new travel policy and could return to the court.

Trump had promised as a candidate ‘a total and complete shutdown of Muslims entering the United States.’