Live television footage showed Nika Melia, the leader of the United National Movement, the country’s main opposition party, being dragged from his party headquarters to be placed in pre-trial detention.

Meanwhile hundreds of riot police used tear gas against his supporters and the leaders of all of the country’s opposition parties, who have been camped out in the building since Wednesday, the live pictures on Mtavari TV showed.

Scores of opposition supporters were detained.

Georgia’s interior ministry said in a statement that “police used proportional force and special means” in the police operation.

“Shocked by the scenes at UNM headquarters this morning,” British ambassador Mark Clayton wrote on Twitter. 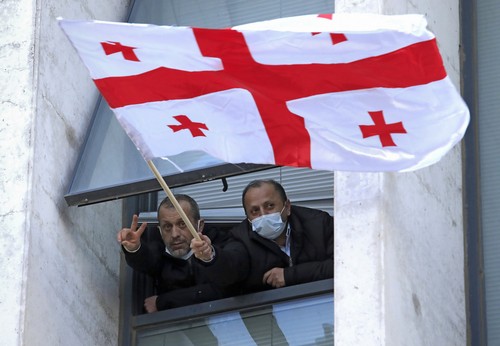 “Violence and chaos in Tbilisi are the last thing Georgia needs right now. I urge all sides to act with restraint, now and in the coming days.”

Georgia has been in the grip of a political crisis since last October’s parliamentary elections, which opposition parties have denounced as rigged after the ruling Georgian Dream party claimed victory.

News of the plan sparked outrage among the opposition and warnings from the ex-Soviet country’s Western allies.

Last week, a court in Tbilisi ordered Melia placed in pre-trial detention after he refused to pay an increased bail fee ahead of hearings in a case related to anti-government demonstrations in 2019.

He has been charged with “organizing mass violence” during the protests and faces up to nine years in prison.

The detention order has raised the stakes in the crisis over the disputed elections.

Opposition members have refused to take up their seats in the new parliament, in a boycott that weighs heavily on the ruling party’s political legitimacy.

They have demanded a new poll.

Georgia’s new Prime Minister Irakli Garibashvili, who was confirmed by parliament on Monday, said in an address to lawmakers his government would proceed with Melia’s arrest, saying the politician “will not manage to hide from justice.”

Garibashvili is a loyal lieutenant of the powerful oligarch Bidzina Ivanishvili who is widely seen as the man in charge in Georgia, despite having no official political role.

Analysts said the spiralling political crisis in Georgia is fraught with serious consequences for the fledgling democracy and is unlikely to be resolved without a greater diplomatic engagement from Tbilisi’s Western allies.

Matthew Bryza, a senior fellow at a US think tank, the Atlantic Council, said Georgia’s “backward movement in terms of democracy” under Georgian Dream reached the point where “opposition parties say they can’t take their seats in parliament because the democratic system in Georgia is broken.”

“Without a greater Western mediation, the situation could become very dangerous,” said the former diplomat who had coordinated the US Caucasus policy in the administration of ex-president George W. Bush.

The United States and the European Union have expressed concerns over plans to arrest Melia, calling on Georgia’s government to resolve the crisis peacefully and ensure its judicial system stays free of political bias.

In power since 2012, Georgian Dream has seen its popularity fall over its failure to address economic stagnation and perceived backsliding on commitments to democracy. 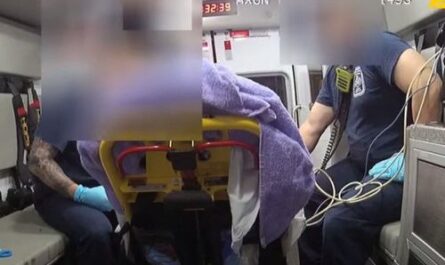