Merkel’s visit before Navalny was discharged from Berlin’s Charité clinic last week serves as a signal to the Kremlin that Berlin will “not give in and will find out the truth,” Der Spiegel wrote. It follows French reports that said President Emmanuel Macron was “furious” with Russian President Vladimir Putin’s alleged claim that Navalny may have poisoned himself.

“The secret visit to Navalny is a further sign of how much the Chancellor is committed to Navalny and will not be ready to let the case rest for the time being,” Der Spiegel wrote.

The outlet did not indicate when Merkel visited Navalny or how it obtained information of her visit.

Navalny later confirmed that Merkel visited him in the hospital and spoke to his family, adding that “it should not be called ‘secret’,” but “a private meeting and conversation.”

The Russian opposition leader fell violently ill on a flight in Siberia on Aug. 20 and was airlifted to Berlin in a coma two days later. He is currently undergoing rehab in what his aides call a faster than expected recovery. 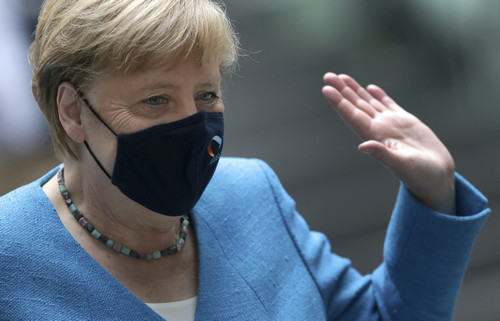 Germany says its lab findings backed by French and Swedish scientists “unequivocally” show that he was poisoned by a nerve agent from the Soviet-era Novichok family. The results of the international chemical weapons watchdog OPCW’s investigation are expected this week, according to Der Spiegel.

“For the German government, the mere use of the globally outlawed neurotoxin is a clear indication that Russian state agencies are behind the murder plot,” Der Spiegel wrote.

Russia denies that Navalny was poisoned, with officials claiming in the past week that Russia has never manufactured Novichok and that Germany may have “staged” his poisoning.

According to a Sept. 23 Business Insider report on Macron’s phone talks with Putin this month, the “disastrous” exchange may have “helped unite Europe against him.”