Speaking in front of an audience of largely expressionless officials on Wednesday morning, the mustachioed, 26 year ruler described his moment as a day of “decisive and momentous victory”.

“We didn’t just elect the country’s president,” he said. “We defended our values, our peaceful life, our sovereignty and our independence.”

By the end of the day, it was not clear who he had convinced. Various European powers, including Germany, reiterated their refusal to recognise his presidency. Even the Kremlin said the ceremony had taken them by surprise.

It has been 45 days since Mr Lukashenko declared an 80 per cent landslide in the obviously rigged vote of 9 August. That has led to weeks of protest from the people — and withering violence in response from the state. At least five people have died in the clashes, with many thousands also arrested and beaten. 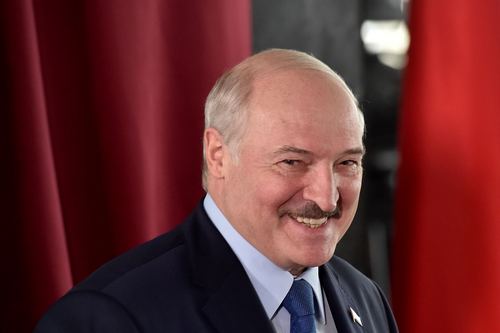 With a two month legal deadline on the inauguration, Mr Lukashenko had another two weeks to officially register his “victory”. But concerns that a public ceremony would lead to a significant uptick in protest seem to have fuelled a decision to conduct the inauguration now, and in secret.

From early morning on Wednesday, Minsk was awash with rumours about the impending inauguration. Observers noted Mr Lukashenko had surrounded his palace with soldiers and military vehicles. By around 10 am local time, dignitaries in suits were spotted entering the grounds.

In the event, it was left to Belarus’s official state news agency to confirm the news approximately an hour later.

“Placing his hand on the constitution, Alexander Lukashenko pronounced his oath in Belarusian and signed the act of taking the oath,” the agency reported. “Then elections chief Lidiya Yermoshina presented him with presidential credentials.”

Commenting on the surprise move, Mr Lukashenko’s press secretary said that the process was “anything but secret” — reasoning that 700 guests had been invited.

Mr Lukashenko’s bold inauguration move is unlikely to change the fundamentals. The former collective farm manager still retains the loyalty of his security state, which is bound in bonds of blood. But he still faces the biggest challenge of his political life. He has lost most parts of the Belarusian electorate, including the working class which he once considered his own.

Essentially, Mr Lukashenko’s only source of power is Moscow, where relations remain far from perfect. Vladimir Putin has promised certain security guarantees, but wants much in return.

Demonstrations, driven by a sense of disgust at his cheating and violence, are expected to resume later on Wednesday. Already “solidarity chains”, a traditional form of protest in the anti-Lukashenko uprising, are being reported across Minsk.

“I am the only leader who has been elected by the Belarusian people,” she said.

“The only thing that actually happened today is that Lukashenko retired.” As America reaches unimaginable toll of 500,000 deaths, families count the loss in their homes