Alexei Navalny’s wife Yulia Navalnaya has flown back to Germany for a “private visit”, reports suggest, hours after Russian authorities issued an arrest warrant for one of her husband’s top aides.

A passenger flying on the same plane allegedly told Russia’s RIA Novosti news agency that the opposition leader’s wife hung around in Frankfurt Airport’s transit area before making her way through border control on Wednesday evening.

Neither Ms Navalnaya nor her team have confirmed the trip, with newspaper Der Spiegel claiming her lawyer said she did not know if her client had “actually flown” to Germany at all.

According to FlightRadar24, a Lufthansa flight from Moscow’s Domodedovo airport landed in Frankfurt a little after 1800 local time (1700 GMT). It was the only Domodedovo-Frankfurt flight scheduled on Wednesday.

If true, it is not yet clear why Ms Navalnaya fled Russia or why she chose to go to Frankfurt over Berlin – where she and her husband spent five months while he received treatment after being poisoned by the nerve agent Novichok.

The whereabouts of the couple’s children are also currently unknown though it is widely speculated they are abroad. 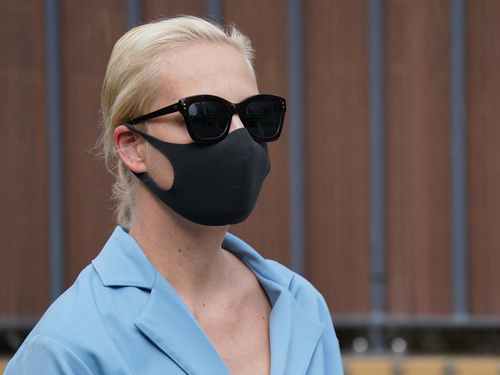 Some critics believe Russian state TV will spin the story to say Ms Navalnaya left out of fear – or to begin a counterattack on the Kremlin to free her recently jailed husband.

Der Spiegel said there was “talk in Berlin” of a previously scheduled private visit to Germany but did not name any sources.

The relocation comes amid unrest in Russia sparked by opposition leader Mr Navalny’s arrest on 18 January and subsequent imprisonment for two years and eight months. More than 11,000 people were arrested for protesting in support of Vladimir Putin’s biggest critic in January alone.

Earlier on Wednesday, before Ms Navalnaya flew out of the country, Russia announced an international arrest warrant for Leonid Volkov – one of her husband’s closest allies.

Mr Volkov, a strategist who oversees Mr Navalny’s regional headquarters, has been a driving force in encouraging young pro-Navalny supporters to object to his sentencing. On Tuesday, he urged Russians to join a demonstration on Valentine’s Day this weekend where they would shine their mobile phone torches and light candles in heart shapes to flood social media with pictures of the event.

Basmanny Court in Moscow said investigators had requested Mr Volkov be preventively detained after he was charged with inciting minors to take to the streets. He will be held for up to two months if and when he is extradited.

Police in Russia have seen some of the biggest resistance in years due to the wave of support for Mr Navalny. Sanctions have now been introduced to punish anyone who does not follow orders from Russian security forces: fines range from 10,000 to 200,000 rubles (£98 to £1,956), according to laws passed on Wednesday.

As well as Mr Volkov, Mr Navalny’s younger brother Oleg was arrested and detained in January during a police raid on the opposition’s offices.

Ms Navalnaya herself was hit with one of Russia’s new fines – imposed under the cloak of coronavirus regulations – at the beginning of the month. She was charged 20,000 rubles (£192) for attending a protest, demanding the immediate release of her husband.