The US remains the country with the highest number of coronavirus infections with over 2.9 million recorded cases, almost double the number of Brazil, the country immediately behind it.

The White House has insisted that the US is being looked at as a “leader” in the fight against coronavirus, even as cases continue to spiral across the country.

The latest comments came at a White House press briefing on Monday, when press secretary Kayleigh McEnany was questioned about the country’s handling of the coronavirus pandemic.

“I think the world is looking at us as a leader in Covid-19,” Ms McEnany replied.

More than 130,000 people have died of the respiratory disease, with the number of cases in many states still rising incrementally as health officials warn residents to stay at home for Independence Day weekend.

Ms McEnany insisted that the country’s success in handling the pandemic is reflected in its low death rate in comparison to European countries.

The press secretary asserted this was because of the “extraordinary work” the country has done on therapeutics, PPE, and ventilators.

An analysis by The New York Times has shown that despite significant increases in cases, the number of daily deaths in the US has shown a significant decrease from 3000 a day to around 600, with the death rate has also lowered by roughly 3 per cent.

Experts have suggested a number of reasons for the decrease in deaths including increased testing, better treatment, and a shift in patient population to younger age groups less severely affected by the virus.

Although the White House insists that the pandemic is under control, the number of cases in the country continue to rise, and President Donald Trump’s approval rating is seemingly plummeting amid the health crisis.

The president’s approval dropped the fastest in 500 counties suffering 28 deaths per 100,000 people, as a result of Covid-19, according to the latest data from Pew Research Centre. 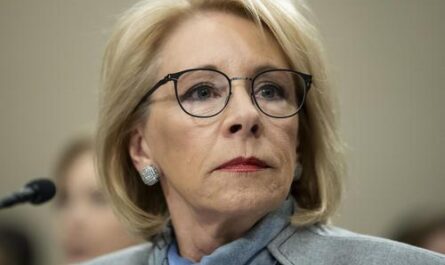 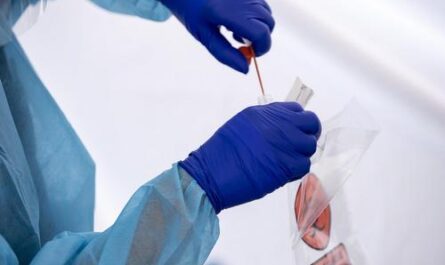