The news comes just days after Iran’s Foreign Minister Mohammad Javad Zarif announced the vaccine had been approved by the Islamic republic.

“A contract for the purchase and joint production was signed yesterday between Iran and Russia,” envoy Kazem Jalali said, quoted by IRNA.

Two more batches are to be delivered by Feb. 18 and 28, he added, without specifying quantities.

Iran’s supreme leader Ayatollah Ali Khamenei earlier this month banned the use of vaccines made by the United States and Britain, calling them “completely untrustworthy.” 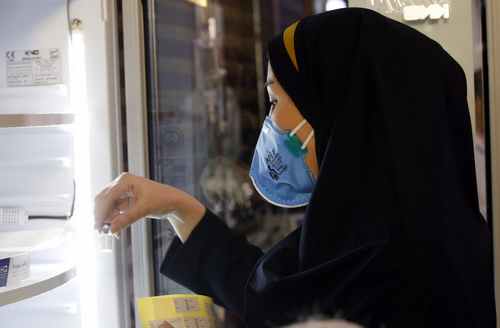 Iran is fighting the Middle East’s deadliest outbreak of Covid-19 with more than 57,800 dead out of over 1.4 million cases.

The country says arch-enemy the U.S. has blocked its access to vaccines through Washington’s tough sanctions regime.

Russia registered the jab — named after the Soviet-era satellite — in August last year, before the start of large-scale clinical trials, leaving some experts wary.

Sputnik V developers have since said the vaccine is more than 90 percent effective and several countries outside of Russia have begun administering it, including Argentina.

Hungary has also said it has reached a deal to buy the vaccine, although it has not been approved by the European Union.

Iran started clinical trials of its own vaccine in late December.

Russians Say They Are Being Forced to Vote in Elections, This Time Online