Vice-President Kamala Harris has today said Congress must unite to act in a more “permanent” capacity after a second mass shooting in the space of a week has left the country in mourning.

She told CBS: “I’m not willing to give up on what we must do to appeal to the hearts and minds and the reason of the members of the United States Senate.

“I served in that body, and I believe that it is possible, it has to be possible that people agree that these slaughters have to stop.”

Her comments come after Joe Biden called for ‘common sense steps that will save lives’ after the rampage in Boulder on Monday – that left 10 people dead – that occurred just a week after eight people were shot dead in Atlanta.

The violent attacks have plunged the president into the country’s hotly contested debate on gun control laws, with reform often encountered by significant political pushback. 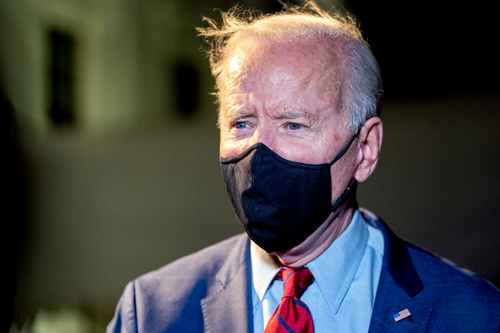 “I don’t need to wait another minute, let alone an hour, to take common sense steps that will save lives in the future and to urge my colleagues in the House and Senate to act,” Biden said on Tuesday.

Joe Biden does not plan to overturn the Second Amendment, White House assures

Asked if the president would consider looking at the Second Amendment to achieve gun control at the source, press secretary Jen Psaki was adamant overturning the Constitution was not on the table.

“No one is talking about overturning or changing the Second Amendment, what our focus is on is putting in place common-sense measure that will make our communities safer,” she said.

Following the killings of 18 people in mass shootings in Boulder, Colorado and Atlanta within the last week, the White House is mulling executive orders as well as legislative proposals to address the nation’s gun violence.

Joe Biden is “not waiting for anything to fail” in Congress, White House press secretary Jen Psaki told reporters on Wednesday.

“What our team is looking at now is what is the range of legislation out now and whether there are policy gaps that need to be filled or can be revisited,” she said.

The orders will also address “community violence and a range of issues that are root causes and lead to the deaths and impact we’re seeing that is so troubling,” she said.

Alex Woodward is going deeper on this angle.

While Joe Biden has pushed hard on gun control following the loss of 10 lives in Colorado, press secretary Jen Psaki couldn’t say if the president has called any families of the victims killed in the mass shooting.

“I don’t have any calls to read out for you,” Psaki said when asked.

“He is somebody who obviously has a deep connection to loss and we don’t always read out those calls. I can check and see if there’s anything that he has done that he would be comfortable conveying to all of you.”

Jen Psaki said that while Joe Biden agrees it is important to work with Congress to achieve lasting change through legislation, he would use his “leverage” to achieve gun control by executive fiat.

“I know the vice president touched on the fact if we want something to be permanent if we want it to be lasting, we need it to be legislation. He certainly believes that,” she said.

“But there are also executive actions under consideration that we will continue working through internally and there’s lots of leverage you can take, obviously, as president and vice president.”

Asked when Biden would consider executive action, Psaki said he would continue considering while Congress works on legislation: “So he’s not waiting for anything to fail,” she said.

Laurent Boebert has been ridiculed for claiming that there were “no gun laws” that could have stopped a gunman from carrying out the Boulder, Colorado, shooting.

A man was charged with the deaths of 10 individuals, including an officer from the Boulder Police Department (BPD), following the shooting at a grocery store on Monday.

The man accused of carrying out the attack brought an assault weapon six days before the incident, and was able to do so, because a court overruled a ban on assault rifles in the city of Boulder.

A Russian oligarch with close ties to Vladimir Putin who has called on the FBI to remove him from its Ten Most Wanted Fugitives list.

Yevgeny Prigozhin, a wealthy businessman, argued in a letter on Wednesday that the FBI reward of up to $250,000 for information leading to his arrest in connection with Russian interference in the 2016 presidential election was in violation of international law.

A tweet from the official coronavirus response team account said: “The President will announce this afternoon that today our administration will release $81 billion of the American Rescue Plan funds to states to help support efforts to safely reopen schools and return students to in-person learning.”

The White House coronavirus response team is currently holding a briefing from the White House updating the nation on the ongoing battle against the pandemic.

Senior adviser Andy Slavitt has confirmed that 84 million Americans have received one of the three approved Covid vaccines approved for use.

He also said that one in six people has now been fully vaccinated. 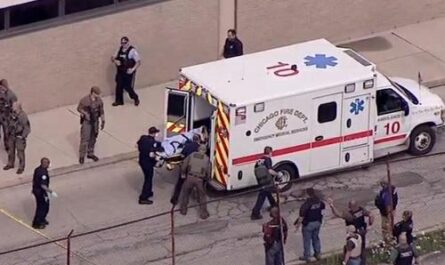 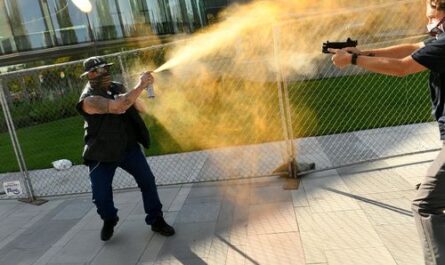 Video shows seconds before and after fatal shooting at Denver protest 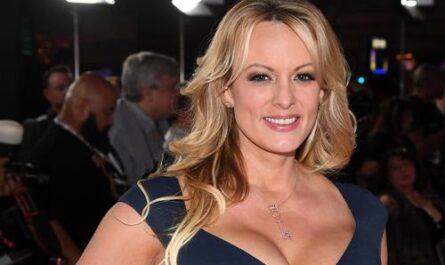