Thanks to the calculations of a supercomputer in Tennessee, researchers may have a better understanding of why Covid-19 – caused by the coronavirus – takes such a severe toll on the human body.

The Oak Ridge National Lab in Tennessee is home to the Summit supercomputer – the second fastest supercomputer on the planet. Researchers at the lab used the machine to crunch data on more than 40,000 genes from 17,000 genetic samples in an effort to better understand Covid-19.

According to science publication Elemental, the scientists at Oak Ridge poured over the data produced by the supercomputer and eventually had a breakthrough, leading them to the bradykin hypothesis.

The bradykin hypothesis is a model of understanding Covid-19’s many and sometimes bizarre symptoms. It also proposes more than 10 potential treatments, many of which have already been approved by the US Food and Drug Administration.

Dr Daniel Jacobson, the lead researcher and chief scientist for computational systems biology at Oak Ridge, and his team published their findings in the science journal eLife in July. 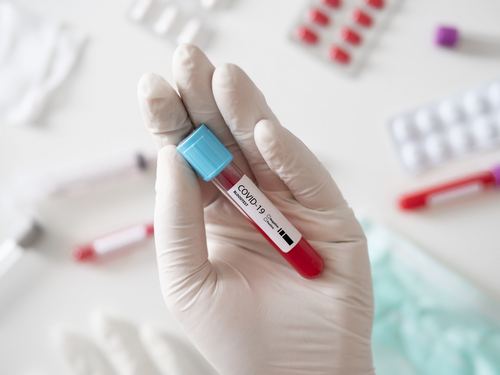 In very simplistic terms, Covid-19 causes the body to stop breaking down a chemical called bradykin, which is used to regulate blood pressure.

Under this theory, the buildup of bradykin – a bradykin storm – is ultimately what causes many of the deadliest symptoms associated with Covid-19.

Bradykin buildup causes vascular permeability in the body – that is to say, a weakening of the blood vessels that includes seepage – and may explain why Covid-19 causes the lungs to fill with fluid and cause inflammation, which in turn makes it difficult for patients to breathe.

Though not tied directly to bradykin, Covid-19 can also trick the body into producing unnecessary hyaluronic acid, which is often used in soaps and lotions because it can absorb more than 1,000 times its weight in fluid. When the HLA seeps into the lungs and soaks up the leaked vessel fluid from the bradykin storm, it can form a hydrogel, which makes it so difficult to breathe than a patient can suffocate despite being on a ventilator.

“It reaches a point where regardless of how much oxygen you pump in, it doesn’t matter, because the alveoli in the lungs are filled with this hydrogel,” Dr Jacobson said. “The lungs become like a water balloon.”

The bradykin hypothesis can also account for Covid-19’s affects on the heart and neurological system.

Nearly one in five hospitalised Covid-19 patients suffer damage to their hearts, even if they do not have a history of cardiac ailments. The body’s inability to breakdown bradykin may result in arrhythmias and low blood pressure, both of which are common for Covid-19 patients.

Patients can also experience dizziness, seizures, delirium and stroke resulting from Covid-19. These symptoms can also be explained using the bradykin hypothesis, as MRI studies in France have suggested that Covid-19 patients have suffered from permeable blood vessels in their brains.

The researchers suggested a number of drugs that are already approved by the FDA as possible treatments for Covid-19 under the bradykin hypothesis.

Drugs like danazol, stanozolol and ecallantide reduce the production of bradykin and could feasibly stop a bradykin storm from occurring in the body.

The researchers also pointed to vitamin D as a having some potential benefits to combatting Covid-19 by fighting the likelihood that bradykin storms will occur. Vitamin D has been used previously as a treatment for individuals suffering from Covid-19.

The researchers plan to pursue the hypothesis through clinical trials and hope that their findings will lead to further effective treatments for the virus. This Isn’t Your Grandma’s Russian Museum