A man known as the “QAnon Shaman,” who stormed the Capitol shirtless while wearing fur and horns, feels he was “duped” by Donald Trump after the president failed to pardon him, his lawyer has revealed.

Mr Watkins added that he regrets “having not just been duped by the President, but by being in a position where he allowed that duping to put him in a position to make decisions he should not have made. As to my client, the guy with the horns and the fur, the meditation and organic food…I’m telling you that we cannot simply wave a magic wand and label all these people on January 6th the same.”

Weeks before his inauguration, President Joe Biden called the 6 January attack an “unprecedented assault on our democracy,” and “one of the darkest days in the history of our nation”.

“They weren’t protesters. Don’t dare call them protesters. They were a riotous mob, insurrectionists, domestic terrorists. It’s that basic. It’s that simple,” Mr Biden said the day after the riot, adding: “I wish we could say we couldn’t see it coming, but that’s not true. We could see it coming.”

“What’s really curious is the reality that our president, as a matter of public record, invited these individuals, as President, to walk down to the Capitol with him,” Mr Watkins said. 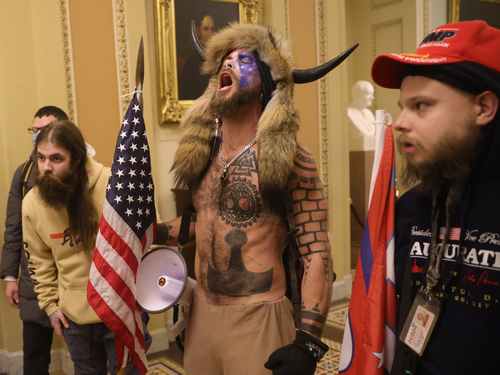 Many of those who have been arrested for being part of the mob appealed for last-minute pardons from Mr Trump on his way out the door but were unsuccessful in their attempts.

“I feel like I was basically following my president. I was following what we were called to do. He asked us to fly there. He asked us to be there. So I was doing what he asked us to do,” said Jenna Ryan, a Texas real-estate agent who took a private jet to the rally and ensuing riot to disrupt the certification of the election of Joe Biden.

Ryan, who prosecutors say posted a now-deleted video of herself marching to the Capitol with the words, “We are going to f***ing go in here. Life or death,” told Dallas television station KTVT: “I think we all deserve a pardon. I’m facing a prison sentence. I think I do not deserve that.”

Mr Watkins told the Associated Press that he reached out to former White House chief of staff Mark Meadows about a possible pardon on behalf of Mr Chansley. He said that the lack of pardon would help awaken his client to the fact that the devotion Mr Chansley showed the former president was a one-way street, comparing it to being a jilted lover or a member of a cult.

“The only thing that was missing at the Capitol was the president, our president, stirring up the Kool-Aid with a big spoon,” Mr Watkins said. 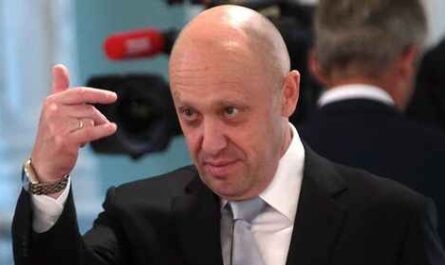 Putin’s ‘Chef’ Sues Navalny and His Ally for Defamation 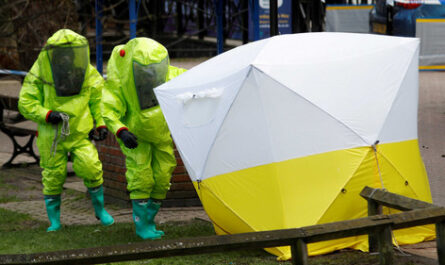 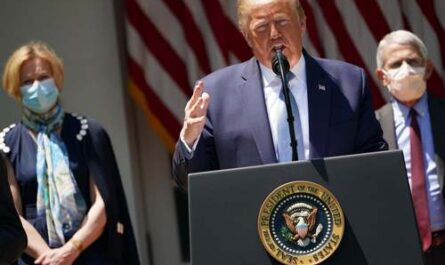