Reddit has found itself at the centre of a stock market war of attrition, as investors from its WallStreetBets forum attempt to “shot squeeze” a group of hedge funds attempting to short sell GameStop stocks.

Reddit investors banded together to buy up GameStop stocks, sending the share price soaring more than 2,000 per cent over the last month, which could force short selling hedge funds to have to buy back their GameStop stocks at exorbitantly inflated prices. The hedge funds stand to lose billions of dollars in the exchange.

“I do think this is a seminal moment. I don’t think we go back to a world before this because these communities, they’re a byproduct of the connected internet,” he said. “Whether it’s one platform or another, this is the new normal.”

He told the program that the forum-driven short squeeze was simply the latest iteration of the internet and its ability to bring disparate groups of people together under a common cause disrupting the status quo.

“We’ve watched the internet now, over the last 10, 15 years thanks to the rise of social media and all this infrastructure, bring a bottom-up revolution to so many industries,” Mr Ohanian said. “We’ve seen this across media, we’ve seen this across so many sectors, and now it’s happening to finance.”

Beyond the internet providing an avenue for loosely-organised action like that seen in the GameStop short squeeze, Mr Ohanian believes the WallStreetBets stock purchase push is rooted in deep-held feelings of injustice directed at American financial institutions.

“Just looking at the comments around the internet, it’s something that’s very personal for a lot of people and a chance for Joe and Jane America, the sort of retail buyers of stock, to flex back and push back on these hedge funds,” he said.

Several users on the WallStreetBets subreddit posted messages lashing out at the hedge fund managers, saying they “hated everything they stand for” and detailed their lives living below the poverty line.

Mr Ohanian said he hopes the GameStop short squeeze will open financial leaders’ eyes to the resentment felt by those who believe they have been boxed out of growing their wealth.

“There’s a very important role to be played for protecting the little guy,” he said. “It’s just that so many of these little guys are saying very clearly that they felt rather unprotected for so long.”

The man who started the WallStreetBets subreddit, Jaime Rogozinski, said he was not actively participating in the buying frenzy.

Mr Rogozinski began the subreddit nine years ago, but stepped down as the lead moderator last year.

“I don’t envy any of them,” he told CNN. “I’m enjoying this from the sidelines.”

The subreddit has 4.5m subscribers.

Mr Rogozinski said he predicted that something like the GameStop short squeeze would happen, though he admitted he had not predicted the magnitude of the movement.

White House Press Secretary Jen Psaki, said the Biden administration was monitoring the situation, though Mr Rogozinski does not believe the government is prepared to actually deal with the new frontier in finance, and he does not think Reddit is prepared to control the users organising on the forums.

“Nobody’s prepared to handle it on the regulatory side, the government side or on the actual forum itself,” he said. 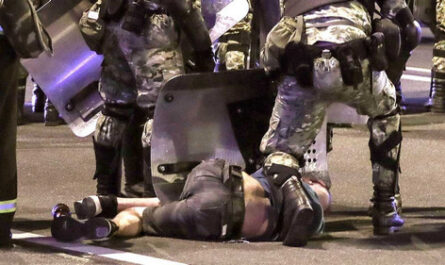