New Zealand is to launch a project to protect one of the world’s most endangered dolphin species, said to number just 55.

The initiative, announced on Friday, will see the New Zealand government work with the WWF, fishing companies, and scientific and technology experts to track the animals using unmanned aerial vehicles.

Helped by artificial intelligence, conservationists will use the drone data to piece together how the Maui dolphins, a subspecies of the Hector’s dolphin, live and hunt.

Hector’s dolphins are described by the WWF as the smallest and rarest marine dolphins in the world, with distinct black facial markings, short stocky bodies and a dorsal fin shaped like a Mickey Mouse ear.

The Maui subspecies is critically endangered and estimated to have a population of between 65 and fewer than 50 – less than 5 per cent of the original population size.

They are found exclusively in shallow coastal waters along the western shores of New Zealand’s North Island. 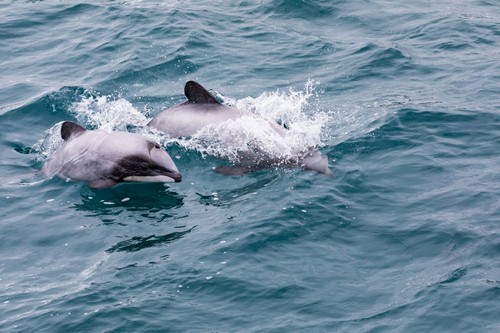 David Parker, New Zealand’s oceans and fisheries minister, said the drones were just one part of the project to save the dolphin from extinction.

“This technology has the potential to compile detailed data on the habitats, population size and distribution and behaviour of the dolphins, along with many other types of marine species such as other dolphins, seabirds, and whales,” he said.

“By advancing our understanding of how Maui dolphins behave during the day and throughout the year this project will help us ensure the measures our government has already put in place to protect our Maui dolphins are robust and appropriate.”

New Zealand’s Whale and Dolphin Trust blamed the depletion of the Maui dolphin numbers on the animals getting caught in fishing nets.

They said banning trawling in waters up to 100m deep would allow Hector’s and Maui dolphins to recover.