The president-elect was given his second dose of the Pfizer vaccine on camera during a live presentation on Monday. Ric Cuming, the chief nurse executive at ChristianaCare’s Christiana Hospital in Newark, Delaware, administered the shot.

Mr Biden was given his first dose on camera last month. The Pfizer and Moderna vaccines require two doses in order to provide the greatest protection from developing Covid-19.

While the vaccines protect the individual from developing the disease, they do not protect them from becoming infected with the coronavirus and potentially spreading it to others. The US Food and Drug Administration recommends that the vaccine doses be taken 28 days apart.

Health officials have recommended that even those who have taken the vaccine continue to social distance and wear masks to avoid carrying and spreading the virus further.

While the vaccine distribution to lawmakers has been swift, the roll out has gone slower and faced more difficulties than initially expected.

Health officials across the country warned that they did not have enough money or support to administer the vaccine at the rate suggested by the Trump administration. 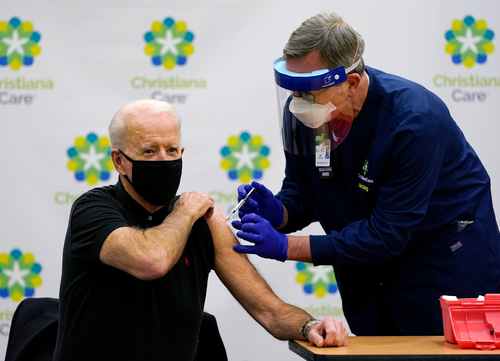 State and local health officials have cited a lack of leadership at the federal level to the delays and obstacles they are facing on the ground.

Gianfranco Pezzino, who was the public health officer of Shawnee County, Kansas before he retired last month, told the Associated Press that a dearth of national leadership has hobbled the effort to vaccinate the populace.

“The recurring theme is the lack of a national strategy and the attempt to pass the buck down the line, lower and lower, until the poor people at the receiving end have nobody else that they can send the buck to,” he said.

Dr Vivek Murthy, Mr Biden’s pick for incoming surgeon general, said that Americans who are not among the highest priority groups for vaccination should expect to receive their vaccinations in “mid summer” or “early fall.”

It is unclear if that timetable has changed as a result of the obstacles.

In New York, Governor Andrew Cuomo had to ease restrictions he placed on how the vaccine was distributed after it was reported that vaccine doses were going to waste in the state. 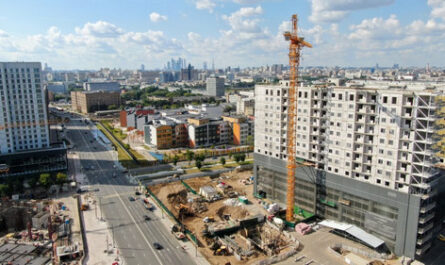