The “appalling treatment” of thousands of Windrush victims shows that the Home Office has become a callous and hostile institution in need of “root and branch reform”, a damning report from the home affairs select committee has found.

The introduction of a barrage of hostile environment policies at the same time as legal aid was removed for immigration cases meant the Windrush generation were unable to get help when they found themselves classified as illegal immigrants, consequently losing their jobs and homes or being denied NHS treatment and unable to travel, the report found.

What is the Windrush deportation crisis?

Who are the Windrush generation?

They are people who arrived in the UK after the second world war from Caribbean countries at the invitation of the British government. The first group arrived on the ship MV Empire Windrush in June 1948.

What happened to them?

An estimated 50,000 people faced the risk of deportation if they had never formalised their residency status and did not have the required documentation to prove it.

It stems from a policy, set out by Theresa May when she was home secretary, to make the UK ‘a really hostile environment for illegal immigrants’. It requires employers, NHS staff, private landlords and other bodies to demand evidence of people’s citizenship or immigration status.

Why do they not have the correct paperwork and status?

Some children, often travelling on their parents’ passports, were never formally naturalised and many moved to the UK before the countries in which they were born became independent, so they assumed they were British. In some cases, they did not apply for passports. The Home Office did not keep a record of people entering the country and granted leave to remain, which was conferred on anyone living continuously in the country since before 1 January 1973.

What is the government doing to resolve the problem?

A new Home Office team was set up to ensure Commonwealth-born long-term UK residents would no longer find themselves classified as being in the UK illegally. But a month after one minister promised the cases would be resolved within two weeks, many remain destitute.

The government should re-evaluate all its hostile environment policies to assess their “efficacy, fairness, impact (including both intended and unintended consequences) and value for money”, the committee found.

“The hostile environment policy places a huge administrative burden and cost on many parts of society, without any clear evidence of its effectiveness but with numerous examples of mistakes made and significant distress caused. We question whether the hostile environment should continue in anything like its current form. Simply rebranding it as the ‘compliant’ environment is a meaningless response to genuine concerns,” the Windrush Generation report concludes.

Officials needed to assess whether cuts to Home Office funding and consequently “a loss of experienced staff and institutional knowledge contributed to the Windrush crisis”, the committee said, and also to establish “why warnings, both internal and external, were disregarded”.

The chair of the committee, Yvette Cooper, said she was concerned about the number of questions which remained unanswered, two months after the government promised to take urgent action to resolve the crisis.

There is still no clarity on how many Windrush people were wrongly detained by immigration enforcement officials, or any sense of the overall number of people affected by the scandal.

“It is shocking that the Home Office simply cannot tell us how many people have lost either their homes or their jobs or their NHS treatment. To have a policy where they simply do not know how many injustices it is causing or what level of accuracy it has, is a really serious problem,” Cooper said.

“Policy choices and political decisions in the Home Office led to a hostile culture and callous system so alarm bells didn’t even ring in the department about locking up a grandmother who has lived here for decades, or when longstanding lawful residents lost their NHS treatment and were met with a wall of bureaucracy in response. Oversight in the Home Office that should have caught these problems completely failed.”

There have been around 8,000 referrals to the Windrush taskforce, established to help those affected by the fallout from the Home Office’s policies, and over 2,000 documents have been issued to Windrush generation people confirming that they have a right to live in the UK.

In the two months during which the committee has been preparing its report, the three most senior positions in the Home Office (including that of home secretary) have been reappointed.

While the committee welcomed the commitment by the new home secretary, Sajid Javid, to create a “fair and humane” immigration system, it noted that he had much work to do before this could be achieved.

Cooper said it was “troubling” that the Home Office had rejected the committee’s proposal for a hardship fund designed to ease the dire financial situation faced by many Windrush victims. They are still struggling with the financial consequences of being told they were neither allowed to work or claim unemployment benefits, leaving them near-destitute for several years.

Some Windrush generation people remain homeless, or continue to face large debts as a direct consequence of being wrongly classified as illegal immigrants.

The report notes that Home Office staff should also have been aware of earlier warnings made to the government about the likely impact of hostile environment policies – introduced by Theresa May during her tenure as home secretary – by immigration experts such as Liberty and the Joint Council for the Welfare of Immigrants.

A culture change within the Home Office, with “a policy shift towards an increasingly rigid, rules-based culture” led to an environment in which people attempting to sort out their papers were “automatically treated with suspicion and scepticism”, the report says.

“They had been made to follow processes that appear designed to set them up to fail, while at the same time vital avenues for support such as legal aid and the right of appeal had been removed.”

“Members of the Windrush generation have become caught by policies designed for those in the country unlawfully. There is little evidence that the Home Office has checked the effectiveness of these policies despite clear warning signs and evidence of mistakes being made. We call for essential checks and balances in the system to be reinstated,” the report states.

MPs warned that unless lessons were learned, the “appalling injustice” of the Windrush scandal could be repeated in the UK government’s approach to registering EU nationals.

“The government must be mindful of the fact that there will be some EU nationals who do not register through no fault of their own. This is likely to include children who believe, wrongly, that they are British. The government will need to ensure that processes are in place to deal with such cases in a positive manner so that they do not find themselves locked out of living a lawful life in the UK as we have seen happen to members of the Windrush generation,” the report states.

Similarly, the estimated 144,000 undocumented children living in the UK represents another potential Home Office scandal, unless lessons from Windrush are learned, the committee warns. This “is a problem the government must solve. A failure to do so will leave many in a precarious position, unable to study, work or seek the support of social security as they transition into adulthood”, the committee states.

A Home Office spokesperson said: “The experiences faced by some members of the Windrush generation are inexcusable and it is clear that we must do what is needed to ensure that nothing like this happens again. The home secretary has said that it is his top priority to right the wrongs that have occurred.

“A lessons learned review, which will have independent oversight, will help ensure that we have a clear picture of what went wrong and how we should take this forward. But in the meantime we are already reviewing existing safeguards to ensure that those who are here lawfully are not inadvertently disadvantaged by measures put in place to tackle illegal migration.” 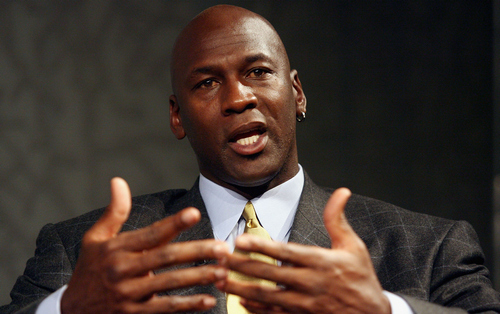 US, North Korea in talks to set up third Trump-Kim summit