Go to any conference these days and innovation is almost sure to come up. When it does, you can be just as sure you will see something Steve Jobs said, something Elon Musk did (or plans to do) and some doomsday scenario about how robots will make us all obsolete (if they haven’t already).

There are good reasons for this. Our world is changing faster than ever and companies don’t last nearly as long as they used to. In some cases, entire industries are swept away by the rising tide of new technology. We not only creating machines that think, but editing genes and manipulating materials on the molecular level.

These are exciting, but confusing times. Unfortunately, that leaves a lot of room for hucksters selling gimmicks and every conference has its share of them as well. They tend to be long on buzzwords and short on any real experience or track record of accomplishment. Nevertheless, they can be incredibly convincing. Here are four ideas you should be looking to avoid:

Ever since Clayton Christensen published The Innovator’s Dilemma, the concept of disruptive innovation has become the buzziest of buzzwords. The process he described, a seemingly marginal player upending industry incumbents by creating a shift in the basis of competition, is at once both seductive and terrifying.

The reality, however, is that true disruption is incredibly rare. It may happen to your industry once in a decade and even then it’s usually not nearly as disruptive as pundits say it’s going to be. We still have newspapers and many of them make money. Last year, sales of paper books surged, while those of e-books fell.

Consider Uber or AirBnB. Both launched with standard technologies, but disrupted more established firms because they undermined their business models. In effect, they did not invent new technologies to solve a problem, but found a new problem for existing technology to solve.

While disruptive innovation is widely praised, incremental innovation is often sneered at. Why merely tweak at the edges when you can do something really radical? Many innovation gurus proudly say that they don’t even consider innovation “real” innovation because it doesn’t move the needle fast enough.

They often point to Steve Jobs and Apple as a prime example. When MP3 manufacturers were making incremental improvements in their devices, Jobs completely reimagined the possibilities with the iPod. When mobile phone companies were making mild improvements, he blew away the competition with the iPhone. How inspiring!

Make no mistake. The bulk of the value from innovation is generated by incremental improvements, which is why smart firms follow the 70-20-10 rule – devoting 70% of resources to incremental innovations, 20% on adjacent opportunities and 10% on radically new opportunities.

3. You Have To Be Agile To Innovate

Another pervasive myth that is constantly repeated is that to innovate you need to be agile. Pundits are always saying that in the fast moving world of today, unless you able to adapt quickly to changes or you will end up roadkill. There is some truth to that, but great companies prepare more than they adapt.

My favorite example of this is IBM, which is by all accounts a big, slow lumbering firm. Pick any point in the last 70 years and you would find no shortage of people who thought the company was a dinosaur about to become extinct. Yet not only does it still exist, it continues to be a leader in many cutting edge technologies, including artificial intelligence, quantum computing and neuromorphic chips.

It’s secret is that it’s been around long enough to understand that every business is disrupted eventually. So it invest billions of dollars every year into exploring really tough problems that will take them years – and sometimes decades – to solve. So when IBM hits a rough patch, it’s always got something new cooking.

We desperately need to shift our emphasis from disrupting markets to pursuing grand challenges – solving fundamental problems that have the potential to change what’s possible and bring your business to a completely new level.

4. Innovation Is About Ideas

The most pervasive myth about innovation is that it is about ideas. Sure, every great innovation – or accomplishment of any kind – has an idea behind it, but so do most failures. The real trick is to come up with a good idea, execute it effectively and then get other people to buy into it so that it spreads and makes an impact.

That’s a much higher hill to climb, because there are far more bad ideas than good ones and a vanishingly small percentage of good ideas ever become transformative. It’s always tough to tell if an idea is good until you put it into practice and once you do that you take on the risk of failure, which is often painful. Nobody ever seems to want to talk about the pain.

What I found in researching my book Mapping Innovation is that the truly innovative organizations – not just the one-hit wonders, but those who can reproduce success over many years – don’t look for ideas but for problems to solve. A good problem leads to a sense of purpose and that’s where good ideas really come from.

Another thing I noticed was that great innovators had to persevere. They were able to do so not because they had better ideas, but because they felt strongly that the problem they were working on needed to be solved. So they stuck with it until it was. Revolutions don’t begin with a slogan, they begin with a cause. So don’t look for a great idea, find a good problem.

Can artificial intelligence create content as well as a human? 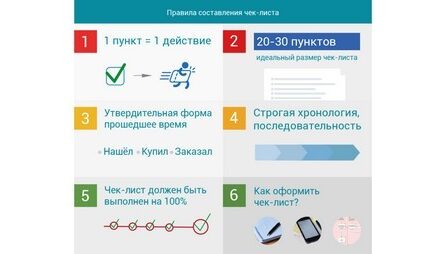 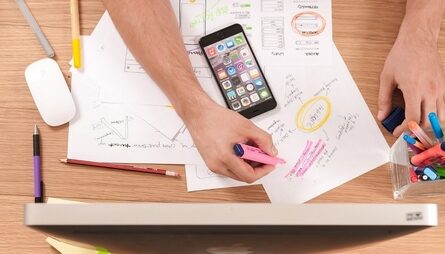 How to open your business from scratch?