A mother has shared a powerful photo of her ‘inside-out’ baby who was born with her intestines on the outside.

Ava-Rose Nightingale, from Carmarthen in Wales, was born with gastroschisis, which caused her intestines to grow outside her body due to her abdominal wall not forming properly before birth.

The photo, which was taken just minutes after she was born, shows the youngster’s organs spilling over her body while being wrapped in cling film to keep her warm and prevent infection.

Her mother Chloe Walters, 21, a dairy farmer, said: ‘It was such a scary experience. They told me I wouldn’t be able to hold her but I was so upset I got to for five seconds.’

After spending seven weeks in hospital that involved a three-hour operation, being given oxygen and even having her hair shaved so she could be fed intravenously via the head, Ava-Rose is finally home with her parents. 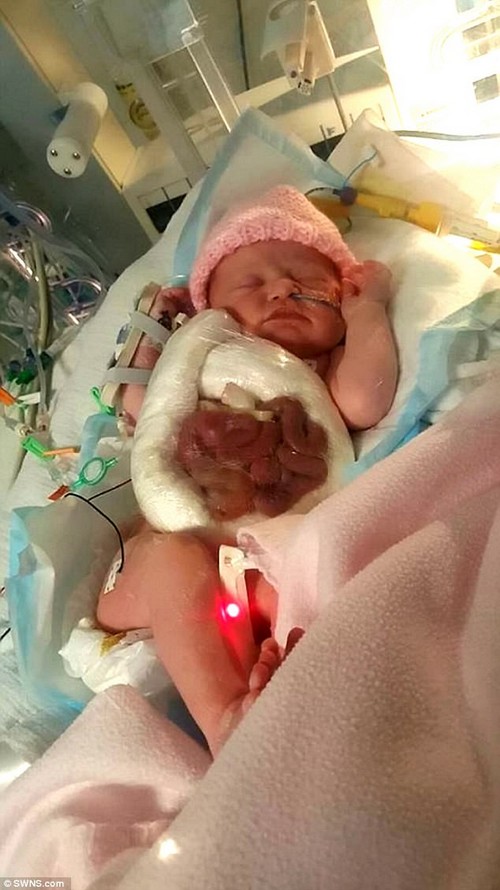 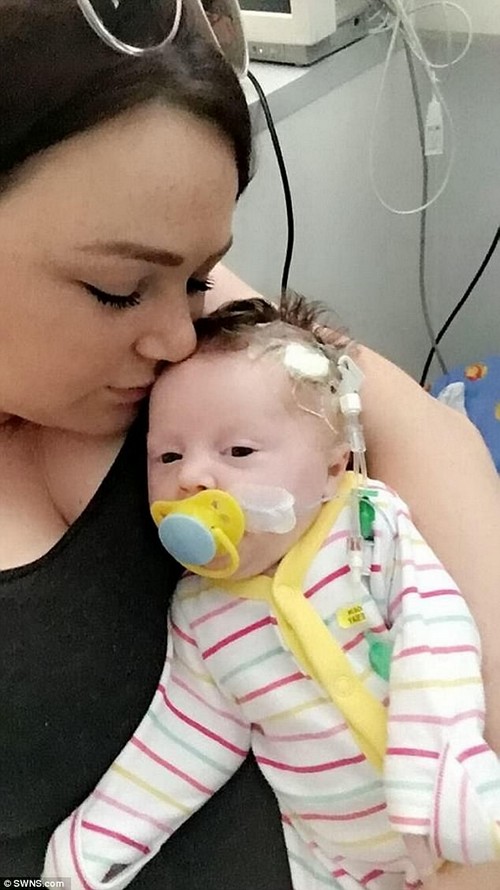 Ava-Rose Nightingale, from Carmarthen in Wales, was born with gastroschisis, which caused her intestines to grow outside her body (pictured with her mother Chloe Walters, 21) 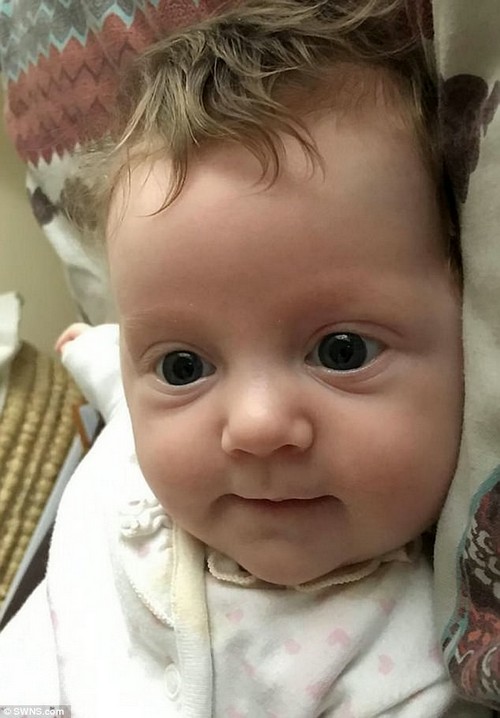 Gastroschisis is a type of abdominal wall defect. It occurs when a child’s abdomen does not fully develop while they are in the womb.

This causes the intestines to develop on the outside, making them exposed to the air at birth.

Gastroschisis’ cause is unclear, however, it is becoming more common, particularly in mothers under 20.

It affects around one in 3,000 babies every year.

Treatment is required immediately after birth. It involves surgery to put the intestines into the body.

Before surgery, affected children are wrapped in a type of cling film to prevent further damage and keep the baby warm.

If the operation is successful, most babies stay in hospital for around a month, but go on to live normal, healthy lives.

‘It was huge blobs of flesh and red’

Ms Walters said: ‘It was such a scary experience. They told me I wouldn’t be able to hold her but I was so upset I got to for five seconds.

‘Her intestines were on her and they looked bigger than her. It was like huge blobs of flesh and red.

‘But I didn’t even have time to rest before the doctor was in with me explaining the risks of her surgery.

‘Of course they had to tell me but it was really scary having to sign her life away just after she was born.

She said: ‘Handing her over was really hard. The family got to see her all wrapped up in clingfilm just before the operation and someone took a photo.

‘They wrapped her all up in the cling film, just like the stuff from the kitchen, to keep them clean and moist and to keep her warm.

‘I couldn’t believe it that this piece of kitchen cling film was keeping her going before her operation.

‘I couldn’t look at the photo. At the time I didn’t want it and to see it would have broken my heart.

‘But after two weeks I wanted to see it. I built up the courage to have a look and while it was horrible it shows how far she has come.

‘To look at her now you’d never know what she has been through.’ 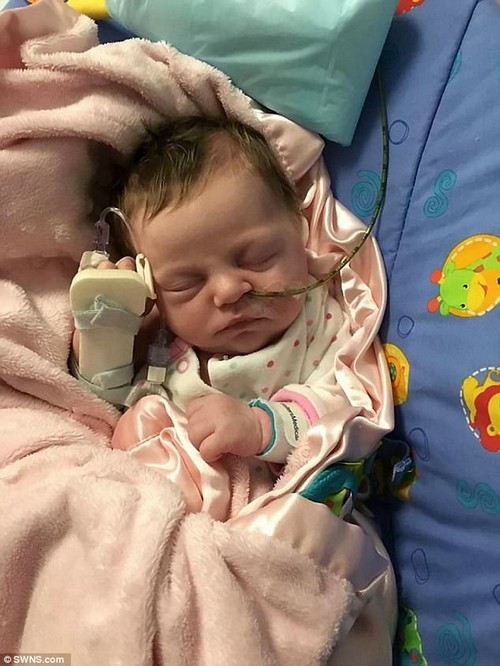 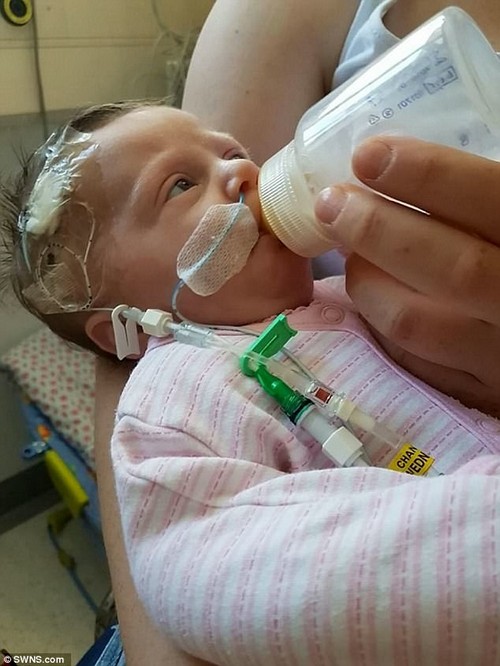 Ava-Rose spent seven weeks in hospital, which involved a three-hour operation and oxygen 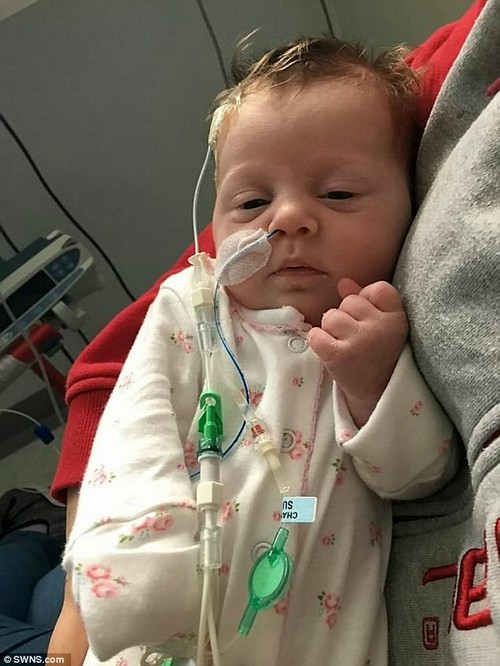 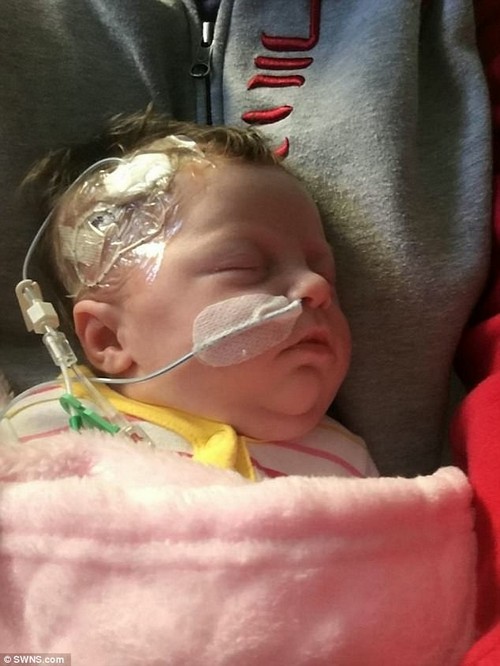 Fed via the head

Ava-Rose was born via natural delivery on May 21 at University Hospital of Wales in Cardiff, weighing 6lb 8oz.

Ms Walters was allowed a ‘five-second cuddle’ before her daughter was whisked off and prepared for surgery.

After doctors successfully put Ava-Rose’s organs back in place she remained on oxygen for seven days as she ‘forgot how to breathe’ due to the morphine and operation.

She was fed intravenously via her head, forcing doctors to shave her hair, for 14 days before she was slowly introduced to milk.

After seven weeks in hospital she was finally allowed home in June with her mother and father Scott Nightingale, 23. 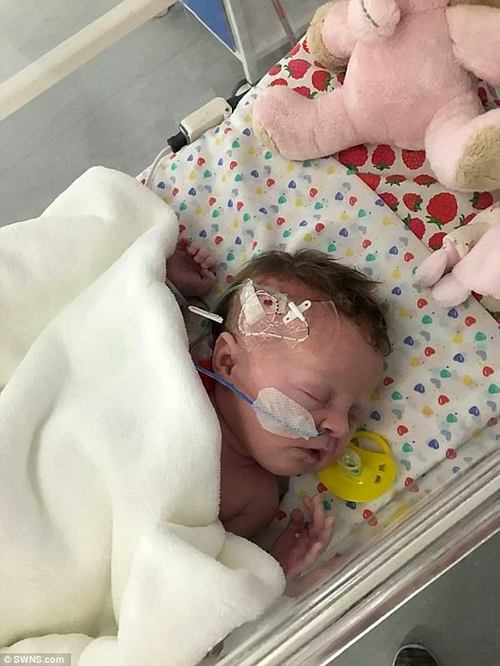 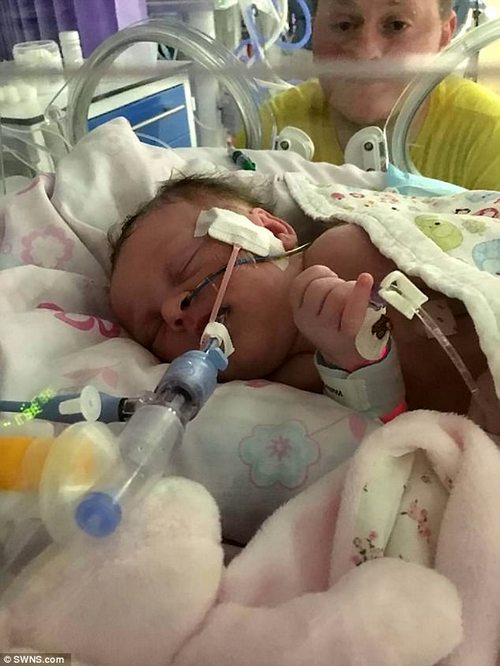 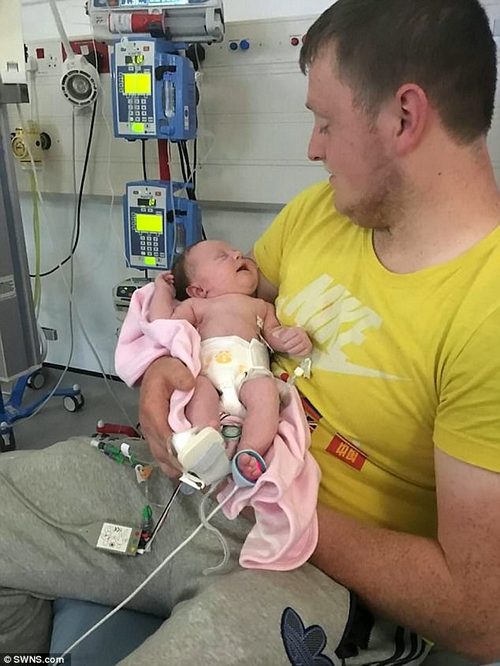 She recovered and is home with her parents (pictured with her father Scott Nightingale, 23)

‘It was so scary’

Ms Walters had a normal 12-week scan, however, doctors noticed an abnormality at a private 16-week check-up.

She said: ‘It looked like lots of loops all around her body.

‘It was really upsetting. I was so excited about seeing her but when they told me their might be a problem it was so scary.’

To add extra worry, Ms Walters had anterior placenta, which causes it to form on the front wall of the womb and meant she did not feel a single movement throughout her pregnancy.

Although traumatic, Ms Walters posted the photo taken shortly after Ava-Rose’s birth on Facebook to raise awareness of her condition.

She wrote: ‘Unfortunately the UK doesn’t recognise this day yet but as this affects one in 3,000 babies with no known cause. Hopefully this will change!

‘Gastroschisis normally occurs on boys and mothers under the age of 20. At my 16 week private scan I was told my baby had gastroschisis. After regular appointments and check ups I was told there was a chance I could go into labour anytime from 32 weeks as this was common with babies with this defect and also the chances of stillborn became higher at 39 weeks and four days.

‘Ava-Rose was born. At one hour old she was sent down for operation that saved her life. Thanks to doctors at Cardiff Heath hospital. I couldn’t thank them enough for saving are little girl.

‘Seven weeks in recovery and she now home fit and healthy.’ 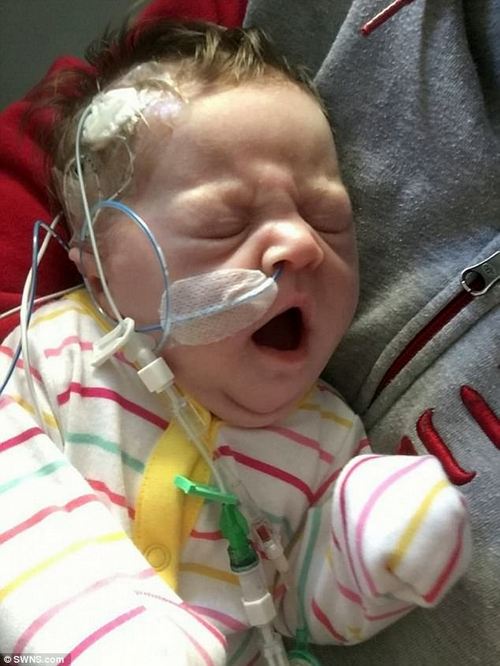 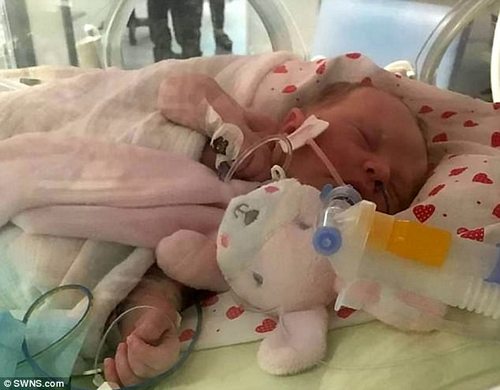 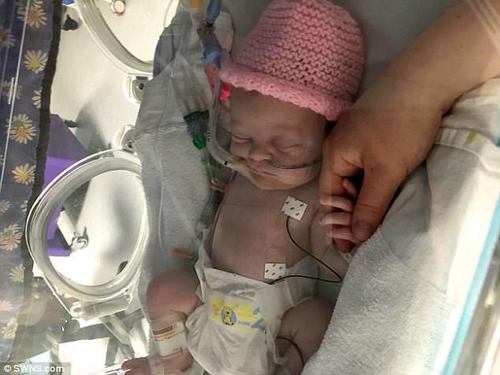 Ms Walters also had anterior placenta, which meant she felt no movement during pregnancy 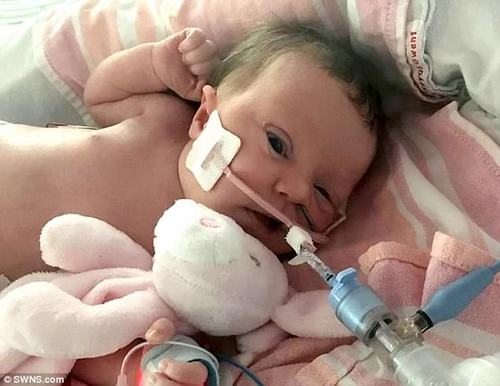 Although traumatic, Ms Walters posted the newborn’s photo on Facebook to raise awareness

The ONE tweak to your diet that could keep you skinny

Seniors in US are sicker, poorer than in other countries

Aussie flu surged 156 per cent in just one week