The stock of optimism from the OPEC + transaction on maintaining restrictions on the extraction of “black gold” for the commodity market players was enough for only a month – the cost of a barrel collapsed again. Investors were frightened by the repeated wave of the coronavirus pandemic that swept the US and China.

In addition, Saudi Arabia, which recently insisted on cutting production, is now about to open cranes at full capacity.

According to experts, the process of stabilizing oil quotes will drag on for a long time and the state budget of the Russian Federation will face serious losses. As a result, the national currency exchange rate may noticeably weaken and, according to the results of the year, dollar quotes will soar to 90 rubles.

Literally in one day, June 15, the cost of the “barrel” of Brent fell by more than $ 5. Now they give $ 38 per barrel. The collapse of oil prices was caused primarily by the sharp increase in coronavirus diseases in the United States, where more than 25 thousand citizens catch it daily, and a new outbreak of a pandemic in China. Celestial Empire had to declare “total quarantine” in 11 administrative districts. “Fears of a second wave of a pandemic will lead to a drop in energy demand and a drop in quotations,” said Artem Deev, head of the analytical department at AMarkets.

The second factor in the collapse of “black gold” is the unexpected demarche of Saudi Arabia. According to the country’s Minister of Energy, Prince Abdul Aziz bin Salman, from July 1, the kingdom intends to increase oil production by a million barrels per day, although in late April, Riyadh was the main supporter of the extension of industrial restrictions. A few days ago, barrel prices broke through the $ 42 mark, and everyone was confident in further strengthening the position of “black gold”. Now, quotes for US WTI oil have fallen to $ 34, that is, approximately to the level at which they were on the eve of the OPEC + deal.

Experts argue that further fluctuations in the price of oil directly depend on the situation with the development of the coronavirus pandemic. The second wave will further reduce global demand for energy and cause a collapse in prices. American underground storage facilities are overfilled with oil and recently set a new historical record in terms of “black gold” reserves.

According to OPEC, it will take about a year to reduce them to normal levels. In India, which is one of the world’s major consumers of hydrocarbons, by the end of May, the consumption of petroleum products decreased by a quarter. “The rapid development of the pandemic reinforces concerns about a future recovery in oil demand,” notes Viktor Shcheglov, personal BCS broker. “Despite the removal of quarantine in different countries, the global economy has just entered a recession, and we are not talking about any pre-crisis recovery in demand. In the best case, it will recover by 80–85%. This means that a significant surplus of raw materials will remain on the market, ”Deev agrees.

“It is too early to talk about unloading oil storage facilities. Overstocking negatively affects the dynamics of prices and prevents the growth of quotations. It is likely that the balance between production and consumption will be established only by the middle of 2021, provided that there will be no new outbreak of coronavirus, ”predicts Yuri Mazur, head of the CEX.IO Broker data analysis department. 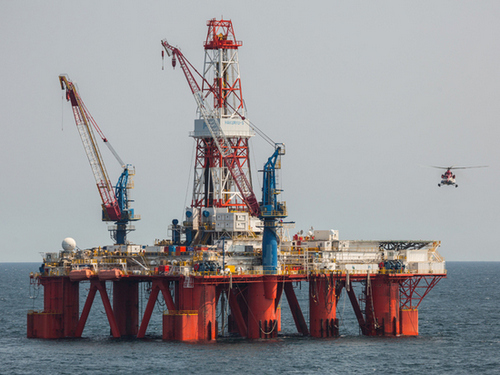 According to Deyev, the uncertainty in the commodity market will force the ruble to actually balance on the edge of the abyss and respond to any movements in oil prices. A serious weakening of quotations, as this spring, will lead to a drop in the national currency to 80 rubles per dollar and to 90 rubles per euro.

The forecasts of the Center for Macroeconomic Analysis and Short-Term Forecasting are even more negative. He estimates the likelihood of a dollar appreciation in the event of a repeated wave of the coronavirus pandemic in our country up to 90 rubles.

Bondarenko leaves the competition in Tianjin