The forward of the Turkish “Geztepe” and the Macedonian national football team, Adis Yakhovich, may move to one of the Russian clubs in winter. TASS was informed about this by the agent of the 30-year-old player Serzhan Jeremic.

On Friday, the Turkish portal Yeni Asir reported that CSKA Moscow is showing interest in the forward and the army club has already begun to contact the management of Geztepe. Local Besiktash and Antalyaspor also show interest in the attacker.

“I can confirm the interest on the part of Russian clubs, but, of course, I’m not ready to name specific ones yet, – confirmed Jeremic. – At the moment it is obvious that Jakhovic is one of the best forwards in Turkey, and he attracts the interest of many clubs. next summer and winter we will think about the best for our careers. “

Jakhovich moved to Geztepe in August 2016 and helped the team advance to the top division of the national championship, scoring 23 goals in 33 matches. After seven rounds of the current championship, “Geztepe” with 13 points takes 4th place in the standings, and Jakhovich has seven goals.

Prior to joining the Turkish club, the striker played for Krylia Sovetov Samara for two seasons and scored 15 goals in 41 meetings. As part of the Macedonian national team, Jahovic played 15 games (3 goals).

CSKA scored 14 times in 12 matches of the Russian championship this season, of which five goals fell on the attackers – Vitinho (3), Timur Zhamaletdinov (1) and Aaron Olanare (1).

Cause of death of 2.5 thousand minks and foxes is being investigated in Karelia 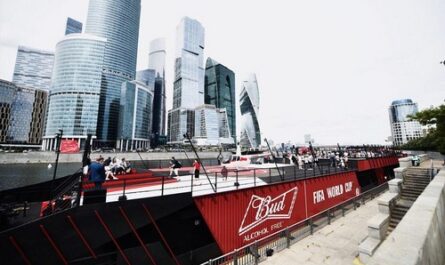