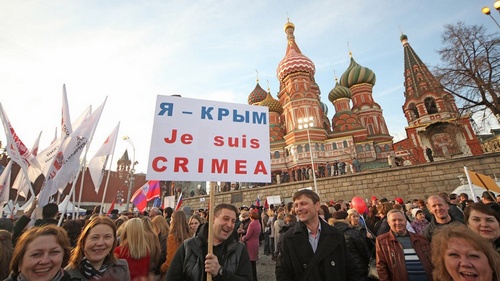 Local authorities in Crimea have compiled a list of artists and officials opposed to Moscow’s annexation of the peninsula.

Russia seized Crimea from Ukraine in 2014 after a contested referendum that was unrecognized by the international community. Several Crimean activists opposed to the annexation, including a Ukrainian film director now on hunger strike, face charges that supporters say are politically motivated.

Crimea’s Civic Chamber announced on Wednesday that it had drafted a so-called “Crimean Dossier” that includes celebrities and politicians who have publicly spoken out against the annexation.

“The figures included in the ‘Crimean Dossier’ spread unreliable information that incites national hatred against Crimea, becoming the main heroes of fake news,” the chamber said.

They “offend the residents of the peninsula,” the institution added.

The chamber, which describes itself as an organization that ensures cooperation between Crimean authorities and residents, said that an updated list would be handed over to law enforcement officials at an unspecified future date.