A resident of Novosibirsk told the police about a lodger because of the “killed” repair. Sometimes landlords are weird, sometimes tenants. Do you have a trash story?

Renting out apartments for a long time has become the most common thing – you can find hundreds of ads for different tastes and colors. Usually we hear the stories of tenants about unscrupulous landlords, who fight prices and rent out every trash. A Siberian woman Evgenia Kurenaya faced the other side of this business – she rented out an apartment to a man who after a while ran away and left behind him devastation. Evgeniya told her story and shared her opinion on how other homeowners should not be trapped. We publish her author’s column.

Now I am a full-time student and do not work (this is my second higher education – I want to become a veterinarian). The money is very much needed. The apartment was bought by the mother of my ex-husband, I lived in it after the divorce. When the money was needed, I decided to hand it over – without intermediaries, since realtors still do not bear any responsibility for future tenants.

The apartment has undergone an expensive renovation: 6 years ago, we paid 200 thousand for the kitchen alone, and in total we invested more than a million rubles in the renovation. I searched for tenants through groups on the VKontakte social network – I searched carefully, looking closely at potential tenants. 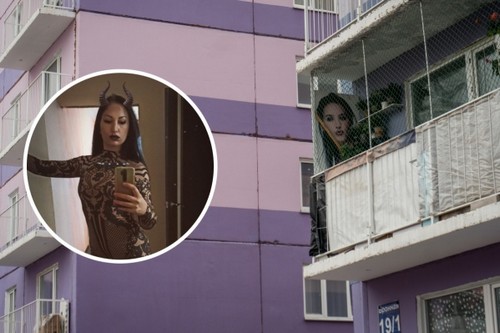 One day a girl called and said that she was currently renting an apartment and there, they say, things were being stolen from her, so she needed to rent another apartment. She immediately warned that she could not leave a deposit, as the situation was urgent. At first glance, the girl seemed positive to me, but later it turned out that this is a dishonest person without shame and conscience. We entered into a standard contract (I downloaded a sample on the Internet) with an inventory of the property, and the next day she drove into a clean and tidy apartment. The girl rented my apartment for more than a year: I am not an arrogant person and with a conscience, I did not come suddenly, I did not tug at her, although I had to.

How a tenant “killed” housing in a year

The moment came when I needed to seal the meters (their validity period expired). I warned the tenant in advance that I would come. When I saw the state of my once cozy apartment, I felt horror – it was dirty, the walls were yellow, the ceiling was yellow, the leg at the table literally fell off before my eyes (it was torn out by the roots and just put under the table). There was dirt in every corner! Scorched hookah marks were everywhere on the linoleum.

The door in the toilet was swollen (apparently from water), the wallpaper was torn, the curtains were torn, and there were splashes of cat urine on the walls, although the lodger drove in without animals. I, of course, have nothing against pets, but they need to be brought up. Although what I’m talking about: first you need to educate yourself, and then the animal. The oven was just like coal, the tiles were covered with a layer of grease … It was a real horror.

At first I saw only a fraction of the damage. We agreed that she would hire a cleaning service and fix the table. The tenant agreed, even threw off my correspondence with the cleaning service. Only a couple of days later, she suddenly wrote to me that she had moved out and left the keys in a box. I just ran away from the apartment in the middle of the night – this can be seen from the CCTV footage. She didn’t remove anything after herself. When I arrived, there were no things, but all the injuries I described above remained. I tried to call her, but she blocked me. So I decided to call the police and write a statement. A district policeman came, took pictures of the damage and said: “Wait, I’ll call you.”

The next day I remembered the name of the organization where the tenant works (she said something in a conversation), and decided to go there. At the reception, they confirmed that they really have such an employee, but they themselves did not call her. They invited a leader, to whom I told everything in detail. She suggested that I calculate the amount of damage – they say, they will transfer parts of her salary to me, and asked me to pick up the application.

As a result, this girl’s boyfriend called me and offered to leave her alone. He said that she would not compensate for anything, that she did not do this, and that everything was the same in the apartment – as if I had no proof. He also said that I was threatening her, that I had intimidated the girl, although I hadn’t said a bad word to her and hadn’t seen her since the moment she ran away. 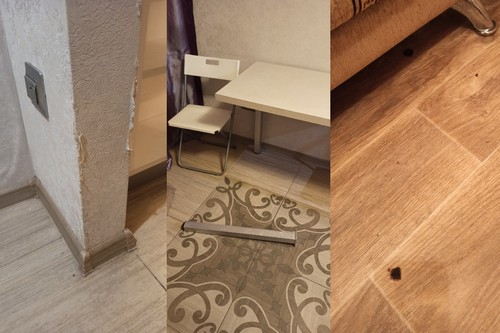 I never took the application. Now I’m not trying to come to an agreement with this girl, I’m waiting for a confrontation. The option to deduct money from her salary has disappeared, since she says that it was so. I really want to find previous people who rented out her housing, because after moving to my apartment, she changed her number a couple of days later – maybe the girl ran away from there too?

Now I understand that an apartment can be rented out only with the cheapest repairs and it is imperative to take a deposit. You also need to go at least once a month and check the apartment. It is better for people under 30 years old not to give up, and for lonely people too. Anyway, I don’t want to mess with it anymore. Cottage by the Ob Sea, village houses and a room at the bathhouse for 60 thousand