16 white hares were released from the Novosibirsk zoo. The touching moment of the first release of animals into the wild was captured on video.

– The season of releases ends in autumn. This year has turned out to be very productive. Here are a few final figures: in 2021, four argali, two elk, fifteen white-headed duck, eighteen Siberian grouses, eleven columns, ten steppe trotters, twenty-five wood grouses, sixteen white hares were released, – according to the official group of the Novosibirsk Zoo.

The footage shows how hares quickly run out of transport cages. In the same forest, the zoo employees released five wood grouses, which were born in the zoo nursery on the basis of the Karasuk scientific station. 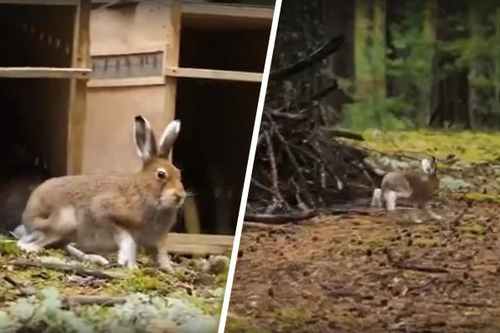 – Biologists are confident that animals quickly adapt to a new place. The zoo developed the method of releasing grouse birds together with the Institute of Systematics and Ecology of Animals of the Siberian Branch of the Russian Academy of Sciences. To minimize stress, wood grouses are not immediately released into the wild, but first placed in an adaptation enclosure, – they also said on the page of the official group of the zoo.

At the beginning of September, 4 argali were released from the Novosibirsk Zoo – individuals of an endangered species of sheep now live in the Saylyugemsky National Park of the Altai Republic.

Strange mushrooms have grown in Novosibirsk: they are usually not harvested in Russia, but in Germany and the Czech Republic they make soups from them

Strange capless mushrooms from the Red Book have grown in Novosibirsk

In Novosibirsk, in the forest on the Klyuch-Kamyshensky plateau, a Red Book mushroom was found. It looks very strange and is rare.

– Yesterday I saw such unknown mushrooms in the forest. Just in case, I didn’t collect it, let them grow, ”an NGS reader sent the photo to the editorial office. 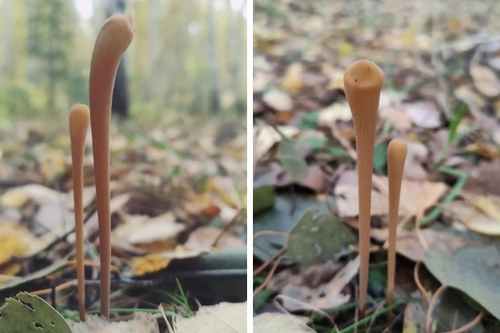 The mushroom is beige in color and does not have a separate cap.

“This mushroom is similar to clavariadelphus reed,” Irina Gorbunova, a mycologist and senior researcher at the laboratory of lower plants of the Central Siberian Branch of the SB RAS, told the NGS correspondent.

The mushroom is edible after boiling, but of low taste. In Russia, mushroom pickers prefer not to pick it, but in Germany and the Czech Republic, soups are made from it.