He’s the man who designed the phone that revolutionised the technology industry.

But it seems that Chingford-born, Sir Jonathan Ive, isn’t impressed with everyone’s use of the device

Sir Ive, Apple’s chief designer, says while the iPhone has ‘wonderful use’, many people ‘misuse’ the device by constantly using it.

Sir Ive also revealed that his inspiration for creating the first iPhone in 2007 was a ‘loathing’ for the other phones available at the time. 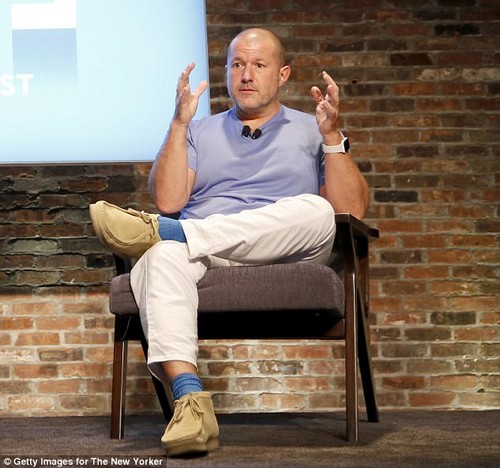 Sir Jonathan Ive was speaking during an interview on stage at the New Yorker TechFest when he said that while the iPhone has ‘wonderful use’, many people ‘misuse’ the device by constantly using it

THE APP FOR PHONE ADDICTS

In a move that might seem counter-intuitive, a Berlin-based psychologist has developed an app to help wean us off our gadgets.

Called Offtime, it limits which apps can be used to avoid distractions, or prevents people from contacting you unless in an emergency.

It doesn’t limit connectivity permanently; instead, users can enable Offtime mode for any time when they need to focus, or at set times during the day.

And there are various levels of customisation.

For example, all calls, texts and notifications can be blocked during Offtime.

Alternatively, users can pre-select so-called VIP contacts that are never blocked, and can get hold of the phone owner even when Offtime is enabled.

Sir Ive was speaking during an interview on stage at the New Yorker TechFest.

When asked how the iPhone has changed the world, Sir Ive said: ‘Like any tool, you can see there’s wonderful use and then there’s misuse.’

And when probed on what he thinks iPhone ‘misuse’ consists of, he added: ‘Perhaps, constant use.’

Sir Ive has led Apple’s design team since 1996, and was responsible for designing the iconic look and feel of the revolutionary iPhone in 2007.

But the new interview suggests he sees a dark side to these products.

Thankfully, Sir Ive said that he sees another of his designs as a solution to this addiction.

Sir Ive, however, hinted at another Apple product that may be used as a solution.

In response to a question about whether he personally checks his email constantly, Ive said: ‘With my new Apple watch, I tend to not.’

During the interview, Sir Ive also spoke about his inspiration for the original iPhone in 2007.

Surprisingly, he said that he was influenced by hatred to create the device.

‘When we worked on the iPhone, certainly a significant part of our motivation was the loathing we had for the phones that we were using. 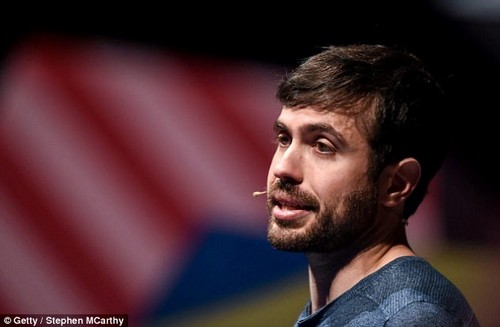 A former Facebook software engineer has turned his back on apps, despite playing an instrumental role in their success. Justin Rosenstein is concerned that what started as a Silicon Valley success story could end in a future where people are permanently distracted

‘I think they were a little soul destroying.’

Sir Ive’s interview comes just days after a former Facebook software engineer revealed that he had turned his back on apps, despite playing an instrumental role in their success.

Justin Rosenstein developed the iconic ‘Like’ feature for the social media site, beloved of many users and employed as a way of rating the popularity of their posts.

WHO IS JONY IVE?

Jony is responsible for all design at Apple, including the look and feel of Apple hardware, user interface, packaging, major architectural projects such as Apple Park and Apple’s retail stores, as well as new ideas and initiatives.

His first job was to redesign the Mac for the modern era, but he went on to design the iPod, the iPhone, the complete Mac lineup, and the iPad.

He holds over 5,000 patents and has been recognised with several design awards, including the Design Museum London’s first Designer of the Year in 2003, the Design and Art Direction (D&AD) President’s Award in 2005 and the Cooper-Hewitt National Design Museum’s Product Design Award in 2007.

He was made a Knight Commander of the British Empire in 2013 ‘for services to design and enterprise.’

Yet a decade later, the coder has cut himself off from the allure of notifications and other online distractions.

He has banned all apps on his phone because he doesn’t trust himself not to get addicted to them.

What started as a Silicon Valley success story could end in a future where people are permanently distracted by devices from the world around them, he argues. 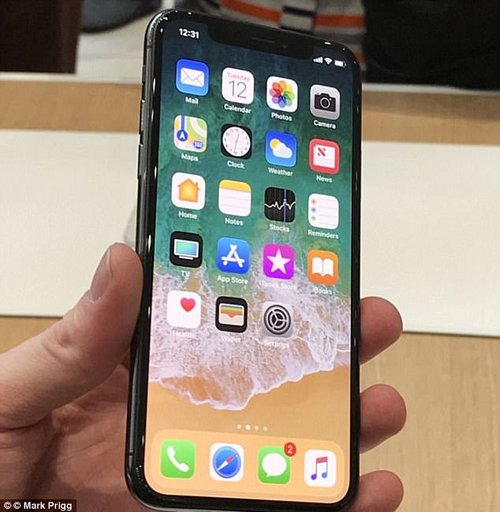 When asked how the iPhone has changed the world, Sir Ive said: ‘Like any tool, you can see there’s wonderful use and then there’s misuse.’ Pictured is the iPhone X

Speaking to The Guardian, Mr Rosenstein said: ‘It is very common for humans to develop things with the best of intentions and for them to have unintended, negative consequences. Everyone is distracted, all of the time.

‘One reason I think it is particularly important for us to talk about this now is that we may be the last generation that can remember life before.

‘If we only care about profit maximisation, we will go rapidly into dystopia.’ 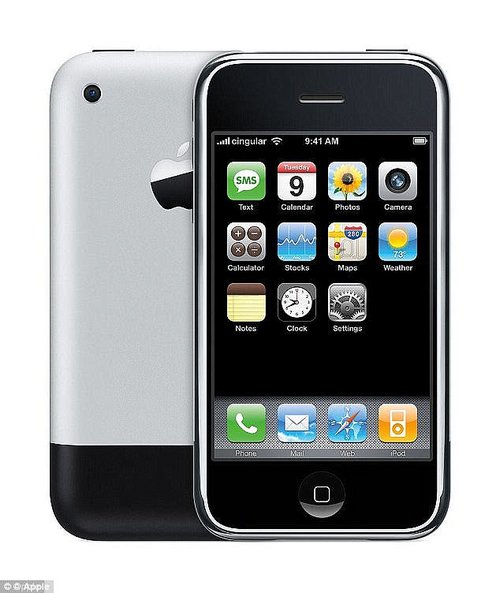 Sir Jony Ive has led Apple’s design team since 1996, and was responsible designing the iconic look and feel of the revolutionary iPhone (pictured) in 2007. But the new interview suggests he sees a dark side to these products

‘Steve was the most focused person I’ve met in my life.

‘It’s terrifying that when you really truly focus, it seems a bit illegal.

‘You can achieve so much.

‘What focus means is saying no with every bone in your body to something you know is a good idea but you say no because you’re focused on something else.

‘I remember talking to Steve Jobs and asked why he was perceived as harsh.

‘And I said couldn’t we be more moderate? And he said why? And I said because I care about the team.

‘And he said: ‘No Jony, you’re just really vain. You just want people to like you. I’m surprised at you, because I thought you really held the work up as the most important and not how you are perceived by people.”

‘People misunderstand Steve because he was so focused’

How Google is transforming healthcare with AI

How to increase e-commerce performance without reducing prices