Brazil were back out on the training ground as they prepare for their final match of their World Cup qualifying campaign.

The Selecao will face Chile in the early hours of Wednesday morning (BST) and 23-year-old defender Marquinhos is set to take the captain’s armband for the first time.

Marquinhos is one of three Paris Saint-Germain stars in the Brazil squad, alongside former Barcelona duo Neymar and Dani Alves, both of whom have significantly more international experience. 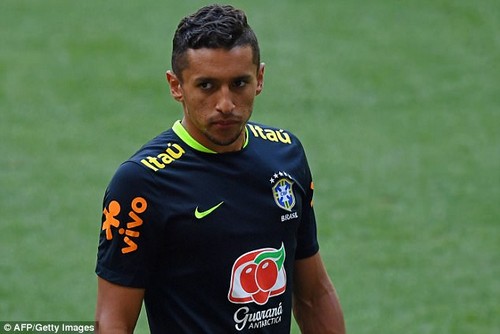 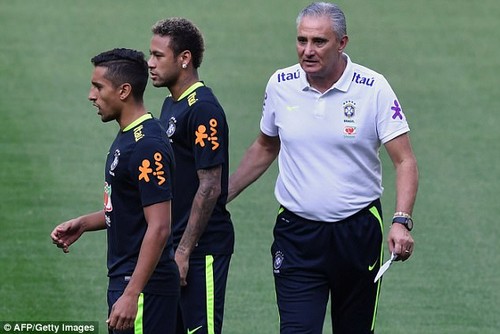 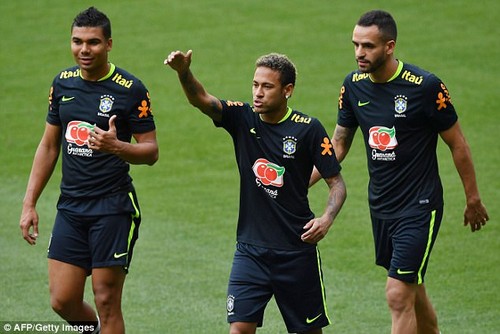 And even though Neymar has captained under Tite, it is the 23-year-old who gets the nod 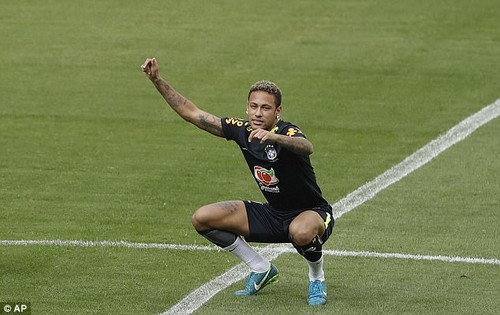 Thiago Silva, another team-mate in the French capital, will miss the Chile clash after being forced off against Bolivia last Thursday.

So it will be Marquinhos who will lead the Brazilians, becoming the 13th player to do so under boss Tite, at Allianz Parque when Alexis Sanchez and Co come to Sao Paulo.

And Tite was out on the training ground on Monday to ensure his side’s final preparations were carried out as well as they had been throughout the qualifying campaign.

Brazil have already booked their place at Russia next year, having qualified after beating Paraguay 3-0 back in March. 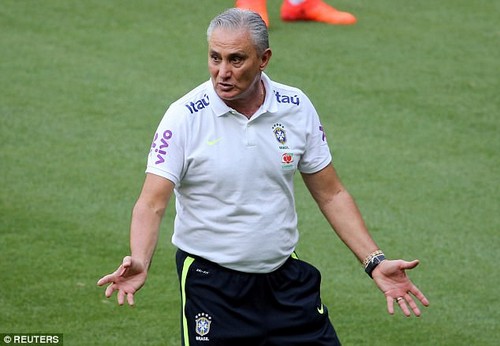 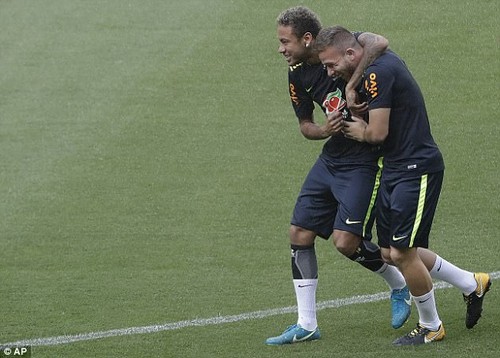 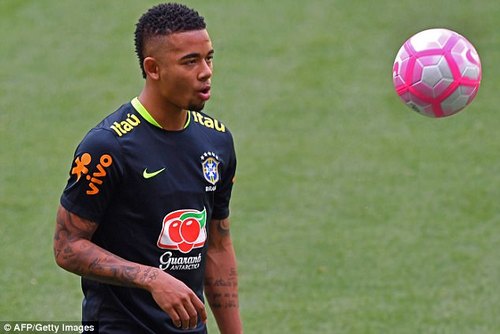 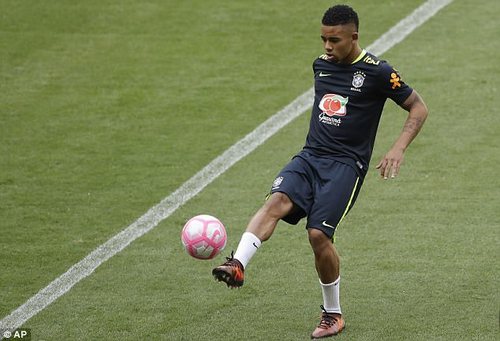 But Manchester City striker Gabriel Jesus insisted that the Brazilians are not taking their next task lightly and will be prepared for the challenge.

‘We qualified for the World Cup three matches ago and this has not changed the seriousness and the behaviour of our team,’ Jesus said. ‘And it won’t change n
ow.’

The five-time World Cup winners appeared in particularly high spirits during their session in Sao Paulo.

But make no mistake, Neymar and Co will hope that their imperious form will continue in the early hours of Wednesday. 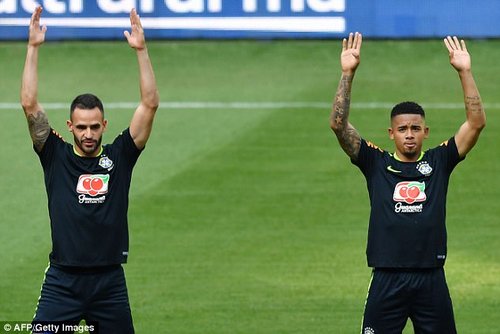 And Jesus, pictured with Renato Augusto, is adamant Chile will not get an easy ride 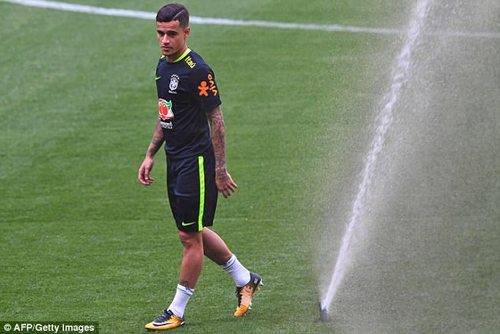 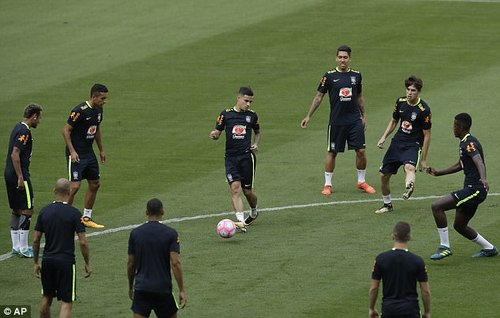 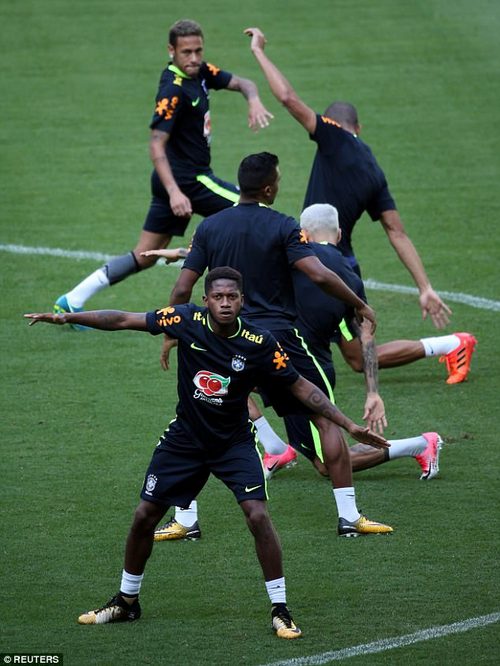 Belgium 4-0 Cyprus: Nine wins out of 10 for Martinez’s men