Even the most ardent England fan would be hard pressed to say the last two World Cup qualifying games against Slovenia and Lithuania have been exciting.

And for the first time in this less-than-thrilling campaign, it looks as though the remarkably loyal armchair support switched off from watching the England game in Vilnius despite its primetime kick-off at 5pm on Sunday.

The poor viewing figures for the dull 1-0 win were an average of 3.69million and a peak of 4.98m. That made it the only match in the 10-game route to Russia – all covered live on ITV – for which the ratings had sunk below a 4m average and 5m peak. 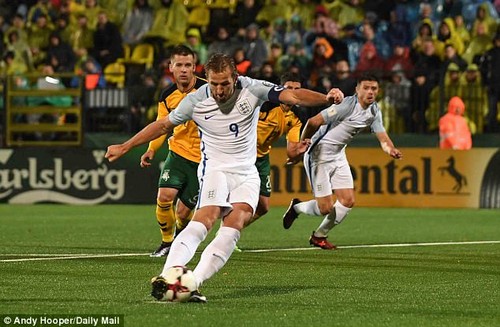 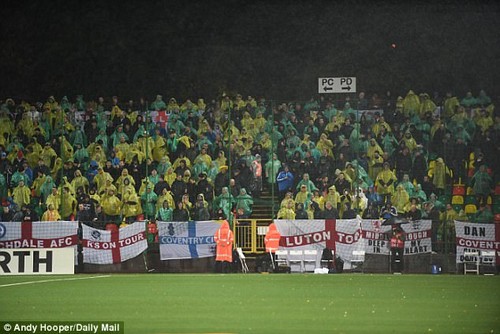 An average of 5.07m had watched the 1-0 victory over Slovenia at Wembley last Thursday, with a peak of 6.18m. By either measurement, well over a million viewers deserted England.

Lithuania was a dead rubber, which would have been a turn-off for some. The big problem for the FA’s future England rights will be if the downward trend continues. 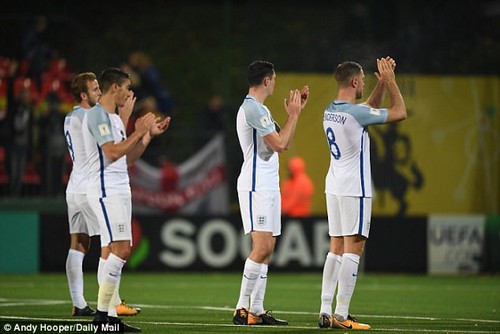 An average of 3.69million and a peak of 4.98m watched England’s final World Cup qualifier

Blackburn Rovers director Robert Coar is taking up the case of former linesman Kevin Lynch, who has yet to receive his England cap from the FA in recognition of being on the FIFA list in 1992.

Coar is due to speak to FA referees chief David Elleray on Tuesday about the omission. Lynch, a corporate suite host at Blackburn, plans to take legal action against the FA for discrimination unless it is resolved.

Steve Holland likes to keep the lowest of profiles as Gareth Southgate’s assistant. But he was stage centre in front of the players at the end of the match in Vilnius, clapping the England fans.

Holland even took off his training coat and gave it to one of the travelling supporters. Hopefully the recipient was not a member of the extreme right-wing group Football Lads Alliance, whose initials were on one flag being prominently displayed at the England end of the ground.

The newly formed protest movement – supposedly groups of football fans concerned about the recent upsurge in terrorist activity in the UK – held a demonstration in London at the weekend. They are calling for foreign terrorist suspects to be deported.

The Football League are still waiting to hear from the FA protocol committee regarding what action they propose to take against the 11 blazers who passed on their personal tickets against regulations for last season’s League Cup final between Manchester United and Southampton.

Ford, who is an established host of Premier League matches for the overseas market, went on Twitter to question how much new material there had been in the BBC’s 80th birthday tribute to football icon Sir Bobby Charlton.

Ford posted: ‘Is this Charlton doc a repeat or a rehash of old interviews?’ He added: ‘Don’t see any new interviews? Doesn’t look like HD.’

The BBC said the Charlton programme, which was produced in house, had included 70 per cent fresh content – including all the interviews. 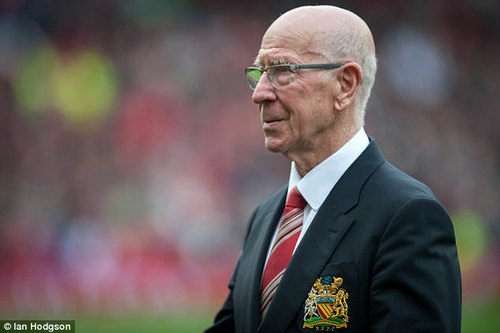 Ford was reprimanded by IMG, who run Premier League Productions, after he was highly critical of 5 Live commentator Alan Green last April. He said on Facebook that Green ‘complains about everything’ and added two insulting emojis.

IMG ordered Ford to take down the Facebook posting and warned him about his future conduct.

However this time Ford was fortunate that both IMG and the Premier League felt
he was asking a question rather than being openly critical. 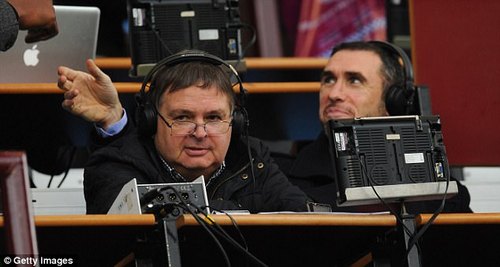 Neil Lennon: celebration was a ‘have some of that’ to Rangers fans after 5-5

One thought on “One million fans turn off tedious England”