The humiliation of defeat by lower league opposition was made even worse for Crystal Palace on Tuesday night when fans took their frustration out on defender Pape Souare.

Premier League strugglers Palace were left embarrassed after they were thrashed 4-1 by Championship side Bristol City in the fourth round of their Carabao Cup clash at Ashton Gate.

Following the full-time whistle Souare, who has only recently returned to action after a year out following a serious car crash, went to throw his away shirt into the stands in appreciation of their support. 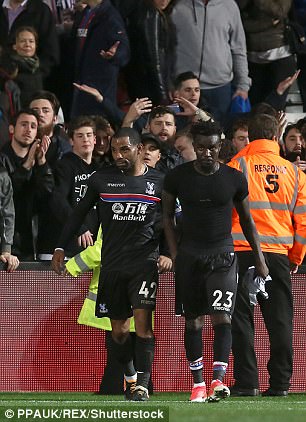 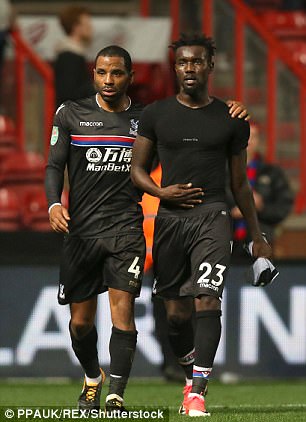 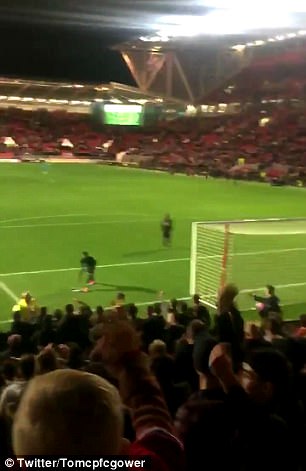 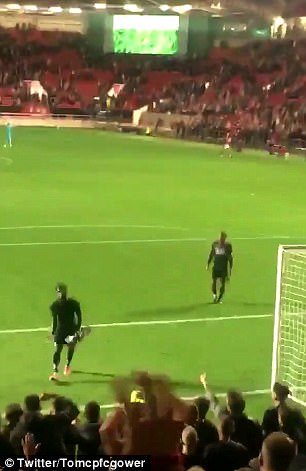 After Souare had given fans his shirt, the Palace fans showed their anger by launching it back

But the left back’s gesture was not well-received by the travelling supporters and one fan decided to throw the shirt back in anger.

Souare was forced to pick up his jersey from the Ashton Gate pitch before being consoled by Eagles captain Jason Puncheon.

Following the humiliating defeat, Roy Hodgson said the fans are ‘entitled to show signs of displeasure’ due to the club’s dreadful start to the league campaign.

He added: ‘Our fans are very good and are a major weapon, so the last thing I am ever going to do is say anything negative about them.’ 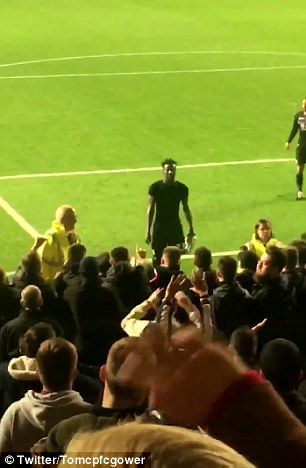 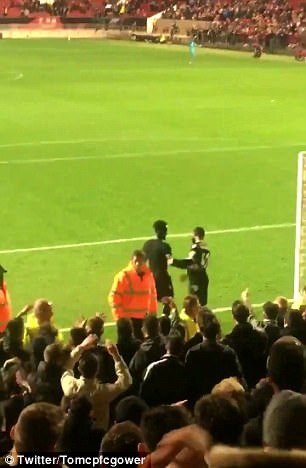 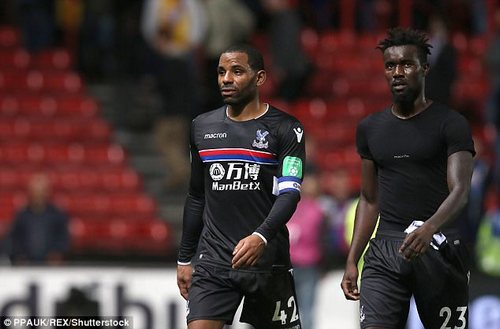 The Premier League strugglers were dumped out of the Carabao Cup as Bristol City came from behind to win 4-1.

Bakary Sako had put Hodgson’s much-changed side, who are bottom of the top-flight table with just three points, ahead in the 21st minute.

However, Matt Taylor equalised in the 34th minute after a mistake from Patrick van Aanholt and City were in front five minutes later through a close-range finish from Milan Djuric.

Joe Bryan crashed home a third on the hour when his left-foot drive went in off the crossbar, with Callum O’Dowda knocking in a fourth six minutes later to compound a miserable night for the Eagles. 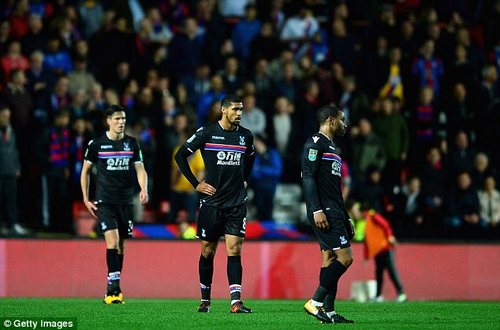 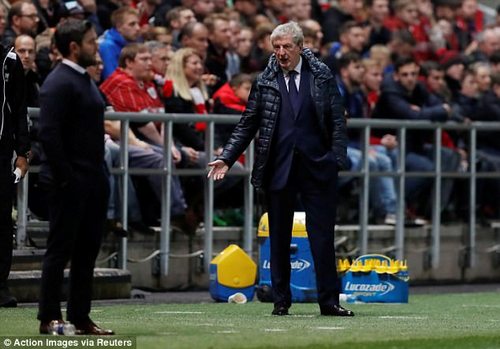 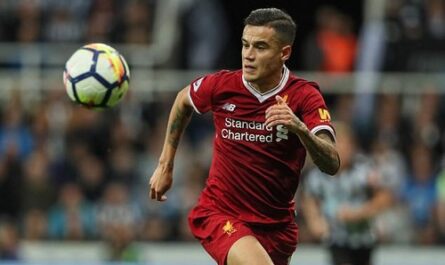