The first match in the new season, Fakel played poorly

On the road in Tomsk, Voronezh lost 2-0. 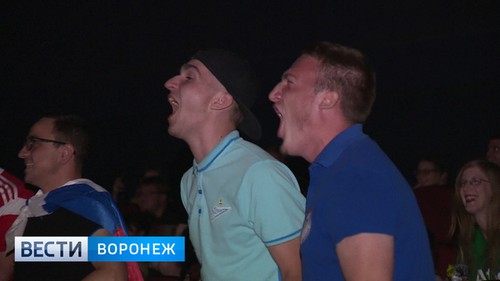 “Torch” was not able to score points in the first game of the new season in the FNL. In the away match against “Tom ‘” our players showed good football, fought hard, but lost 2-0.

Both goals scored by far the best player owners Kukharchuk. The first goal Ilya was sent to the gate as early as on 13 minutes, and the final score was set at the end of the game when the “Torch” turned Tomich, but missed a counterattack.

In the composition of the Voronezh team best of all looked like a veteran of domestic football Igor Lebedenko, well he was helped by Artem Molodtsov, but in addition to hitting the crossbar, our team are unable to create a truly poignant moments and productive attack for a whole match.

“Tom” clearly deserved to win more. But the prospects for a “Torch” cannot be called hopeless.

Sunday, July 22, the new composition of the Voronezh club
will play in front of their fans against FC “Sochi”.
The match starts at 17.00.

Action-Packed drama. Voronezh celebrated the victory of the Russian team all night

After the match on the Central streets of Voronezh was really crowded.

They dedicate poems, rename the city, and their images are found on the bills. The victory of Russia over Spain occurred throughout the country. Voronezh was no exception – I watched a match at home, in cinemas, bars, in the fanzone. And after an amazing game, not in forces to constrain emotions, people took to the streets of the city.

On screens across the country – football. Instead of a new hire at the cinema – a thrilling drama of Spain and Russia, with an uncertain end. The audience is prepared – “whiskers of hope” instill confidence in the team. Not losing her even after the goal from Spain. Appointed at the end of the first half penalty dramatically changes the story.

The score – 1:1 and this is the hope of the fans. After the first half everything seems possible.

– The game is just amazing, we replayed the Spaniards. Just in shock, just class! The film is simply the best, a fan of Nikita.

On the Admiralty area of over 2,5 thousand fans. After each attack or rescue the gate the Russian goalkeeper, Voronezh gratefully applauded. And, of course, asking a goal.

In extra time the Voronezh residents are not satisfied – react to every dangerous moment. 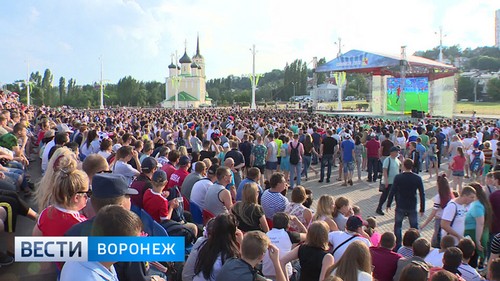 On the faces of fans voltage, which makes a hearty snack of hot dogs, but also relieves stress. Before the penalty shootout Voronezh, as well as all country, support goalkeeper, who now all hope.

With every accurate shot the Russian players that most fans hope for victory grows in confidence. And here’s the crucial shot on goal Igor Akinfeev – some interchanges are the most unpredictable match I am waiting for the tears.

Now this truly incredible a Russian national team victory over Spain believes every. 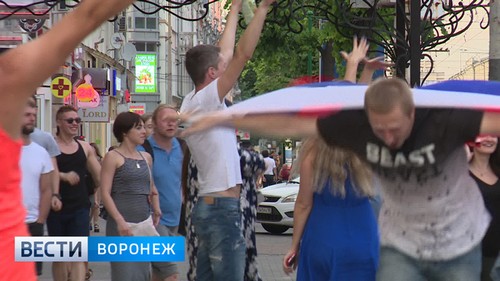 Immediately after the match, all the emotions here – on the streets. Pedestrians and motorists congratulate each other with victory loud and fun.

And this is only the beginning. In the evening, when all the fans walked out of bars on the main streets of the city was really crowded. In social networks immediately began to appear a video of how the citizens celebrate the victory. Joy of Voronezh, literally, there was no limit – the winning Russian team in the 1/8 finals of the world championship celebrated until late at night.

How to collect a bill, not yet known. 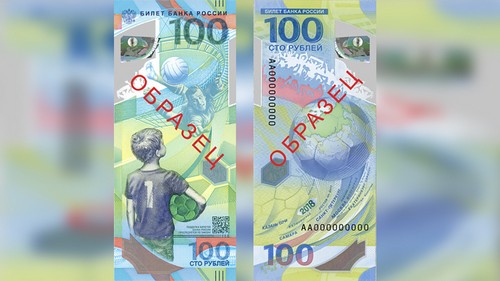 Polymer commemorative banknote of 100 rubles, dedicated to the world football Championship-2018, will present in Voronezh in June, said the Deputy Manager of the office of the Central Bank of the Russian Federation on
Voronezh region Sergey Chernyshov on Wednesday, may 23. Then bill appears in banks.

This is the first polymer (or plastic) banknote issued by the Bank of Russia. Edition new scrublike will be about 20 million copies, but how many of them will go to the Voronezh region, the same is not solved.

On the front of scrublike depicts a boy who “wants to repeat the achievements of some great players such as goalkeeper Lev Yashin,” said the press service of the Central Bank. On the flip side – flying soccer ball, symbolizing the globe, on which stands a map of Russia. Below are the names of the cities which will host matches of the championship.

The polymer banknote is more durable than conventional paper. In addition, the use of such a framework allows you to use visual security features – for example, bright holographic image in its upper part. And ultraviolet light are visible official logo and emblem of the world football Championship FIFA.

In addition, the vertical strokes on the edges of the front side of the banknote have the raised relief, determined by touch. On the front side is also a QR code with a link to the page of the Bank of Russia website with detailed information about the security features.